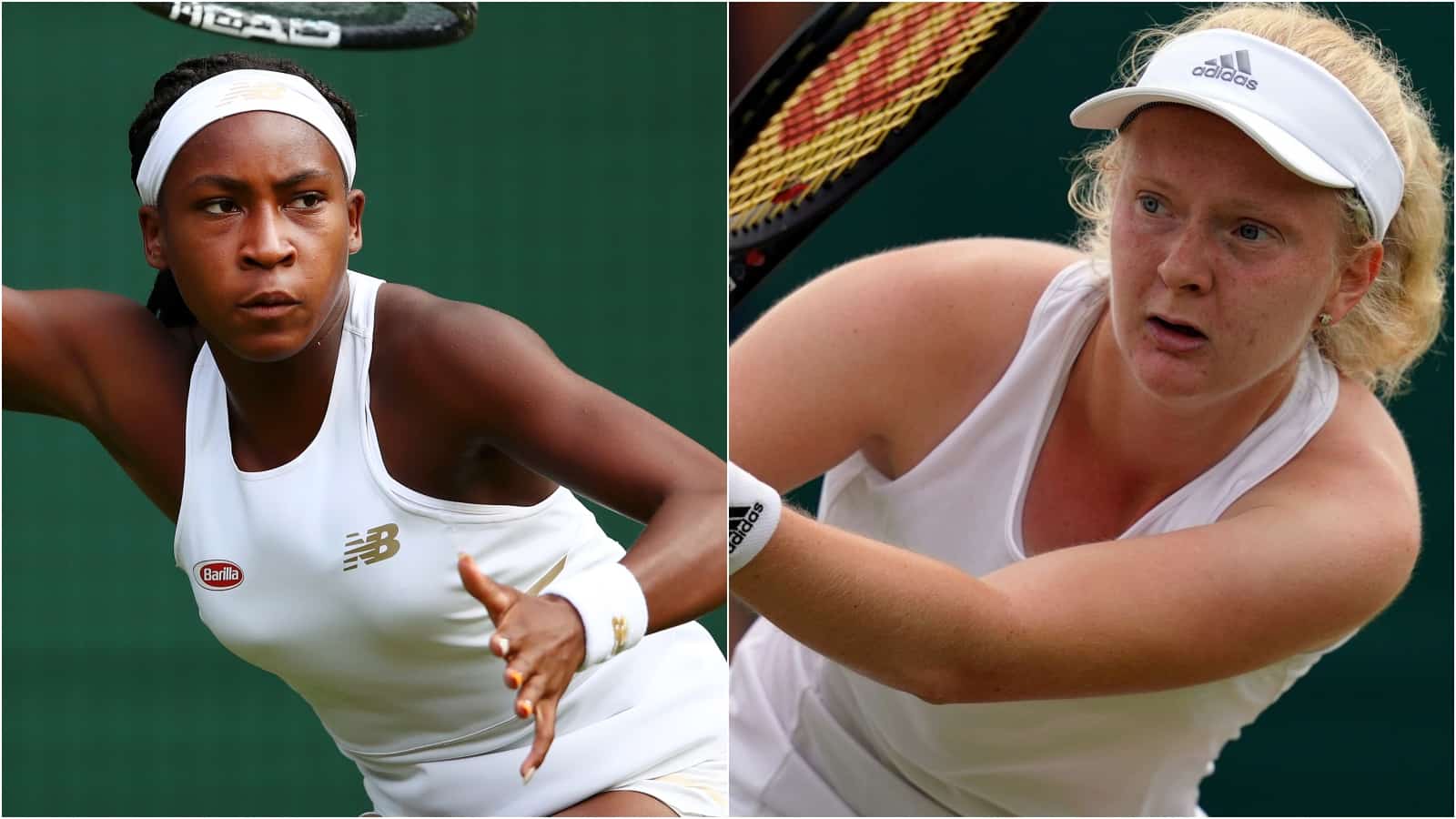 In the opening round of the Wimbledon 2021, World No. 23 and the 20th seeded Coco Gauff will be up against World No. 210 Francesca Jones.

Coco Gauff will be back at the All-England Club where she received her biggest breakthrough back in 2019 when she became the youngest ever entrant at the main draw of Wimbledon in the Open Era. The 17-year old American had reached the 4th round of the 2019 Wimbledon after having defeated Venus Williams in the 1st round itself.

Gauff will come to Wimbledon from a 2nd round defeat at the WTA Eastbourne 2021 which was her only tournament this season on Grass in her preparation for the Grand Slam in Wimbledon. She had a great Clay season winning a double at the WTA Parma Open 2021 and also making it to her first Grand Slam quarter-final at the French Open 2021.

Francesca Jones finally enters the main draw of the Wimbledon Championships after failing to do so in her previous two attempts. The 20-year old Brit was defeated in the opening rounds of the qualifying matches back in 2018 and 2019 and by the virtue of a wildcard, she enters the main draw this season.

Francesca played all 3 Grass tournaments held in Great Britain this season but failed to win any of those matches. She saw 1st round defeats at the WTA Nottingham Open and WTA Birmingham Classic and lost in the 1st qualifying round at the WTA Eastbourne 2021.

This will be their 2nd ever meeting and first on Grass. The duo met for the first time at the 2021 Adelaide International in the qualifying round 1 clash where Gauff won in straight-sets and leads the head-to-head tie 1-0.

Francesca comes into the tournament chasing her first Grass win since she won her only match in the 2016 season. She has a poor Grass record of 1-8 and has a season record of 14-13 across all surfaces which include her tournaments played on the lower divisions of the WTA tour.

Coco will take the court as the favourite for this clash given her dream debut run in 2019 and her fantastic form this season. She comes into the clash with a career Grass record of 7-2 and an overall season record of 28-11.