World No. 2 Daniil Medvedev had one of his best seasons on the Tour in 2021 winning his first-ever Grand Slam title at the 2021 US Open in what was his 3rd Grand Slam final. Medvedev had started the season leading Russia to the 2021 ATP Cup title and then made his way to a runners-up finish at the 2021 Australian Open.

He won his first-ever title of the season at the Open 13 in Marseille which saw him rise to World No. 2 in the ATP rankings. Having struggled on the Clay courts earlier in his career, the Russian made it to the quarter-finals of the 2021 French Open for the very first time. Preparing for the 2021 Wimbledon, he played and then won the inaugural 2021 Mallorca Championships before losing in the 4th round of Wimbledon.

As he prepares to play for Russia at the 2021 Davis Cup, Medvedev spoke about what has been a tiring season. “This is the last part of the season and I would be lying if I told you that I am not exhausted, although in every tournament I try to do my best.

“So far I have only had one training session, but I just had a good performance in Paris and Turin and I can’t wait to give my best to help the team. Every point counts and that will be my goal this week,” said Medvedev.

The Russian had earlier criticised the new format and schedule of the Davis Cup that now extends the season into December which gives players little time to rest and prepare for the 2022 season. With the Covid restrictions in place, there have been restrictions

“We are the only sport that plays 11 months a year. Davis Cup final is on December 5th and the flights to Australia will be departing on December 26-27th so you basically have to choose between proper rest that limits your preparation for next season or proper preparation without rest,” Medvedev had said earlier.

The Russian Tennis Federation is placed in Group A along with defending champions Spain and Ecuador.

Also Read: “I hope there are no more cases” Rafael Nadal shares a message of encouragement for the Spanish team at the Davis Cup after Alcaraz tests positive for Covid-19 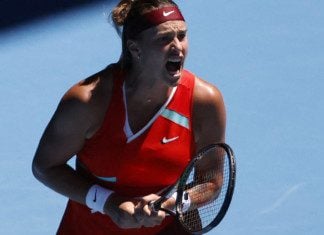