Roger Federer is a name that people even outside the tennis circuit can immediately recognize. With the passage of time, Federer has become a household name for people interested in sports as well as a global celebrity.

The Swiss player has time and again flabbergasted the spectators and the whole world alike by his skill as a 20 time Grand Slam champion, a record shared with Rafael Nadal and Novak Djokovic. These 3 players, referred to as the “Big Three” are recognized as the greatest tennis players ever.

The plethora of fans that he has amassed over all his years in the court has been disappointed in the recent trend of his career where he has been unable to play several large tournaments due to injuries. In January 2021, he withdrew from the Australian Open 2021 due to ongoing recovery from knee surgery.

On August 15, Federer announced that he underwent another knee surgery after a further injury during the grass-court season. He withdrew from the US Open and stated that he would be off the tour for “many months”, but he also hopes to make a return to the tour in 2022.

Will Roger Federer be able to play the Australian Open 2022?

Roger Federer has confirmed that he will not play at the 2022 Australian Open and said he would be “extremely surprised” if he is able to be fit for Wimbledon.

“I need to be very patient and give my knee the time to heal. The next few months will be crucial. My ambition is to see what I’m capable of one last time. I also wish I could say goodbye in my own way and on a tennis court. That’s why I’m giving my all in my rehabilitation,” he said.

“Then let’s be clear, my life is not going to fall apart if I don’t play a Grand Slam final again. But it would be the ultimate dream to go back. And in fact, I still believe in it. I believe in these kinds of miracles,” said the Swiss professional to Swiss publication Le Matin.

Federer is still recovering from the third round of knee surgery he has had in 18 months after playing only 13 matches in 2021. Even though the fans are disappointed, they wish that this is not the end of the majestic performances that made him popular and he can return to the sport and bid a proper farewell when he decides it for himself. 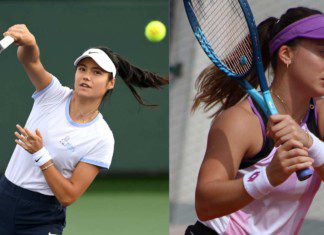