Anett Kontaveit will be up against Maria Sakkari in the semifinal of 2021 WTA Finals. Kontaveit is ranked 8th in the world while Sakkari is the World No.6.

Anett Kontaveit has had a dream second half of the season. She has dominated the WTA tour on indoor hardcourts this season and sneaked into the WTA Finals with a title victory at Romania. After bowing out of the third round at Flushing Meadows, she won the Ostrava Open and also made it to the quarterfinal at Indian Wells. She then won the Kremlin Cup at Moscow and followed it up with another title victory at the Transylvania Open after a straight sets victory over Simona Halep in the final.

In Mexico this week, Kontaveit notched up back to back straight sets victory over Czechs Barbora Krejcikova and Karolina Pliskova before losing to Garbine Muguruza in her last group stage match.

This week at the WTA Finals, she won her opening match against Iga Swiatek before losing to Paula Badosa. She then notched up the all important win against top seed Aryna Sabalenka to reach the semifinals.

This will be the 12th meeting between the duo. Sakkari leads the H2H 6-5. They last met at Ostrava this year where Kontaveit won in straight sets.

Nobody could’ve predicted a few days back that these two women will be fighting for a spot in the mega final, but such has been the nature of the WTA tour this season. Sakkari has been the better player statistically throughout the season but Kontaveit has lit up the indoor hardcourts like nobody else. The Estonian has won 21 out of her last 24 matches and is probably the player to beat. Expect a thrilling encounter between two hard hitters of the ball with Kontaveit making it to yet another final. 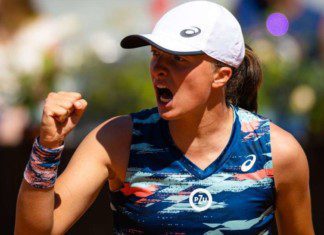