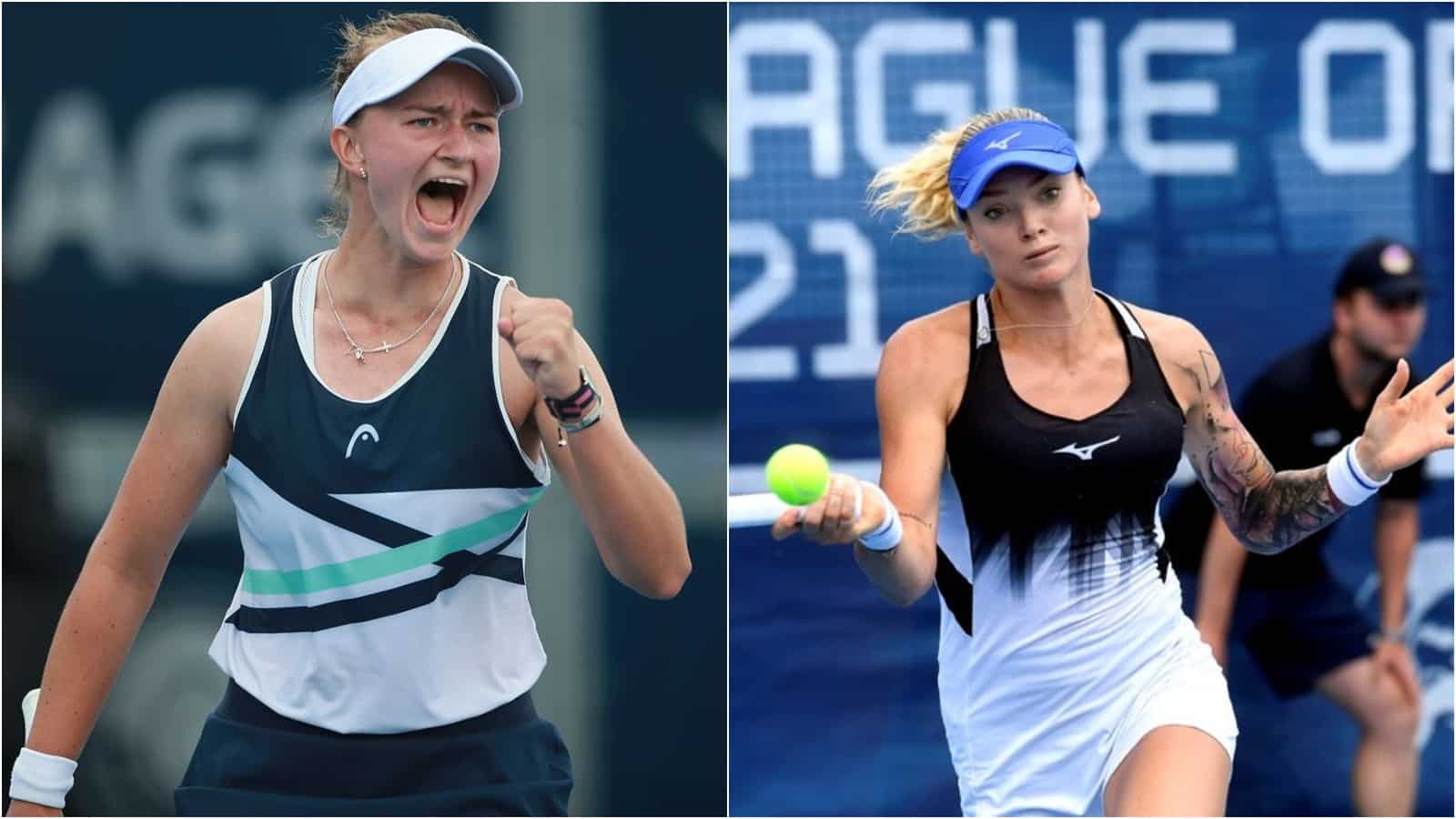 In the finals of the WTA Prague Open 2021, World No. 13 and the 2nd seeded Barbora Krejcikova will be up against World No. 78 and the 8th seeded Tereza Martincova in an all-Czech final in the capital city.

Barbora Krejcikova reaches her 4th final of the season and 2nd on Hardcourts as she moves past XinYu Wang in straight-sets to win her 4th consecutive straight-set victory this week in front of her home crowd. Barbora needed just 69 minutes to defeat Wang 6-1, 6-2 and make it to her 2nd finals on hardcourts this season.

The semi-final victory was the 2nd occasion when she lost only 3 games in this week. Of the 8 sets she has played so far, she has lost only 21 games this week as she continues to dominate and extend her good run across surfaces.

Tereza Martincova reaches her first ever finals of the season as she moves into the finals after defeating Belgian Greetje Minnen in the semi-finals. Tereza defeated Minnen 6-3, 6-4 and similar to Barbora makes it into the finals without dropping an entire set in the week at Prague Open.

Tereza has played 71 games this week winning 48 and losing 23 of them and has surprised many with her performances as she had been struggling throughout this season and now has a shot to win her maiden WTA title.

This will be the 4th meeting between the two Czech’s and their first on outdoor hardcourts. They have met twice on Indoor Hardcourts and once on Carpet with Barbora leading the head-to-head tie 2-1.

While they have similar numbers, Barbora seems to be the favourite for the title given her recent run which saw her lifting an historic double at the French Open 2021 and also making it till the 4th round at the Wimbledon 2021 only to lose to eventual champion Ashleigh Barty.