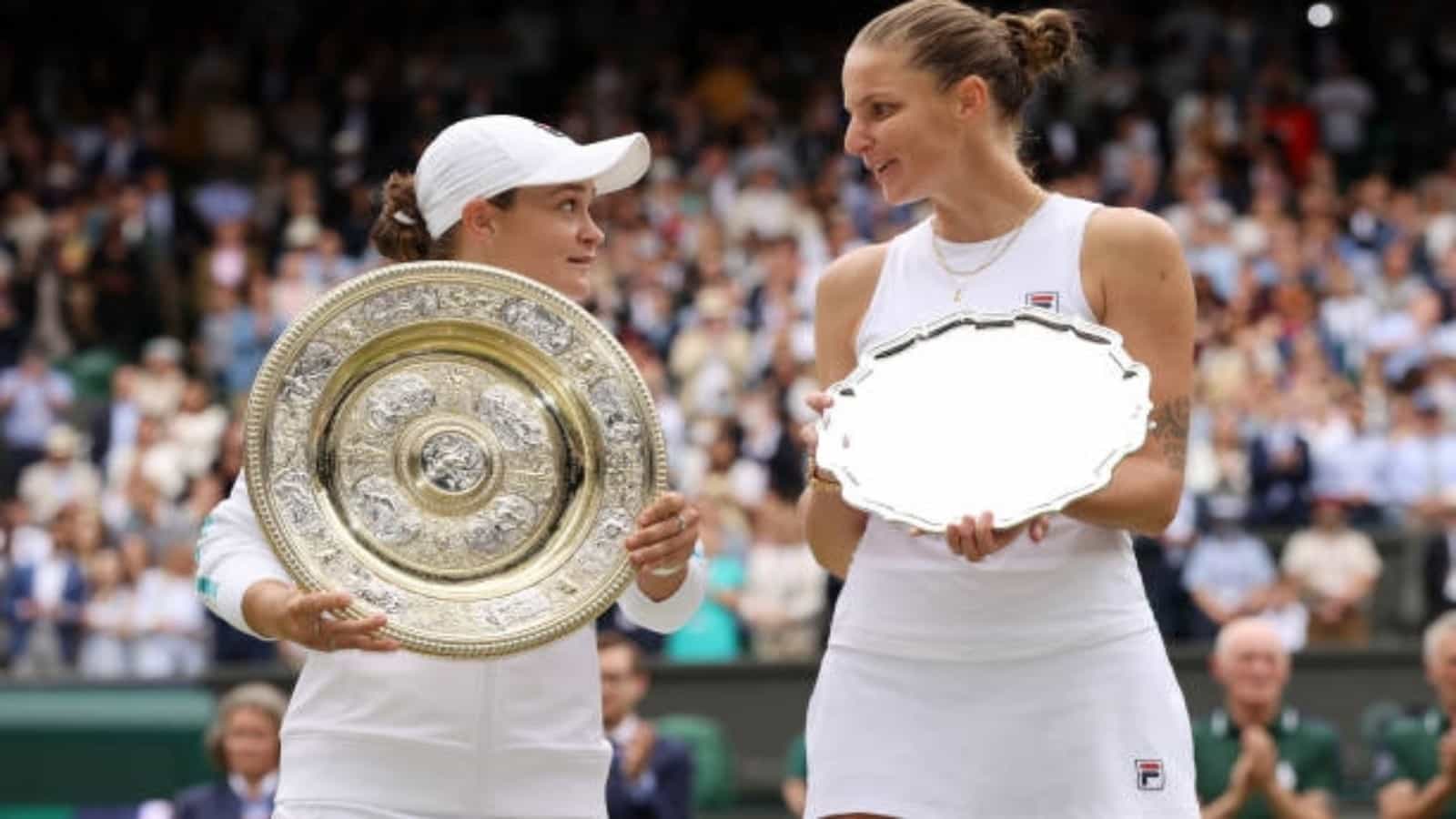 The third grand slam of the year, Wimbledon 2021, has come to an end with the top seed Ash Barty coming out as the last woman standing after a fortnight of quick fired grass court tennis. She beat Czech Karolina Pliskova in the final in three sets. And after Wimbledon, the WTA Rankings see a massive shakeup inside and outside the top 10.

World No.1 Ash Barty extends her lead by over 2000 points to second placed Naomi Osaka. Despite not participating at Wimbledon 2021, Osaka just loses 10 points and is still the world no.2. Semifinalist Aryna Sabalenka reaches her career high ranking of No.3 in the world while 2019 Champion and finalist Simona Halep and Serena Williams lose 6 places each.

Despite a poor run, Sofia Kenin and Bianca Andreescu move two places each while Elina Svitolina goes a place down. Wimbledon runner-up, Karolina Pliskova moves back into the top 10 with a 6-place jump. Defending champion, Simona Halep didn’t compete at The Championships this year which cost her 2000 points, pushing her down to 9th place. Iga Swiatek moves to No.8 spot while Garbine Muguruza finishes the top 10.

2019 Champion Simona Halep and Finalist Serena Williams see the biggest drop in the latest rankings. Simona Halep, who has No.3 in the world dropped 6 places and is now the new world no.9. She didn’t compete this year due to an injury.

23-time grand slam champion, Serena Williams bowed out in the first round of Wimbledon 2021 after she was forced to retire during her match. She slipped on the court and was unable to compete, walking out of the court in tears. She dropped a whopping 1290 points, which cost her 6 places. She was ranked 8th in the world before Wimbledon and will now rank No.16 in the world, outside the top 15.

Also read: ‘I hope I made Evonne proud,’ Ash Barty tears up after her Wimbledon 2021 triumph