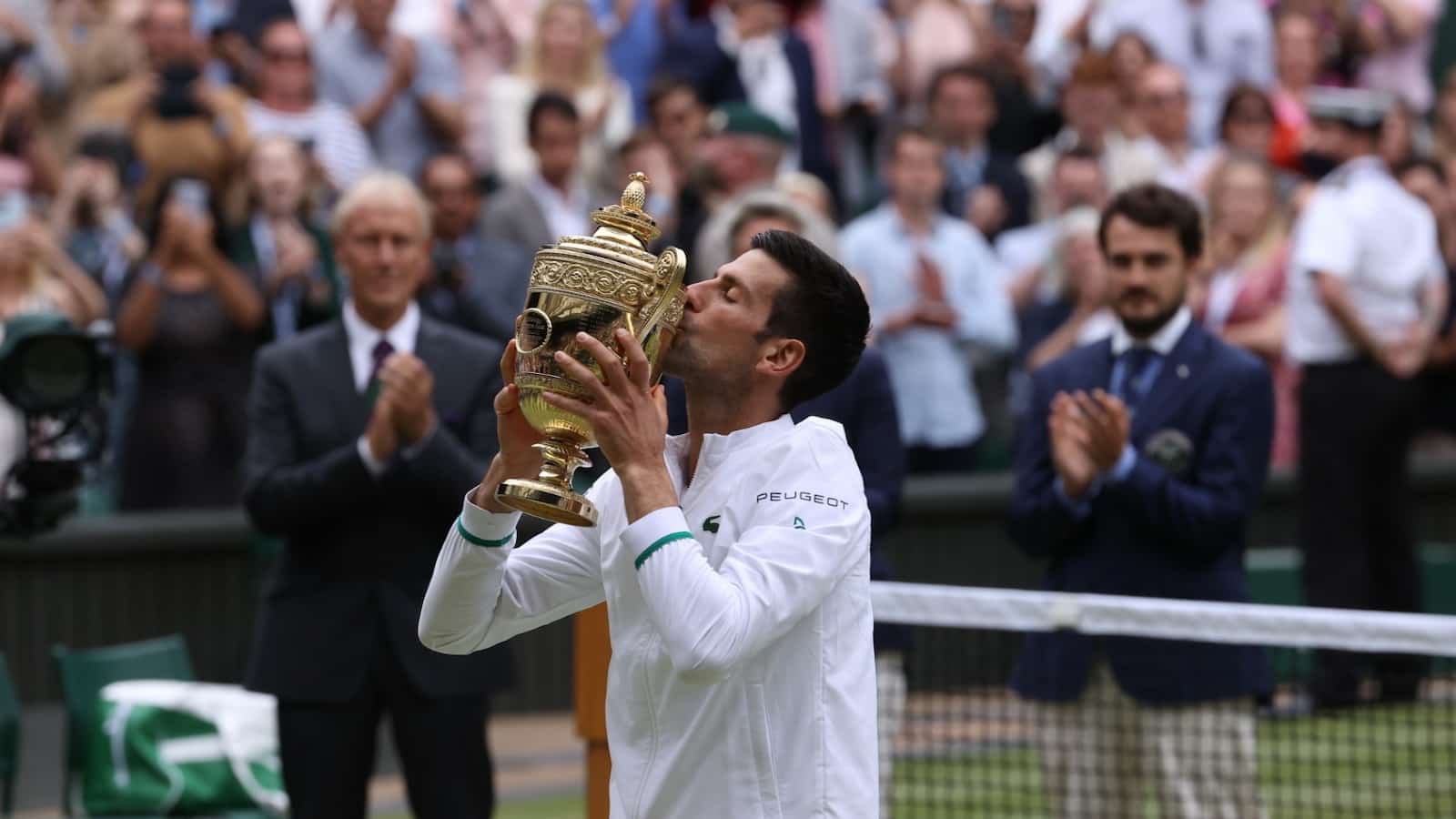 Novak Djokovic continues dominating the 2021 season as he wins the 3rd and penultimate Grand Slam of the season. The World No. 1 started his season with the 2021 Australian Open, then won the 2021 French Open and makes it 3 out of 3 at the 2021 Wimbledon Championships.

The Serbian great proved his mental strength again as he defeated 25 year-old Italian Matteo Berrettini in 4-sets in what was a nervy final for both the players. Berrettini found himself trailing 2-5 in the first set but staged a great comeback to win it in the tie-breaker. Djokovic however settled his nerves and went on to win the next 3-sets to win the Championships 6-7(7), 6-4, 6-4, 6-3.

In the process of lifting his 6th Wimbledon title, Djokovic reached the 20-Grand Slam mark to tie with Roger Federer and Rafael Nadal on 20 Grand Slams each as the Big-3 have now won 60 combined Grand Slams in the last 72 Grand Slams contested.

Also Read: “The GOAT debate for me was over a long time ago” Goran Ivanisevic lands his verdict after Novak Djokovic wins the Wimbledon 2021