World No. 6 Maria Sakkari‘s year continues to improve as the 26-year old gets recognition for her amazing performances over the season. Maria started the season ranked World No. 22 and finished as the World No. 6 making her the highest-ranked Greek woman in the WTA singles rankings.

At the 68th Panhellenic Sports Press Association Awards ceremony which celebrates the performances and contributions of Greek coaches and players over the season, Maria was named as the Top Athlete of the Year for her outstanding results in the 2021 season on the WTA Tour.

Despite not winning a title this season, Maria finished as the runner-up at the event in Ostrava and had 7 semi-final appearances this season which included the 2021 French Open, 2021 US Open, 2021 Miami Open and also at the 2021 WTA Finals where she made her tournament debut before losing out to eventual runner-up Anett Kontaveit in a tight 3-setter.

Along with Stefanos Tsitsipas who was ranked World No. 4 on the ATP Tour, Sakkari’s entry in the Top-10 made Greece one of the few countries to have both men and women ranked in the Top-10 ranking on their respective Tours.

Maria was 1-1 on the grass courts while having a 5-2 record on the indoor hardcourts. On Clay, she went 9-4 as she almost made it to the finals of the 2021 French Open but missed out on the match point in the semi-finals and went on to lose the match against eventual champion Barbora Krejcikova.

On the hardcourts, she was 23-13 with some of her best performances coming in the second half of the season when action on hardcourts resumed once again. Her overall season record was 38-20, her best season in terms of the number of matches won since 2016 when she finished with a 46-33 record. 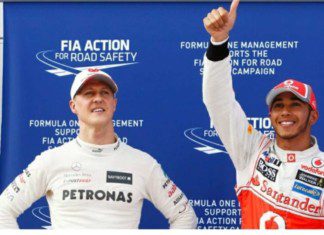