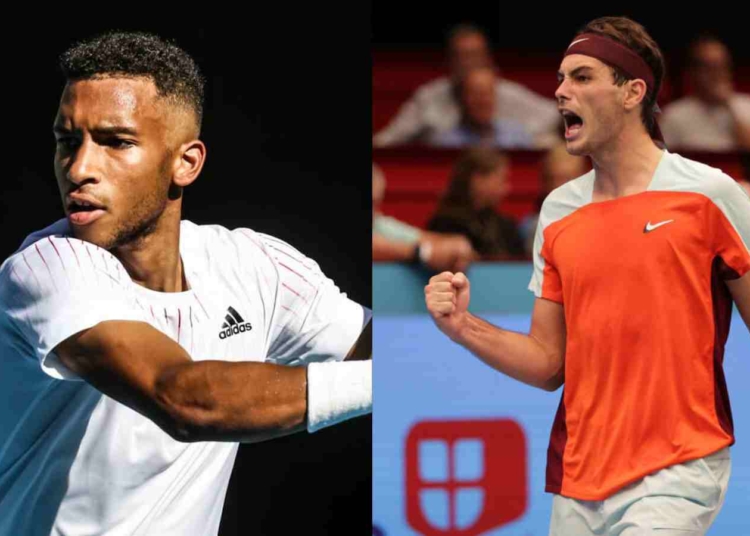 Felix Auger Aliassime and Taylor Fritz will lock horns against each other in their final round-robin stage fixture on Thursday. The scenario is pretty simple for both players, as the winner of the match goes forward into the last four.

Taylor Fritz comes into this fixture on the back of a heartbreaking loss against Casper Ruud. The American lost in the final set tiebreaker, which means that he will have to outclass Felix Auger Aliassime on Thursday. Taylor Fritz defeated Rafael Nadal in straight sets just a couple of days earlier, which will certainly do his confidence a whole world of good. Up until the Nitto ATP Finals, Taylor Fritz’s best run in the indoor hard court season came in Japan, where he went on to win the title.

Felix Auger Aliassime returned back to winning ways after a straight sets loss against Casper Ruud. The Canadian outplayed an out-of-form Rafael Nadal in straight sets to remain in the hunt for a semifinals berth. The fifth seed has been in spectacular form over the past month, going on a 16-match winning streak. His unbeaten streak came to an end against Holger Rune, who handed him a defeat in the semifinals of Paris Masters.

Given how Felix Auger Aliassime has played over the past month, he enters the fixture as the slight favorite. However, Taylor Fritz has achieved some commendable results on hard courts this season, which includes the Indian Masters title earlier this year. In terms of quality, there is little to separate the two players, and it will all come down as to who handles the pressure better in a must win encounter.

Also Read: “Keep doing what you do on and off the court” Fans amazed by Coco Gauff’s proudly glorifying black representation after watching Black Panther

“It could never be again,” Bray Wyatt comments on his ‘The Fiend’ character closing the door on its return forever