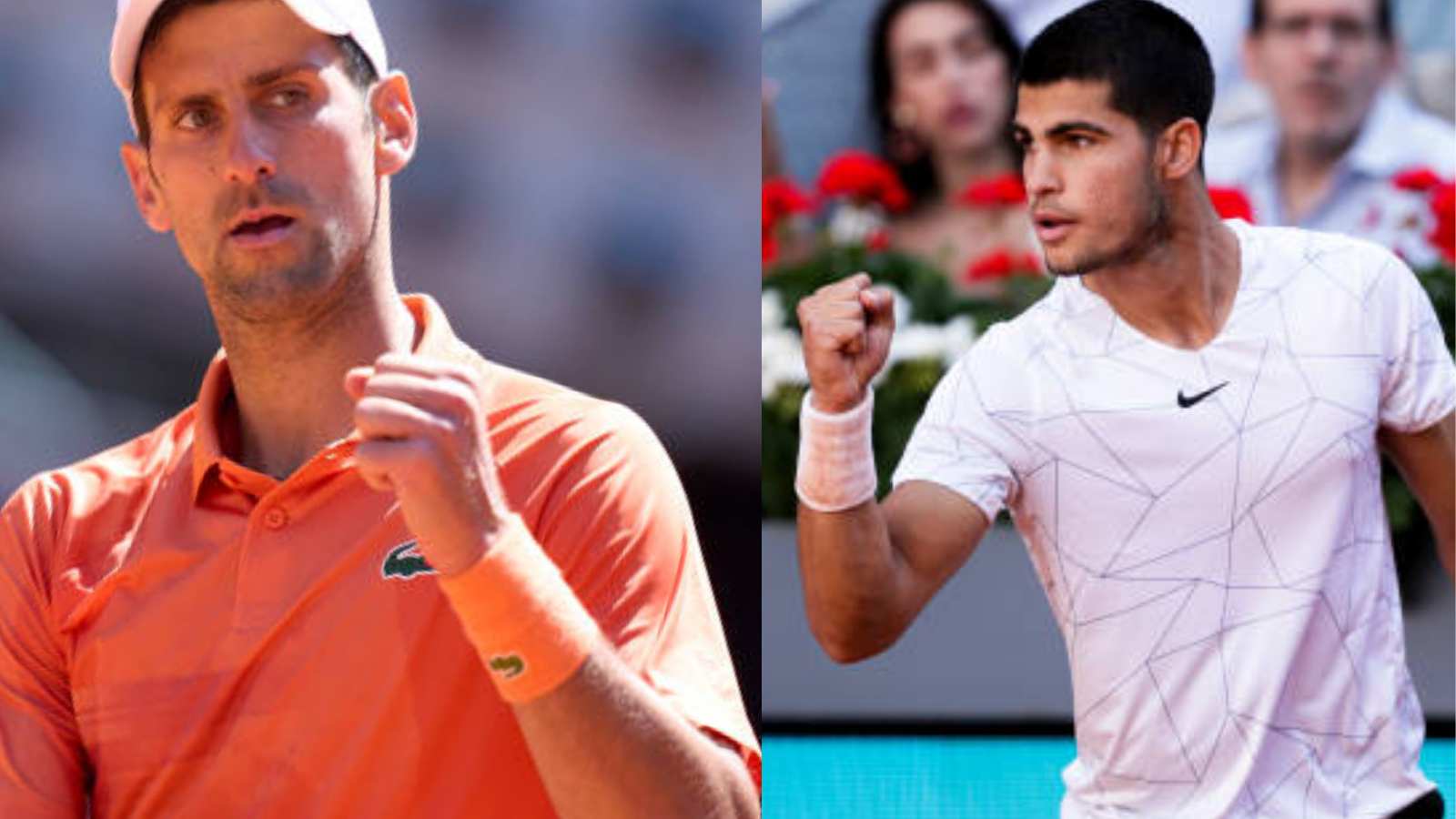 Novak Djokovic will be up against Carlos Alcaraz in the semifinal of the 2022 Madrid Masters. Djokovic is ranked No.1 in the world while Alcaraz is the World No.9.

Novak Djokovic has had a difficult year so far but things finally seem to be settling down for the Serbian maestro. He was denied entry into Australia earlier this year due to his vaccination status and hence was forced to miss the Australian Open. Same thing happened during the Golden Swing as he wasn’t allowed to travel to Indian Wells and Miami.

He started his season in Dubai where he managed to reach the quarterfinal. He then started his clay season in Monte Carlo where he lost his first match. He then bounced back on home soil and reached the final of the Serbian Open.

At the Madrid Masters, he blasted past Gael Monfils in the second round before he was handed a walkover in the next round by Andy Murray. In the quarterfinal, he breezed past Hubert Hurkacz in straight sets 6-3,6-4.

Carlos Alcaraz has probably been one of the best players this season and his rise has pleasantly shocked everyone. He won his maiden ATP 500 title in Rio and backed it up by reaching the semifinals of the Indian Wells Masters. He then stunned the world by winning his maiden Masters title in Miami. In the clay season, he won his second ATP 500 title in Barcelona.

This week in Madrid, he defeated Nikoloz Basilashvili in the second round before beating Cameron Norrie in the Round of 16. In the quarterfinal, he stunned his idol Rafael Nadal in three sets 6-2,1-6,6-3.

This will be the first meeting between the duo. They haven’t met before on tour and hence their H2H stands deadlock at 0-0.

The match is perfectly poised to be a good one. Djokovic is still not at his very best but with every passing match, he is getting closer. The Serb doesn’t look rusty anymore and is moving pretty well too. Alcaraz, on the other hand, is in the form of his life and can beat anyone on the given day. He could seriously inflict damage on Djokovic but the Serb should just do enough defensively to emerge victorious.

Also read: ‘My only dream is to be in Paris healthy’ Rafael Nadal shrugs off Madrid loss to Carlos Alcaraz, eyes French Open next