Bjorn Borg reveals his instruction to Roger Federer on the missed match point opportunity at the Laver Cup, later talks on ‘Fedal’ moment during the farewell ceremony 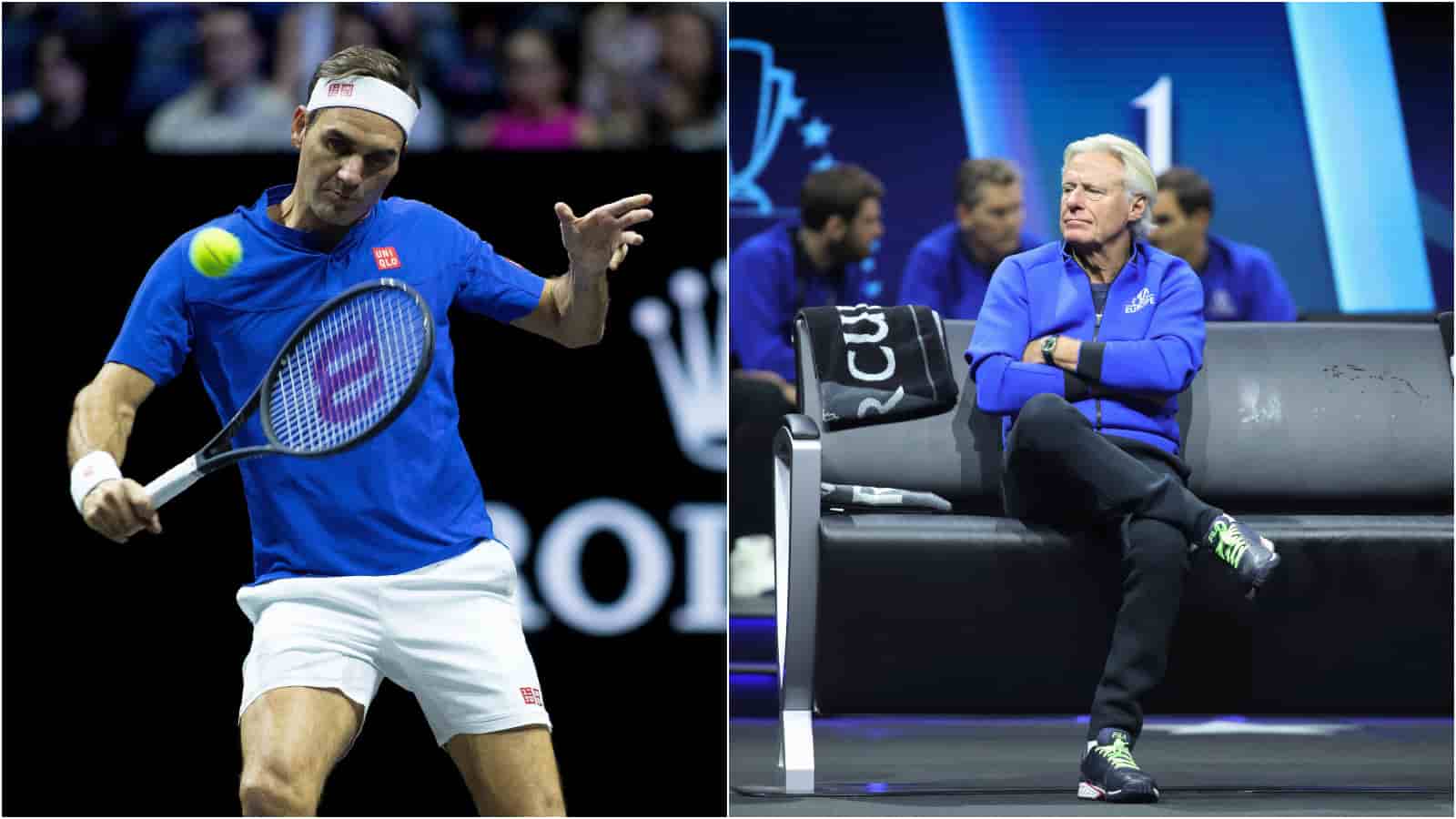 Former World No. 1 and 11-time Grand Slam winner Bjorn Borg saw his Team Europe lose to former rival John McEnroe‘s Team World for the first time in the Laver Cup. McEnroe’s team won the 2022 Laver Cup 13-8 to end a losing streak of 4 years and win the tournament for the first time.

The tournament also saw Roger Federer say his goodbye to tennis as he retired after 24 years on the Tour. The Swiss maestro teamed up with Rafael Nadal for the doubles match on Day 1. Despite holding match points, Federer failed to capitalise on it and eventually lost to the pair of Jack Sock and Frances Tiafoe.

“He was a bit nervous. He hasn’t played a match or a tournament for so long. But he did incredibly well. They had a good chance of winning. But he was just supposed to enjoy himself. In that situation with the fans, so many people around the world watching him, I just told him to enjoy and be happy,” said Borg speaking to Eurosport on Federer’s final match.

As the tournament started with the farewell ceremony for Federer, no dry eye was left across the globe. Federer being an emotional man, couldn’t hold his tears back. However, seeing others such as Nadal, Novak Djokovic, Matteo Berrettini and Stefanos Tsitsipas cry, the emotional level was unparalleled.

Federer and Nadal sat together on the bench and cried their hearts out as Ellie Goulding performed for the Swiss maestro. Involuntarily during the performance, Federer and Nadal were seen holding hands as tears continued streaming down their face and it got labelled as one of the most beautiful moments in sports history among rivals.

“It’s completely normal. He’s been in the tennis business for so many years. But this guy was amazing and he’s such a great person too. Roger is a good friend and he’s one of the greats. He has always promoted tennis in an incredible way around the world,” said Borg on watching Federer and Nadal crying together.

Federer and Nadal both withdrew their names after the doubles. While Federer stayed with the team, Nadal rushed back home to his pregnant wife. Knowing he left behind his family just for one final match of Federer’s career, the camaraderie of the two has left fans awestruck over the past couple of days.

Also Read: Sue Barker hopes for a tradition-breaking honour for Roger Federer at Wimbledon, but knows the Club has “only really done things for British champions”