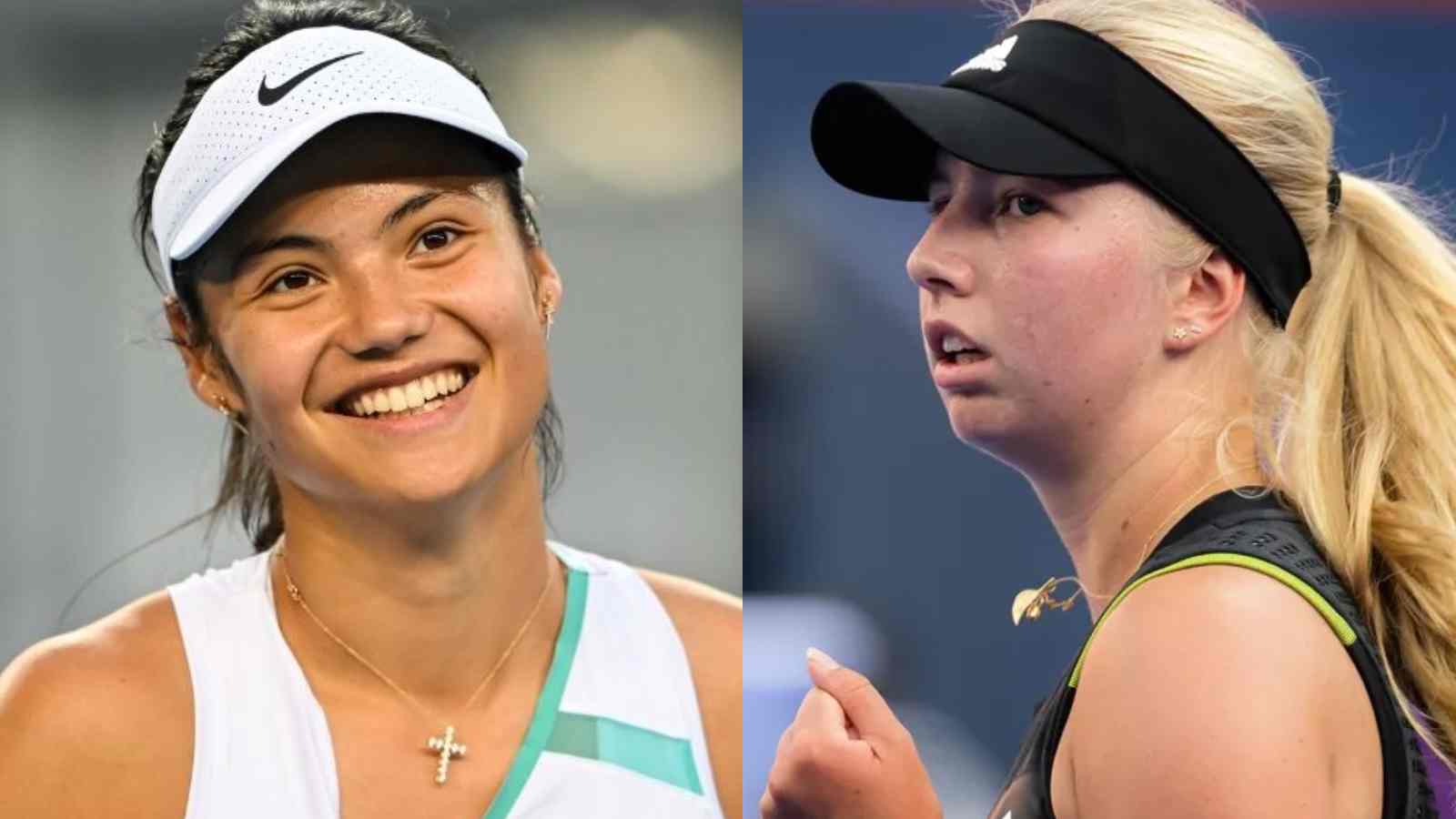 Emma Raducanu, the 19-year-old Brit quickly rose to fame after she won the US Open 2021 after beating Leylah Fernandez in the finals of the event, the teenager has had an underwhelming season so far and she will be looking to change that as she gears up for the Citi Open as she returns to the hard court.

Along with singles participation, she will also be participating in the doubles event at the Citi Open, marking the first doubles match of her career, Raducanu will be playing alongside Clara Tauson from Denmark as her partner for the tournament. This tournament will benefit Raducanu a lot in preparing for the title defense of the US Open.

Also Read: “Going to figure out how to beat you this year” Carlos Alcaraz loses his second final in a row as Jannik Sinner reigns supreme in Umag

Ever since her second-round exit at Wimbledon, Emma Raducanu has not played any matches and with the US Open fast approaching, the Citi Open is a perfect opportunity for the teenager to get back on track and be ready to defend her US Open title, Raducanu is set to play her first doubles match of her career as she has paired up with Clara Tauson for the Citi Open.

The pair play against Monica Niculescu and Lucie Hradecká in the first match of the event tomorrow, talking to the event organizers on Instagram live, Emma Raducanu admitted to feeling not having played enough matches and these tournaments will help her in preparing for the final major tournament of the season.

She said, “I am looking forward to going into the hard-court season because all of the tournaments leading up are brand new to me, It’s my first time playing them and they’re all really good and big tournaments. So it will be great to just get experience at each of those.” Having a new coach in Dmitry Tursunov for the duration of the Citi Open will also be very helpful for the young Brit as she is looking to find her form again.