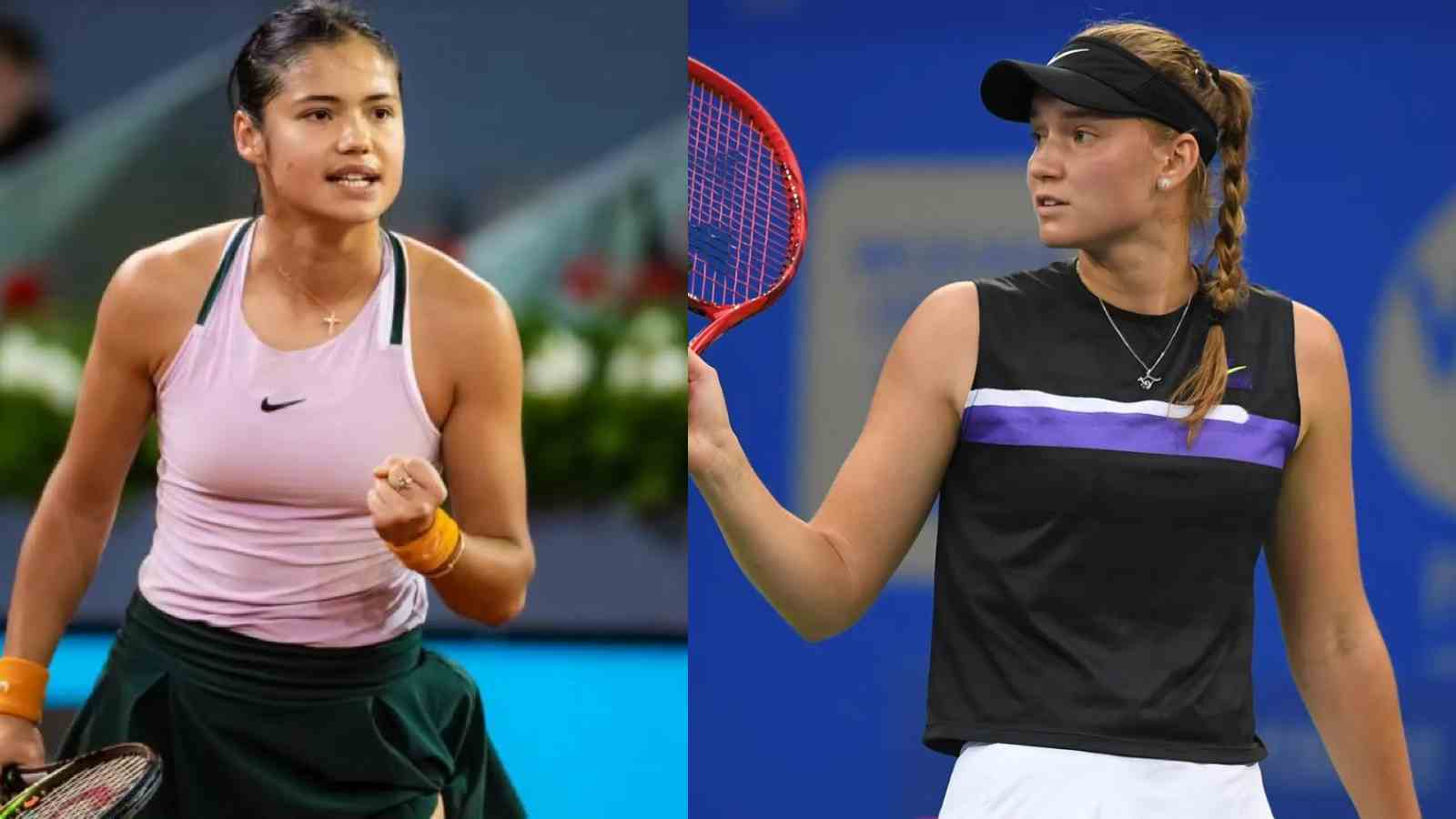 Emma Raducanu, the name on everyone’s lips. The 19-year-old British professional took the world by a storm after she beat Leylah Fernandez in the finals of the 2021 US Open to lift the title and win the first major title of her career just being 18 years of age. The young Brit has had a dip in form this season around though.

Raducanu has faced early exits from every major tournament this season, under new coaching she will be looking to improve on her performances and try to defend her US Open title. Recently having played at the Canadian Open, Raducanu was eliminated in the first round of the tournament by Camila Giorgi.

Also Read: “It’s a great gift,” Emma Raducanu calls herself fortunate ahead of her clash with Serena Williams, reveals her Wimbledon memory of the American

Emma Raducanu to partner up with Elena Rybakina

After bowing out of the Canadian Open in the first round, Raducanu has set her sights on the next competition, the Cincinnati Open. Facing Serena Williams in the first round in the singles category, Raducanu will also be competing in the doubles category and she has been paired up with reigning Wimbledon Champion Elena Rybakina.

The high-profile pairing between Rybakina and Raducanu comes with a high profile first round match as both the stars will face Sania Mirza and Lucie Hradecka in the first round of the Cincinnati Open and the winner of the fixture will be facing either unseeded Kirsten Flipkens and Sara Sorribes Tormo or seventh seeds Jelena Ostapen. Emma Raducanu and Elena Rybakina play their first round tomorrow as they kick off the doubles competition.

Rybakina has enjoyed a successful season this time around, winning the 2022 Wimbledon after beating Ons Jabeur in the final, she has been unable to build on her performances after winning it big though, losing out early in every tournament since then, she will be looking to change her fortune at the Cincinnati Open as after pairing up with world number 10 Emma Raducanu will surely help them boost each other’s abilities even further.

Also Read: “Drama queen at her best” Fans don’t show mercy towards Bianca Andreescu who withdraws from Cincinnati Open due to ‘schedule change’

Also Read: WATCH: Security forced to intervene as World No. 1 Daniil Medvedev loses his cool and almost comes to blows after a heckler calls him ‘LOSER’ post his early exit in Montreal