“Everything he does there is exceptional,” Pete Sampras in awe of Rafael Nadal’s dominance at the French Open 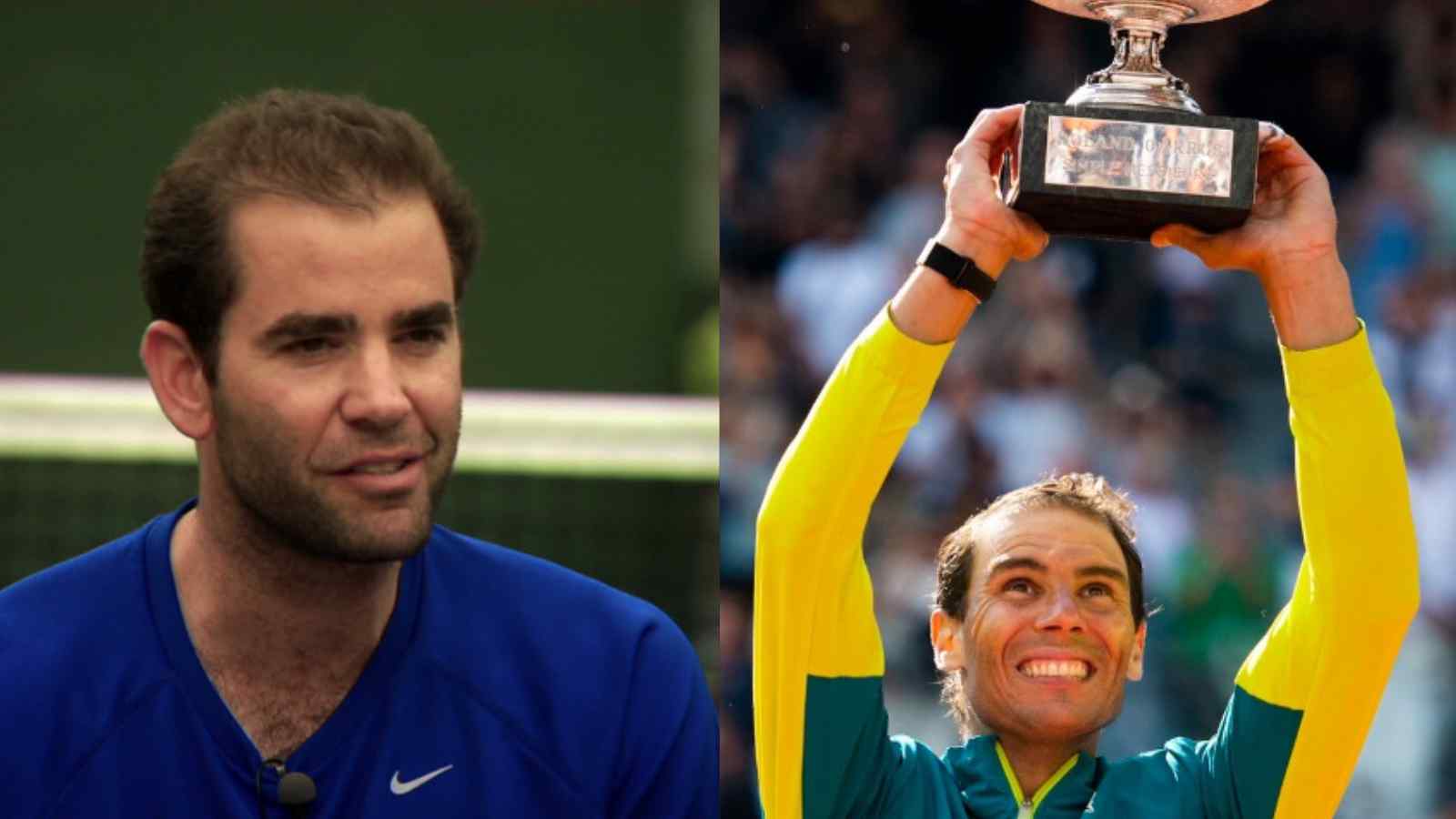 Rafael Nadal is hoping to win his 23rd grand slam at this year’s US Open which begins on August 29. Nadal has already established his dominance this year after winning the Australian Open and the French Open to extend his grand slam lead over Roger Federer and Novak Djokovic. The Spaniard has suffered from various injuries over the last few months which resulted in a dodgy decision to play at the US Open but he’s back on the practice court better than ever.

Rafa won his 14th French Open title this year. Despite struggling with an injury he defeated Casper Ruud in the final in straight sets. The World No. 3 had to pull out from the Wimbledon championships due to his abdominal injury and also suffered an early loss to Borna Coric at the Western and Southern Open. Nevertheless, Nadal is enjoying an incredible season and is looking forward to play at the US Open.

Also read: Rafael Nadal or Carlos Alcaraz? 5 players who can come out of the US Open as the World No.1 in the ATP Rankings

“We will never see these types of records again”: Pete Sampras on Rafael Nadal’s dominance at Roland Garros

Recently, 7-time Wimbledon Champion Pete Sampras opened up about the magnitude at which Nadal plays in Roland Garros. He showed immense admiration for the Spaniard. In his interview with L’Equipe Magazine, Sampras said, “In the United States, we use the term “outlier” (an aberration). Something you can’t explain. We will never see these types of records again. On land, he ticks all the boxes of the perfect player. Commitment, technique, mental.”

Sampras then expressed his appreciation for Rafa’s 14 French Open titles, he added, “Everything he does there is exceptional. Roger and I have had periods of dominance on grass, but to win the same Grand Slam fourteen times is incredible. And mentally, what a player! Surely the best I’ve ever seen. He struggles on each point as if it were the last. He is the one I would give as an example to a young person for mental engagement.”

Nadal will begin his US Open campaign on August 31, with his first round match against Rinky Hijikata.

Also read: WATCH: “So cool!” Emma Raducanu ecstatic to find her unique portrait made with over 500 Rubik’s cubes

Also read: “The last dance!’ Venus and Serena Williams accept a wild card entry to play doubles for ‘one last time’ at the 2022 US Open