“This feels like a Serena final!” – Fans come up with analogies similar to Serena Williams’ reaction on the FIFA World Cup Finals 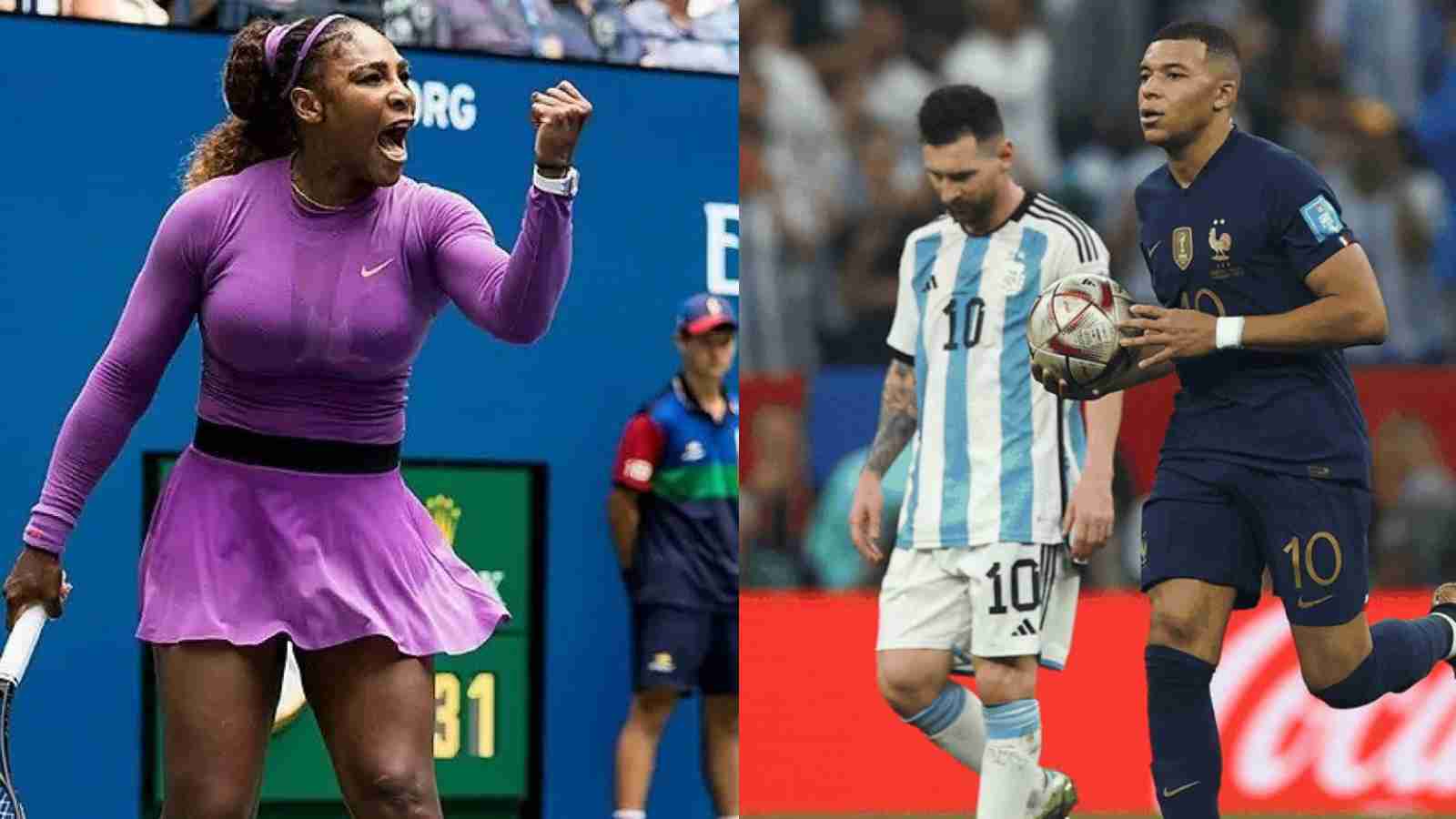 Former American tennis professional Serena Williams too, like everyone else, sat on the edge of her seat as Argentina and France wrestled to bag the FIFA 2022 World Cup trophy. Initially, both teams scored 3 goals each in the 90 minutes and extra time. Finally, it came down to the penalties.

The American tennis legend too cannot hide her excitement as the match turned from one end to another. Earlier, Argentina was cruising towards victory, however, Kylian Mbappe put two goals into the net and brought France back on equal terms with Argentina, much to the excitement of the fans and viewers. With that being said, there is no denying the fact that it was one of the most thrilling and great FIFA World Cup finals of all time.

Lionel Messi scored in the extra time but Mbappe again played the spoilsport, converting the penalty awarded to France. In the penalty shootouts, however, Argentina finally won the match. The match was certainly filled with drama and a fix of emotions as the fans of both sides got almost equal chances to celebrate. However, in the end, it was Argentina’s day and Messi and Co. will take the FIFA World Cup 2022 trophy home.

Nevertheless, the 23-time Grand Slam champion Serena Williams took to social media to celebrate this historic and inspiring match. She posted a hilarious comment on the proceedings of the Final.

“Ok if I have a heart attack it’s cause I’m watching this,” her caption read.

The 7-time Australian Open champion Serena Williams is currently out of action as she took retirement from professional tennis in September after playing her last match at the US Open 2022.

The 3-time French Open champion Serena Williams, meanwhile, is out of action as she took retirement from professional tennis in September after playing her last match at the US Open 2022. Although Serena Williams stated that she was about to get a heart attack watching the 2022 FIFA World Cup Final, she has made comebacks like no other on important occasions to win the match.

The American legend has an unrivaled record of winning matches even after losing the first set. The 23-time Grand Slam champion has won such matches 43 times. Her sister Venus Williams and tennis legend Chris Evert take the second rank with 28 wins.

Moreover, Serena Williams managed these feats in the Finals of the Grand Slams. At the Wimbledon 2003 final, she came a set down to win the match against Venus Williams 4-6, 6-4, 6-2. Similarly, in the Australian Open 2005, she defeated Lindsay Davenport 2-6, 6-3, 6-0 to clinch the title.

Meanwhile, many social media users are commenting on her post above. They also seem to agree with her reaction while watching the match. Here are a few reactions coming in on the post above.

Serena Williams has time and again given hints to the media and her fans about her possible comeback to tennis. However, she has made no firm decision on it. Perhaps, watching the final can inspire her to make a comeback to professional tennis.

Also Read: “I still can’t believe it,” Carlos Alcaraz still in the hangover of his US Open victory and attaining World No.1 spot