“I don’t think he is a threat,” Novak Djokovic puts out his two cents on Carlos Alcaraz 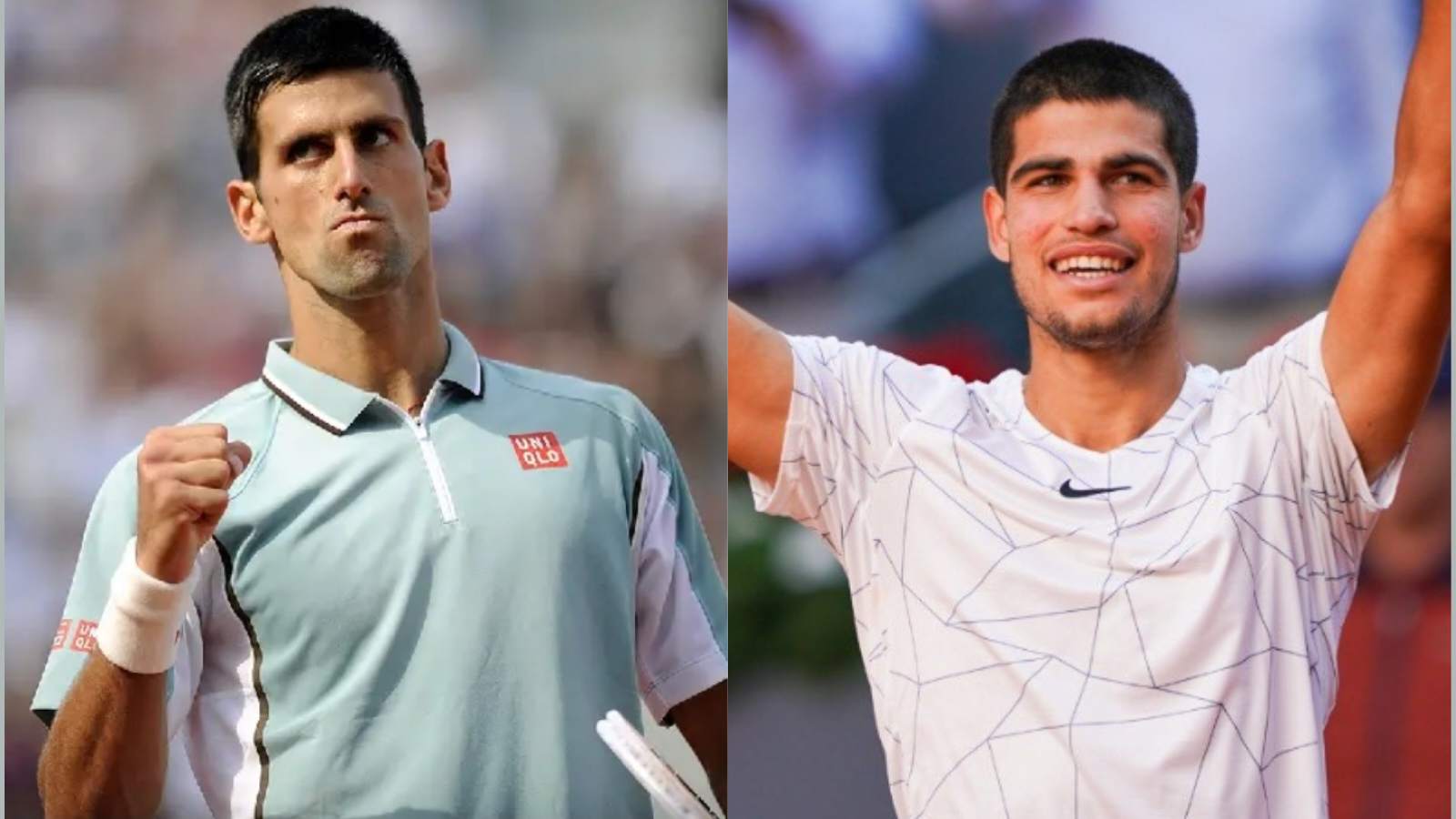 Novak Djokovic is one of the tennis world’s biggest stars. He has won 20 grand slams and has occupied the world 1 rank for 368 weeks. He underwent a tumultuous year in 2022, and after several lackluster performances, it seems like he’s up to speed after Serbia Open 2022 and the ongoing Mutua Madrid Open. He has been the talented teenager people talked about, and he is observing a similar rise.

Djokovic is witnessing a rise of a teenage star, Carlos Alcaraz, who has won several big tournaments this year, including the Miami Open 2022 and the 2022 Barcelona Open. He entered Miami Open as an ATP top 10 players, and many have declared him the next big thing in tennis. He has also been called the heir to Rafael Nadal‘s throne. Alcaraz, just like Rafa, entered the ATP top 10 at 18 years of age after winning the Barcelona Open title. He is doing everything right to earn the hype surrounding him. He has also entered the semifinals of the Madrid Open, where he faces Novak Djokovic.

Also Read: WTA Madrid Open 2022: Ons Jabeur vs Jessica Pegula Live Stream: When and where to watch, TV Channel details in the USA, UK, Canada, and other countries

People have already witnessed what Alcaraz is capable of, and they are talking about this young genius, and Novak Djokovic also gives his opinions on the Spanish phenom. As per Tennis Tv, Novak Djokovic, in an interview, quipped:

” Well, I don’t think he is a threat. He’s already there. He is no longer a young and up-and-coming player. He’s already an established top player. His rise to the top 10 of the world is incredible, and it’s super fast. To show that maturity mentally and game-wise for someone who is 18 years old is very, very impressive. There are a lot of superlatives going around for him and his game from many different champions, former champions, and I think we all agree that he is the future of men’s tennis but also the present because of everything he has achieved so far this year. “

Carlos Alcaraz heads into the semifinal clash with Novak Djokovic after his great performance to become the first teenager to defeat his idol, Rafael Nadal, on clay court. Irrespective of the semifinal clash results in Madrid, he has already shown that he will be one of the players to be on the lookout for in the upcoming French Open.

Also Read: ATP Madrid Open 2022: Novak Djokovic vs Carlos Alcaraz Live Stream: When and where to watch, TV Channel details in the USA, UK and other countries

Also Read: “It means a lot to beat the best player in history on clay,” Carlos Alcaraz elated after recording the biggest win of his career over Rafael Nadal