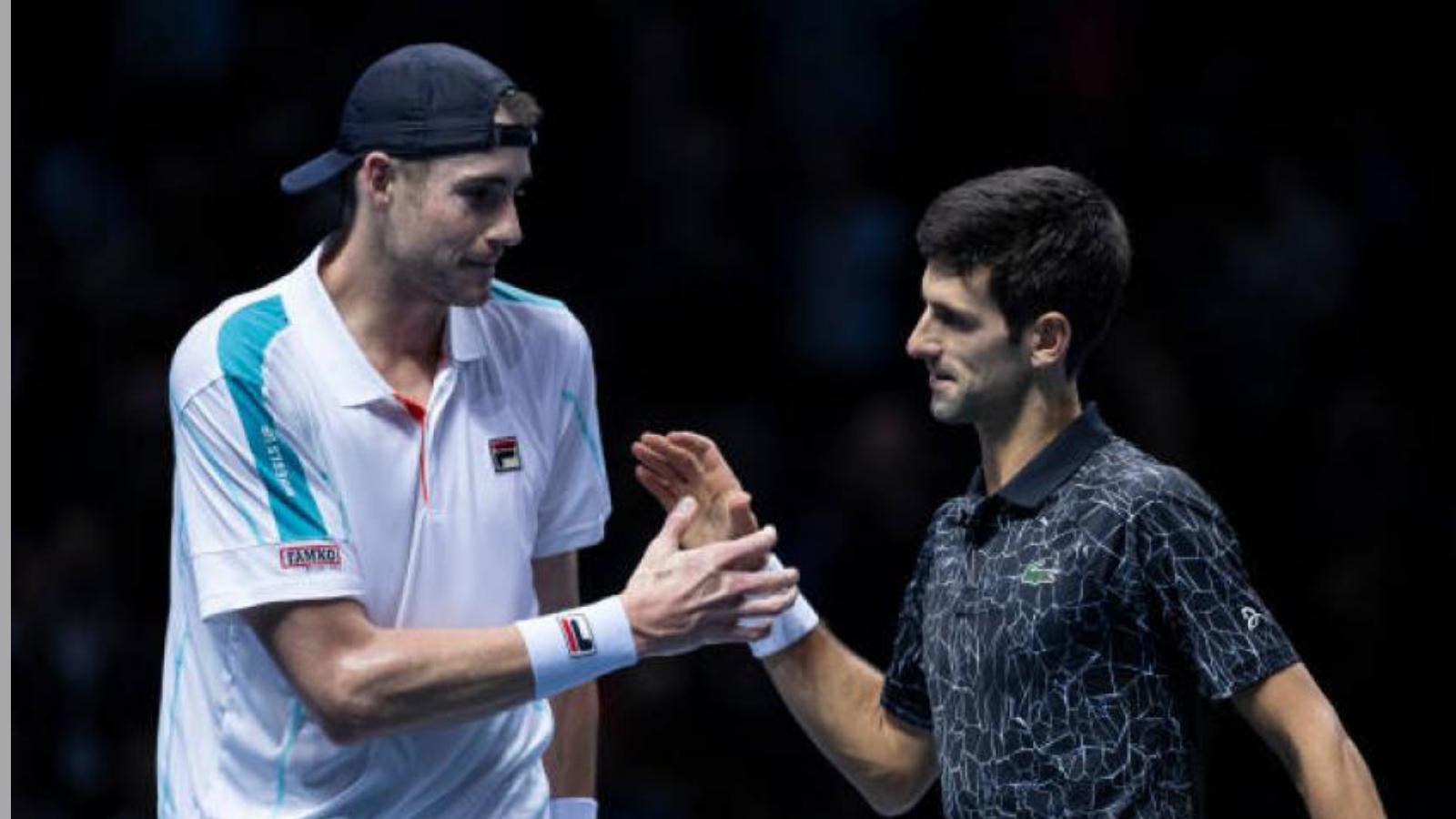 Big-serving American John Isner has detailed on how former World No.1 Novak Djokovic can be unbeatable in the toughest of conditions, recalling how he once got beat 6-2, 6-2 in Beijing when it was freezing cold, despite him having prepared well for the match.

Interestingly, Djokovic has never lost a match at the Chinese capital and won 6 titles there before the tournament got scrapped off the ATP calendar this year following COVID-19 resurgence in the country.

“I played against him in Beijing years ago, in 2015. In the quarterfinals, it was a big game, a big tournament and I was fired up to play him in the quarters. Before going to bed, I checked the weather forecast. We were playing at night the next day. I just wanted to see the weather and boom, a cold spell passed in China and boom: 8 degrees…,” Isner recently said in an episode of the Baseline Intelligent Podcast.

“Against Novak and in Beijing, a tournament where he never loses. He remained on a series of 23 games won there. I was screwed. I went to the court, it was freezing. Freezing cold, I had no free points and took two and two (6-2, 6-2, in 52 minutes),” the American added.

Also Read: “He is a visible reminder of vaccine failure” Former UN under-secretary spills the beans on Novak Djokovic’s forced deportation from a ‘totalitarian’ Australia

ATP Tour cancels all events in China for the season

The ATP Tour recently confirmed a big overhaul in events for the remainder of the season and the Asian leg of the Tour was affected heavily by the new announcements. With the Covid-19 restrictions being strengthened in China, all events in the region were cancelled while a couple of new events were added to the calendar to fill in the gaps.

The cancelled events were the ATP-250 events in Chengdu and Zhuhai with both the events originally scheduled to be played out in the week starting from 26th September. The following week from 3rd October was supposed to see the ATP-500 China Open being played along with the ATP-500 Japan Open. With the new announcements, the event in China was cancelled yet again with Tokyo going as per schedule. The biggest hit China will take will be the 2022 Shanghai Masters scheduled to start on 9th October and will remain absent for the 3rd year in a row.

With important gaps to fill, ATP also decided to involve 6 new ATP-250 tournaments for the year with all of them granted a year-long license which could be renewed upon the Tour’s discretion as per next year’s situation. The six new events will be spread across the globe and will be held in San Diego, Seoul, Tel Aviv, Florence, Gijon and Napoli with the events in Tel Aviv, Florence and Gijon to be played on indoor hardcourts while the other three will be played on outdoor hardcourts.

While many fans hoped that the ATP Tour will follow the footsteps of their colleagues on the WTA Tour and abandon all events in China as the safety and security of Peng Shuai remains unconfirmed, one way or the other, despite ATP’s lack of support and commitment, there won’t be any tennis played in the region for another year.

Also Read: “He will do something interesting” Roger Federer has old rival Fernando Gonzalez’s backing for a fruitful comeback