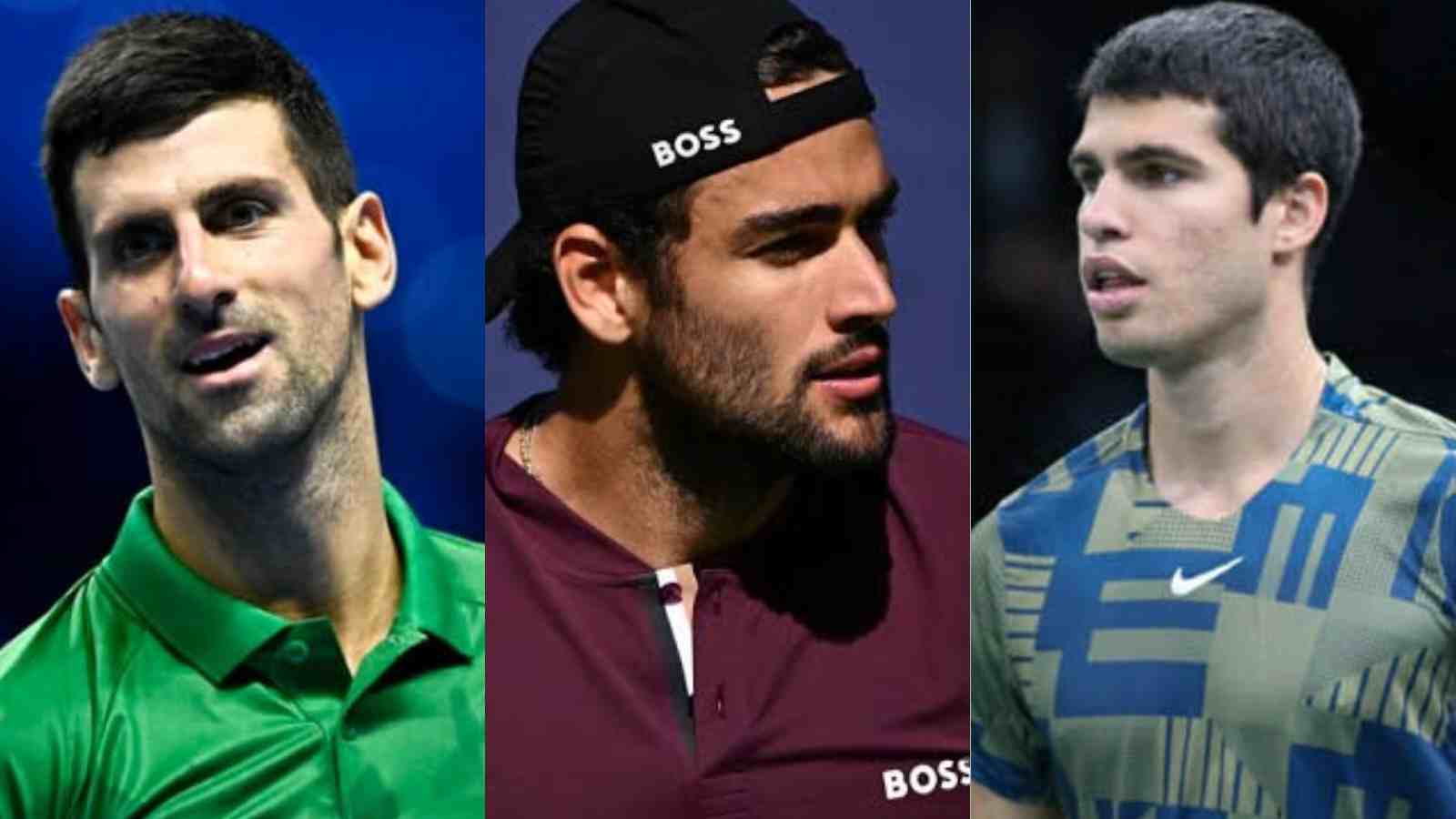 Serbian legend Novak Djokovic is one of the greatest players of all time who has dominated the sport for the last two decades. He has had a tough year and had to miss out on tournaments due to his unvaccinated status to the Covid-19 vaccine. Matteo Berrettini makes a huge revelation regarding the Serb’s absence which proved to be an undue advantage for young players like Carlos Alcaraz who ended the year as the youngest World No 1.

The 21-time Grand Slam champion faced a major setback when he was deported from Australia on the eve of his match in 2022. It was quite unfortunate as it affected him professionally since he failed to defend his French Open title and was forced to skip all of the tournaments during the North American swing, especially the US Open. He could only manage to remain the dominant player during SW19 as he won his 7th Wimbledon title.

Berrettini admired the 19-year-old’s rise to become the World No 1 and admitted that he deserved all the appreciation. He went on to further state that the 2022 Wimbledon winner’s absence played a crucial role in Alcaraz’s successful 2022 campaign with winning the US Open and four ATP singles titles. But he credited the young Spaniard to instill the belief in breaking barriers in the dominant era of the Big-2.

“I have to say it was a weird year with Novak not playing most of the slams. But Carlos deserves the world #1 and I think everybody now is like ‘He did it’, it changed our mentality, it’s like maybe we can do it too. Daniil already did it, which was impressive,” said Matteo Berrettini during an interview.

Also Read: “I did that against Novak when he was aiming for Calendar Slam,” Daniil Medvedev backs himself for Grand Slam glory in the upcoming season

Novak Djokovic reveals his aspirations for the coming years

Despite having a tough season, he ended the year on a perfect note by winning the ATP Finals for the sixth time to equal the record with Roger Federer. Novak Djokovic even appeared in four consecutive finals after the US Open and managed to win thrice. He ended the year in the Top 5 ATP rankings.

While accessing his 2022 season, Novak Djokovic admitted that he needs to work harder in order to be able to compete with the energetic younger generation in the coming years. He went on to consider himself lucky enough to be able to compete at the highest level as he revealed his aspirations for the coming years. He further admitted that age is not in his favor at the moment and he just desires to keep playing as long as he can.

The 35-year-old has been allowed to participate at the 2023 Australian Open after a long battle of wait. He is present on the entry list for the Grand Slam since the federal government removed his three-year visa ban which was awarded as a consequence of his deportation. Novak Djokovic will be looking for his record Australian Open title as he makes his return after two years and has a chance to equal the Grand Slam titles tally with Rafael Nadal.

Also Read: “Needed the likes of Sampras and Schumacher to show me how it is at top,” Roger Federer gushes over the impact that few great sportsmen had on him

Also Read: “My girlfriend wants to see Paris, so why not?,” Nick Kyrgios reveals the reason behind his appearance at the French Open after a 5-year hiatus