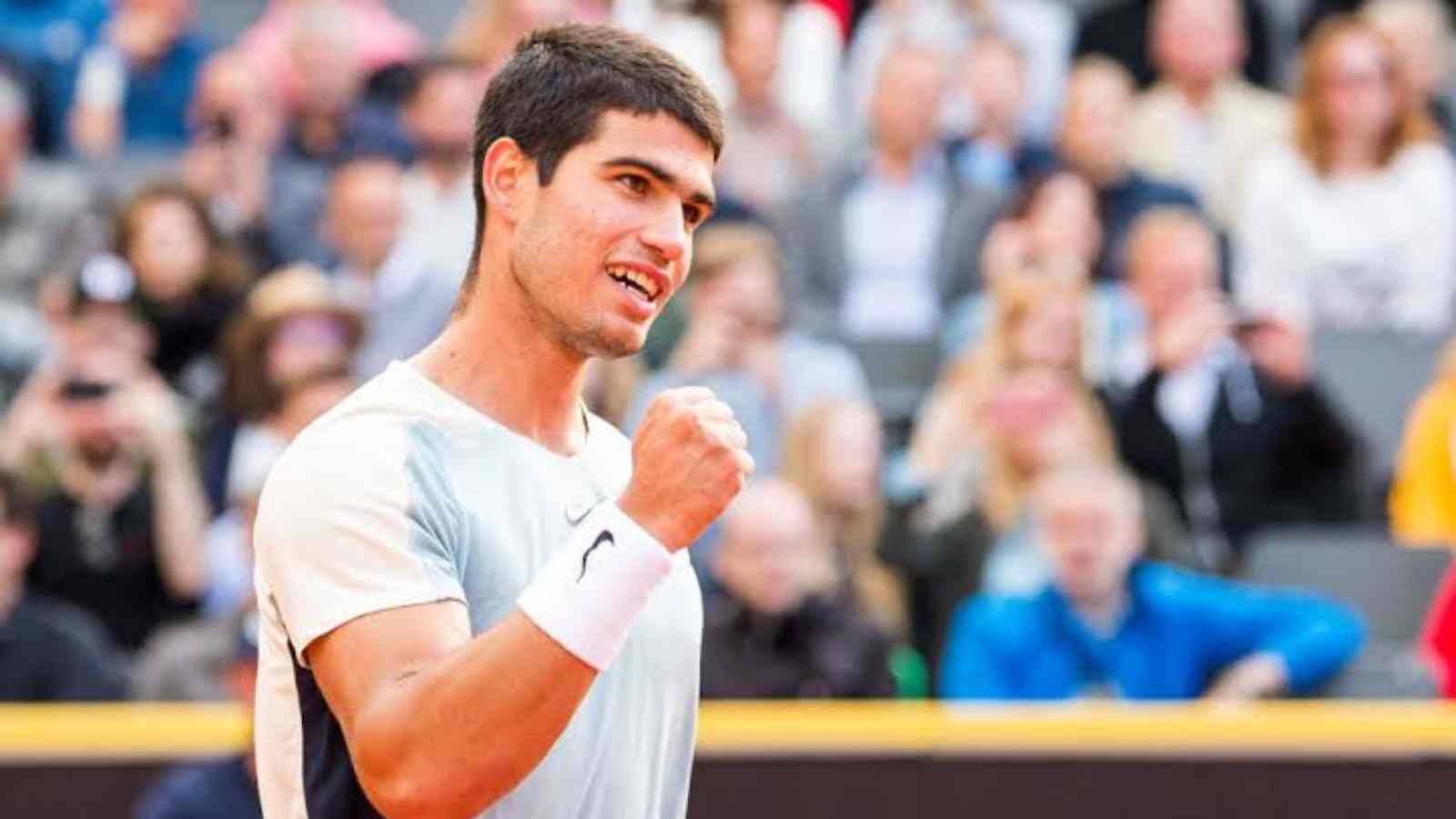 Carlos Alcaraz is on a roll this year as he has already won four ATP Tour titles- the Rio Open, the Miami Open, the Barcelona Open, and the Madrid Open equalling his idol and compatriot Rafael Nadal, who has also won four ATP titles in a year. He was in search of his fifth title of this year at the Hamburg Open but faced defeat from Lorenzo Musetti who won his first ATP Tour title. He is currently at the 5th rank, his career-best in the ATP rankings after his debut in the rankings in the year 2020.

But his performances at the Grand Slams have not been as delightful as expected after such spectacular performances at the Tour. He was expected to make it to the finals of the French Open in 2022 but he lost his quarter-final match against Alexander Zverev followed by an early stage exit at the Wimbledon 2022 by Jannik Sinner. He is next playing at the 2022 Croatia Open, where he won his first ATP Tour title in 2021.

Carlos Alcaraz, recently in an interview, addressed the media about his goal to become the number one player in the world and believes that he has already made a significant stepping stone in his journey by making his debut into the Top 5 rankings. He said “I‘m fine, I’ve already recovered from the Hamburg tournament and I’m ready to do my best here in Umag, a tournament I’m very fond of. I like to come here, there is a great atmosphere and I can also find time to have fun, two days ago I tried the jet ski. Being at the Top-5 I consider it as a stage. For me it means that I still have four players ahead of me to achieve my goal, which is to become number one in the standings. And I have to keep working to get there.”

Upon asking about his past performances, he was sportive enough to criticize his own performances and realized that he needs to be mentally tough to handle high-pressure situations along with being physically fit with the recent loss to Musetti. He added “I think the most important thing when facing a Grand Slam is the mental aspect. You have to be mentally prepared to face four or five hours of the game. The matches that I have lost in the Grand Slams have been because I was not at my best from that point of view. I have to improve to handle that aspect, the pressure, and the nerves.“

Alcaraz will soon return to Spain to prepare for US Open 2022 and aim to win his first Grand Slam title. When asked about whether he will keep his promise to return to Umag as he has done this year, he said “I thought a lot about the promise when I said it and in a year many things can change but I managed to come back. If I repeat the promise? First, we are going to try to win the tournament again“

Also Read: Iga Swiatek joins the list of elite WTA players after she wins her 18th consecutive match on Clay