“That’s what he did to the tennis world,” Nicolas Lapentti recalls Roger Federer’s emotional farewell that had the whole stadium crying 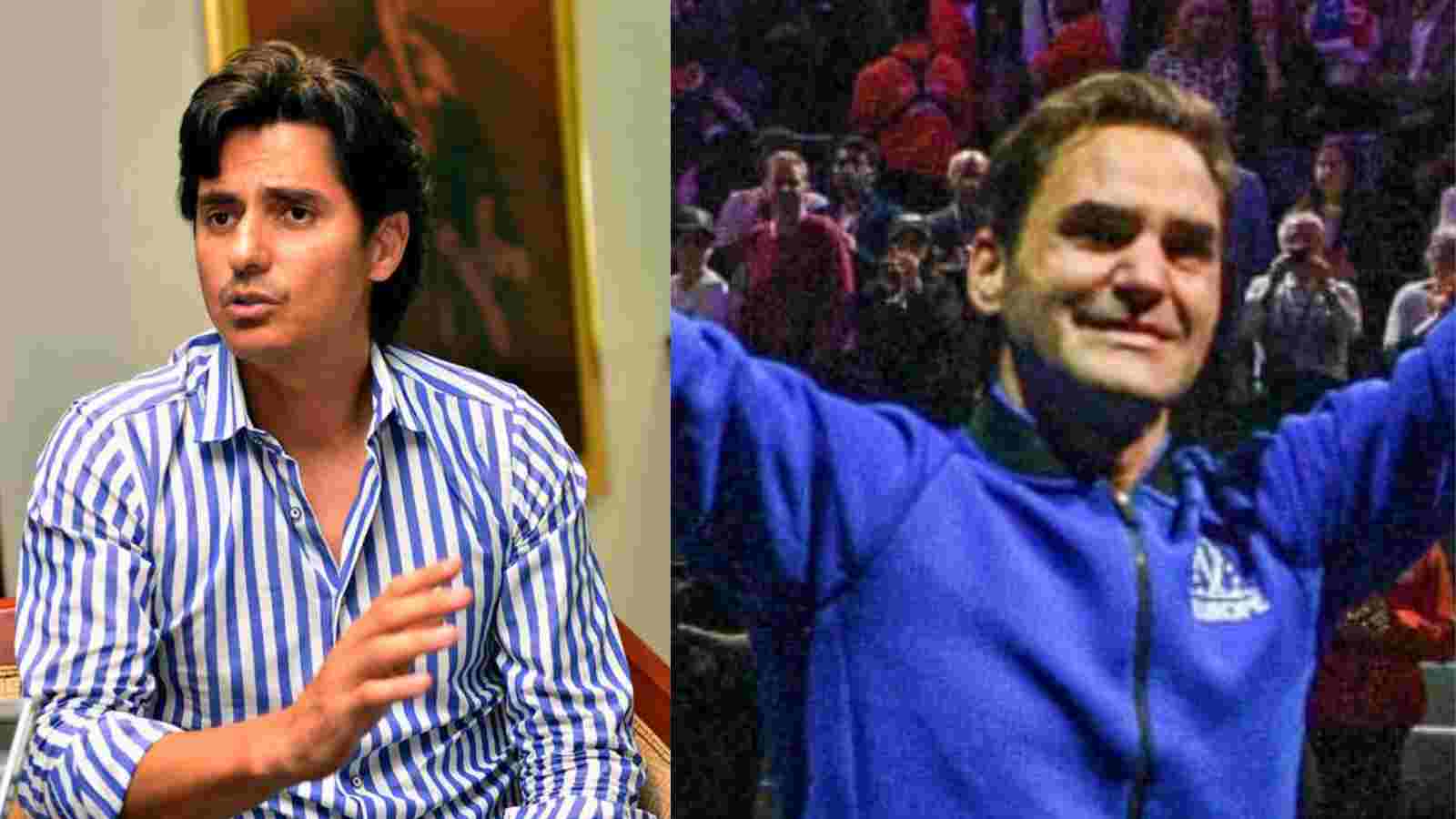 Former World No.6 from Ecuador Nicolas Lapentti has recalled the emotional Laver Cup moments which were one of the best in entire tennis history. Even though Team World won the Laver cup this year, whole eyes were only on one player- one of the greatest of all Time-Roger Federer.

After a prestigious career winning 20 Grand slams, the Swiss legend chose the Laver cup to be his farewell tournament. He also took the decision to play doubles with his greatest rival Rafael Nadal in his last match ever. Lapentti described in Craig Shapiro’s podcast that his friends who were in O2 Arena for the match texted him during the match.

He recalled the texts from them stating how emotional the stadium was and how influential Roger Federer is to the game. In his words, “I have a couple of friends who were in the stadium and they were texting me saying, ‘I’ve never seen an entire stadium cry in my life. It was crazy but that’s what Roger did to the tennis world.”

Lapentti also touched upon the olden times when he played with Federer. 46-year-old Ecuadorian came into the circuit years back before the Swiss. He quoted those times, “We played doubles in Halle in 2000, when I was still better than him. He was on the rise. In 2000, I was at the top of the ladder, and he was probably 30th in the world, he was a young Swiss who played good tennis.“

The emotional night in O2 Arena, London was one of the most important moments in tennis history and the experiences of people like this will be heard and written forever. (Source: We love Tennis, translated via Google)

Related: Paul Annacone says coaching Taylor Fritz has taught him better than his stints with Roger Federer and Pete Sampras

The legacy of Roger Federer

Roger Federer had been the face of Tennis for a long time after the downfall of the American legend Pete Sampras. He played against Sampras only once in their career and won that epic at Wimbledon Fourth Round 2021. The 5-set thriller lasted three hours and 41 minutes. The final score was 7-6 (9-7) 5-7 6-4 6-7 (2-7) 7-5 and it is considered one of the best matches ever played in Wimbledon.

Roger Federer had to deal with another legend Andre Agassi in the earlier part of his career. He leads 8-3 in their head-to-head. He went on to win the last 8 matches played against Agassi after losing three times consecutively to him in the first 3 matches.

Later, his major opponents before the arrival of Rafael Nadal and Novak Djokovic were Lleyton Hewit, Marat Safin, and Andy Roddick. He has a positive head 2 head against all of these players.

The big 3 has been dominating the circuit for almost two decades, starting in 2004. Their iconic rivalry with each other has always taken center stage at the business end of all the most important tournaments and is the greatest rivalry in the history of the game.

Federer ended his remarkable career with 103 ATP singles titles (second to Jimmy Connor’s record of 109) and 20 Grand slams-2 less than the all-time leader Rafael Nadal and 1 less than Novak Djokovic.

Also Read: “I hope she never retires!” – Fans buzz with excitement as Venus Williams hints at a comeback in 2023