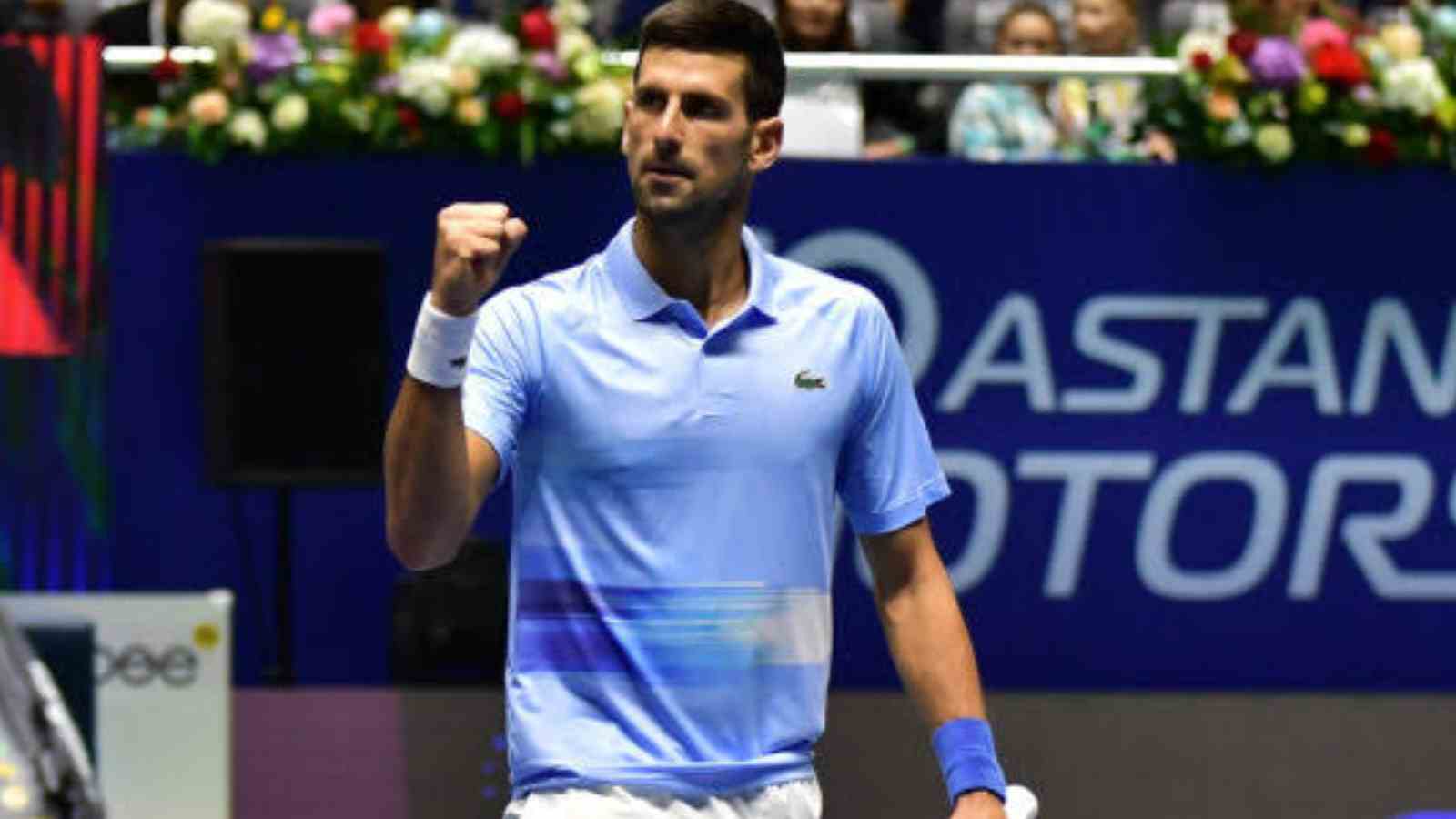 Novak Djokovic makes his way into the second round of the Astana Open after defeating Cristian Garin in the first round in straight sets 6-1,6-1 in just 62 minutes of play. He won his first title of the year on the hardcourt season at the Tel Aviv Open in Isreal after beating Marin Cilic in straight sets 6-3,6-4.

Djokovic during the post-match interview, Djokovic opened up about the challenges he had to face due to the different playing conditions and how he was able to overcome them He even revealed that it was quite a challenging start to the season as it was the debut season for Novak Djokovic in Kazakhstan but managed to sail through comfortably without dropping any set.

The 21-time Grand Slam champion said “From the start to the end, it was a great performance. Playing in a new tournament, under different conditions, the first match is never easy. Obviously, you are looking to see how you are going to adapt, but I did it perfectly, really, played as well as I can. I just made him work and used every opportunity that was presented to me.“

Novak Djokovic admitted about getting comfortable with the conditions and his ability to adjust quickly to the playing conditions at the Astana Open. He said “I was lucky that throughout my career I was actually pretty quick in adjusting to different conditions and surfaces. But I think that experience helps with knowing what to do. But also winning a tournament, as opposed to losing in a final or semis, makes a difference mentally. Coming into this tournament I feel confident, I feel excited, I feel motivated, so I think that helps as well to adjust quickly.“

Djokovic continued with his winning streak and displayed another flawless performance after winning his 89th ATP title. The Serbian was not allowed to participate in the North American swing due to his unvaccinated status and his firm stance on not getting the vaccine anytime soon.

He will next face Botic van de Zandschulp in the Round of 16 and will be to looking to continue his winning streak in his second tournament on the hardcourt season.

Also Read: “In other words, there is no money in it” – Tennis Twitter shows no mercy as Iga Swiatek ditches Billie Jean King Cup to play in star-studded WTA finals citing fatigue

Also Read: Sue Barker opines on how British teen sensation Emma Raducanu can level up her game after recent disappointments