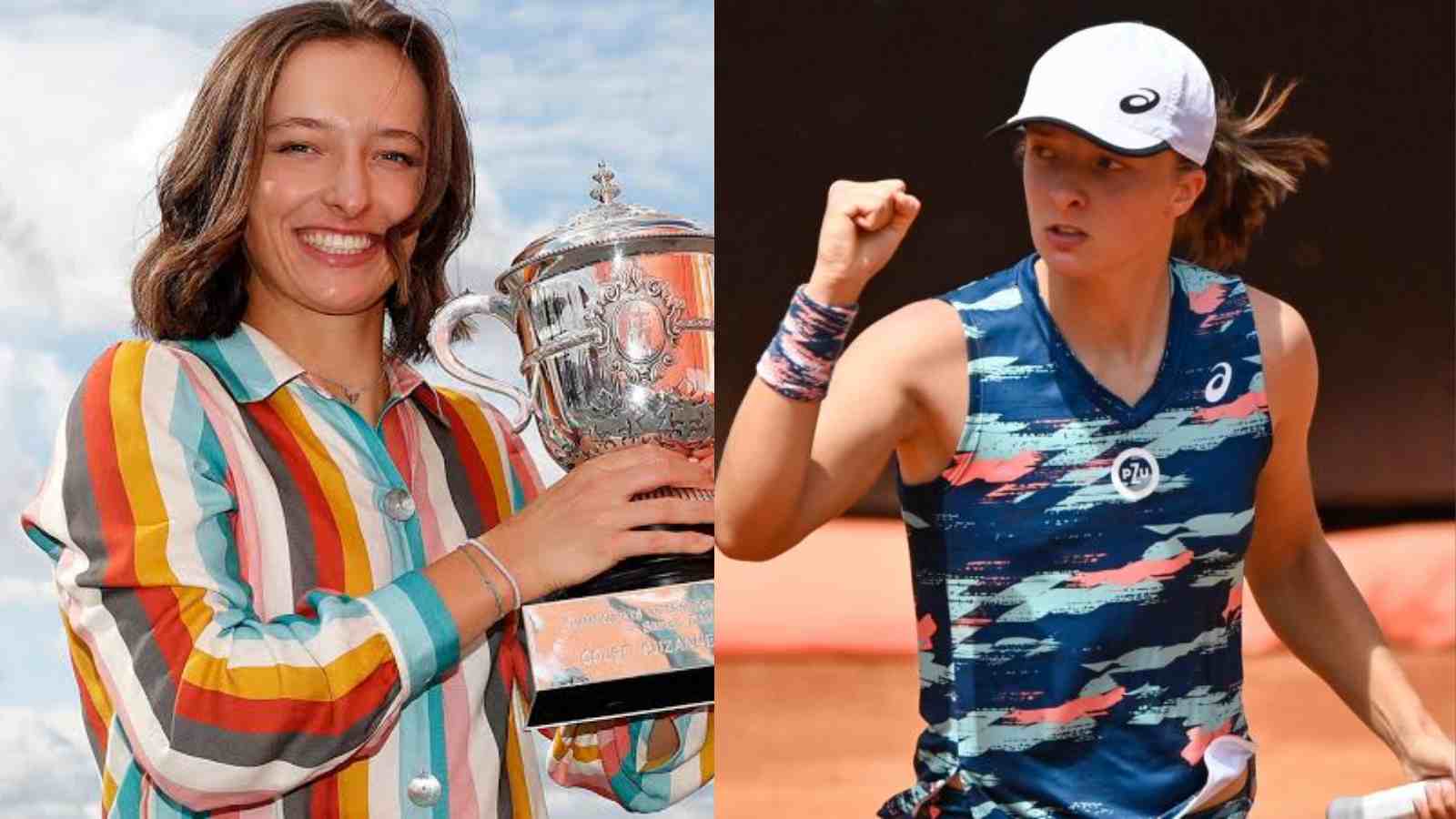 Iga Swiatek will enter the French Open with massive baggage. She is currently on a 28-match win streak and has won five tournaments in a row. She looks super strong with all the aggression and change in her gameplay. She hits the forehand with many spins, and her backhands are strong as well. She is a tremendous athlete and she is immensely stubborn with chasing down the balls across the court. Her defensive skills are equally matched to her aggressive attacking shots. Swiatek is the heaviest favorite to make it a sixth consecutive title, and her second grand slam in France.

Igs Swiatek looks at her opposition as she prepares for a title march in Paris.

Iga Swiatek will face the still unknown qualifier in the first round in an attempt to move forward and extend her win streak to 29 matches. Her second-round opponent is expected to be Alison Riske, and given the difference in the levels of the American and Pole, it would be a cakewalk for Swiatek. Swiatek’s third round opponent could be Liudmila Samsonova, but she might not make it given her current form, and even if she does, it would be expected that Swiatek won’t break a sweat in winning the third-round

Jelena ostapenko and Simona halep will battle it out to tak on Swiatek in the fourth round of the French open. With Halep Swiatek will look for a second victory and a move towards the quarterfinals. The quarterfinalist could be Karolina Pliskova, the former world number 1, Jessica Pegula, the finalist of Mutua Madrid Open, Ekaterina Alexandrova or Tamara Zidansek. Though Pegula and Alexandrova are the frontrunners, Swiatek is still expected to ease past them, though she might be pulled in for a three setter.

The semifinal clash will be to choose from various strong contendors including Paula Badosa, Aryna Sabalenka, Danielle Collins. Though none of them has been able to offer strong resistance to Swiatek in recent tournaments, if anyone of those can get a strong start and an off day for Iga can mean a lot of trouble to the world number 1.

For the final hurdle, she will face any of the four namely, Maria Sakkari, Ons Jabeur, Barbora Krejcikova or Anett Kontaveit though the more probable of the three is Ons Jabeur given her recent performances and impressive sliding abilities on the clay but it would be no surprise if Maria Sakkari is the finalist, while Barbora Krejcikova will be looking for another magical run, things are not going to be easy for her. And, Swiatek is still supposed to tame them all.

Prediction: Iga Swiatek to clinch her second grand slam and push her win-streak to 35 matches.