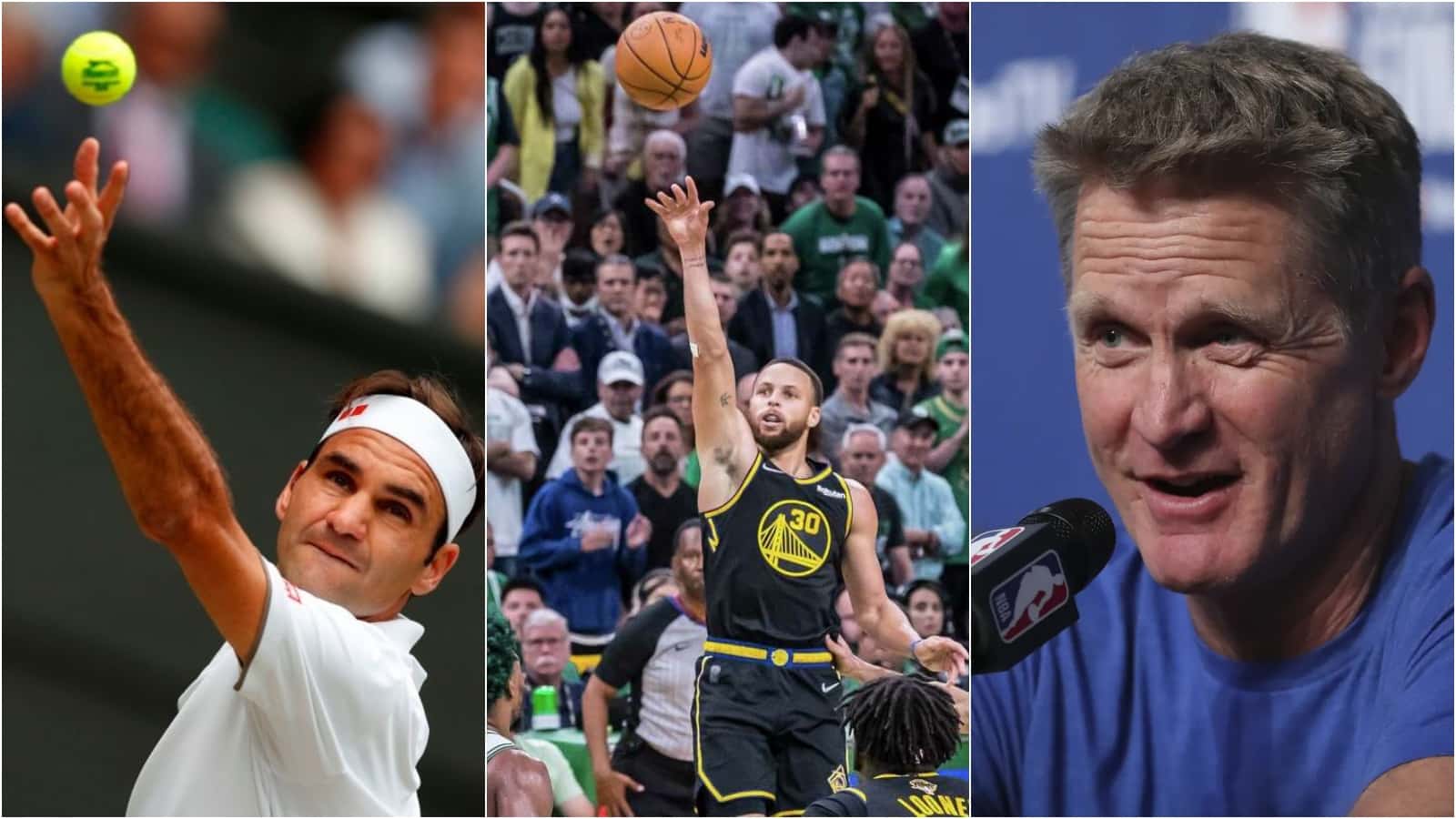 20-time Grand Slam champion Roger Federer has been one of the most inspirational and influential athletes in the past two decades and he has not just motivated kids but also athletes from different sports. Federer’s elegance and calmness on the court are two of his biggest strengths and that has come from his behavioral traits off the court as well that his colleagues and sportspersons from other games look up to.

One such interesting story was shared by Steve Kerr, former NBA player and current coach of the Golden State Warriors (GSW) who are playing in the 2022 NBA Finals against the Boston Celtics. The Celtics had a 2-1 lead going into Game 4 but the Warriors came back strong to win on the road and split the series at 2-2 with Steph Curry putting yet another brilliant performance scoring 43 points to take the series levelled back to the Chase Center.

Also Read: “You owe it to your teammates….to the Warriors” Chris Broussard urges Draymond Green to focus more on-court rather than podcast

Speaking in the pre-match press conference ahead of the Game 5 scheduled on 13th June 2022, Kerr lauded Curry for his efforts and consistency in the training that results in the performances he puts on the court later. To stress on his point further, he brought out the story from the time in Shanghai when Federer met the squad of the Warriors and in the brief meeting inspired them all which Kerr remembers vividly even today.

“Just the consistency of his routine, it’s like a metronome. Every day, it’s the exact same thing. He’s in the training room, he’s in the weight room, he’s on the court. It’s clockwork. But there’s also a sense of joy and energy within that work. He enjoys it so much. He loves the process. I think that’s one of the things that ties all great athletes together, like talking about the superstar athletes, the Roger Federers of the world, the Steph Currys of the world. There’s a routine that not only is super-disciplined but it’s really enjoyed each day.

“There’s a passion that comes with it, and that’s what sustains it over time. When you love something like those guys do, you work at it, you get better and you just keep going. I might have told you this before, but we actually met Federer a few years ago in China when we played in Shanghai. He came and spoke to our locker room, and Draymond asked him, he said, ‘How have you been doing this for 20 years?’ And his answer was just simple, yet profound.

“He said, ‘I love my daily ritual. I get up, make my kids breakfast, drop them off at school, and go train and I’ve figured out the right training methods to keep me in the best position at my age. I love competing. But every single day, I put my head on the pillow at the end of the day and think, man, what a great day.’ So I think of Steph a lot when I think of that story from Roger Federer. Very, very similar, just sort of zest for life and just joy for the process,” said Kerr.

Also Read: “Yes, definitely” Roger Federer confirms that he will be returning to the tour in 2023 and shares his comeback schedule