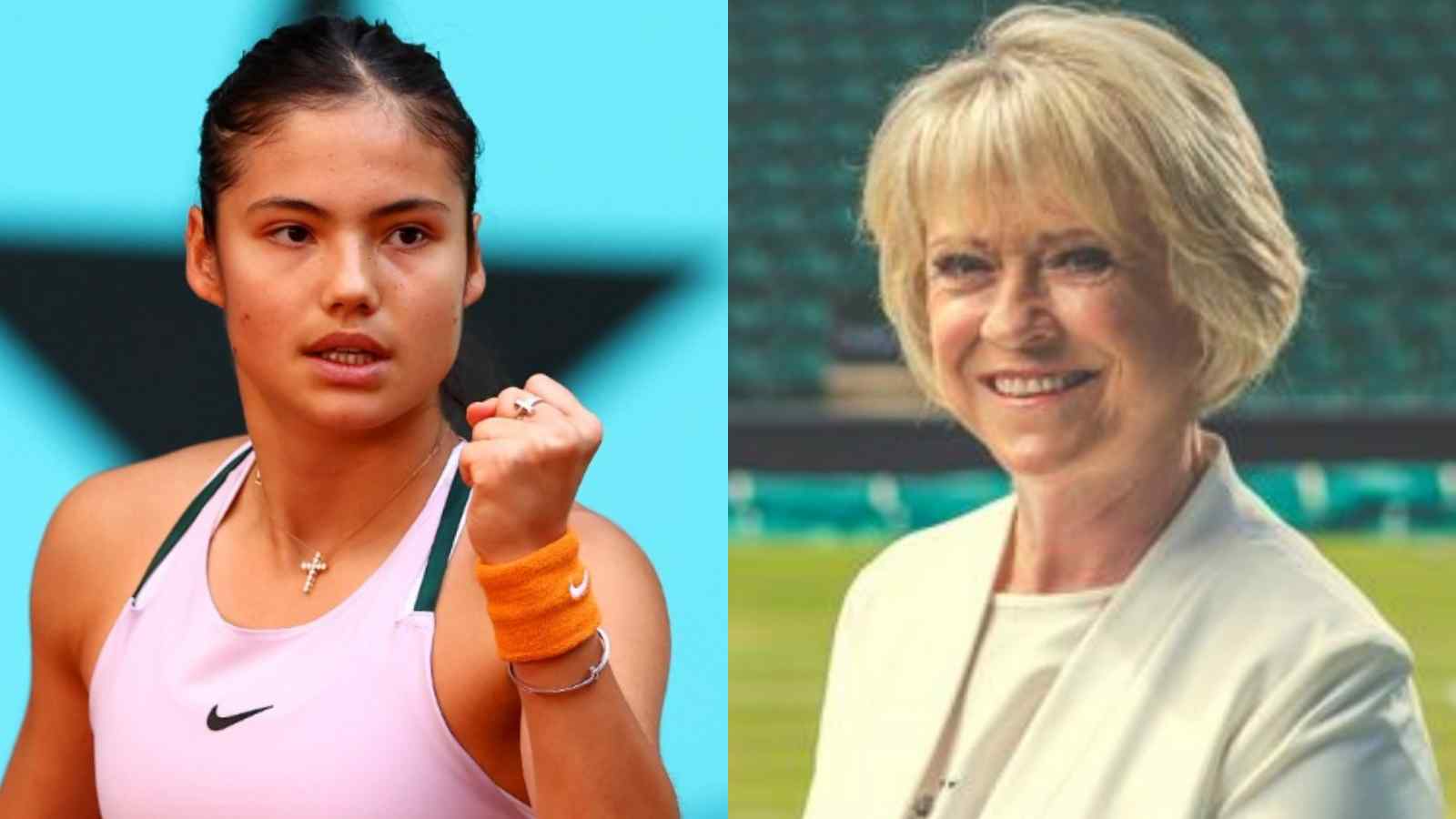 Emma Raducanu, the 19-year-old British tennis professional had the world at her feet last year as she won the 2021 US Open. What’s even more impressive is that she won at Flushing Meadows whilst coming into the tournament as a qualifier. The 18-year-old scripted history after she defeated Leylah Fernandez in the penultimate match last year.

Raducanu has been unable to do justice to her performances this year however, the Brit has been struggling to find her form throughout the year. She has faced early exits from every grand slam tournament this year and she was unable to defend her US Open title after she was eliminated in the first round of the tournament.

In an interview with the Telegraph, Sue Barker had some advice for Emma Raducanu. She said, “She’s got the game and she’s shown she’s got the mindset and physically she’s fabulous. I mean, I don’t know about the injuries and what’s happening with those, but she got through the US Open from qualifying. I feel that she’s got all the attributes. Now she’s got to learn how to win and maybe how to enjoy it.”

Also Read: A disappointed Carlos Alcaraz talks about the lessons learnt from the first defeat after becoming the World No 1

Emma Raducanu bows out of the Ostrava Open

After a string of disappointing performances, Emma Raducanu hoped to turn her fortune around at the Ostrava Open. The Brit sensation had her hopes crushed by fifth seed Daria Kasatkina. Raducanu showed some spark in the opening match and had her moments but she made too many errors.

She was defeated by Kasatkina in straight sets by 7-5, 6-4 as her poor form continues. The young Brit has a lot of expectations on her shoulders as winning the US Open last year put everyone’s eyes on her. Raducanu has been in poor form throughout this year and only time will tell if she is able to turn it around. Fans can only hope that Sue Barker’s words of wisdom can help Raducanu get her rhythm back.

Also Read: End of GOAT debate? Mischa Zverev not sure if Novak Djokovic will ever be World No.1 again