Sue Barker praises Emma Raducanu amidst a difficult season, credits her for dealing with “Immense pressure” over the course of the season 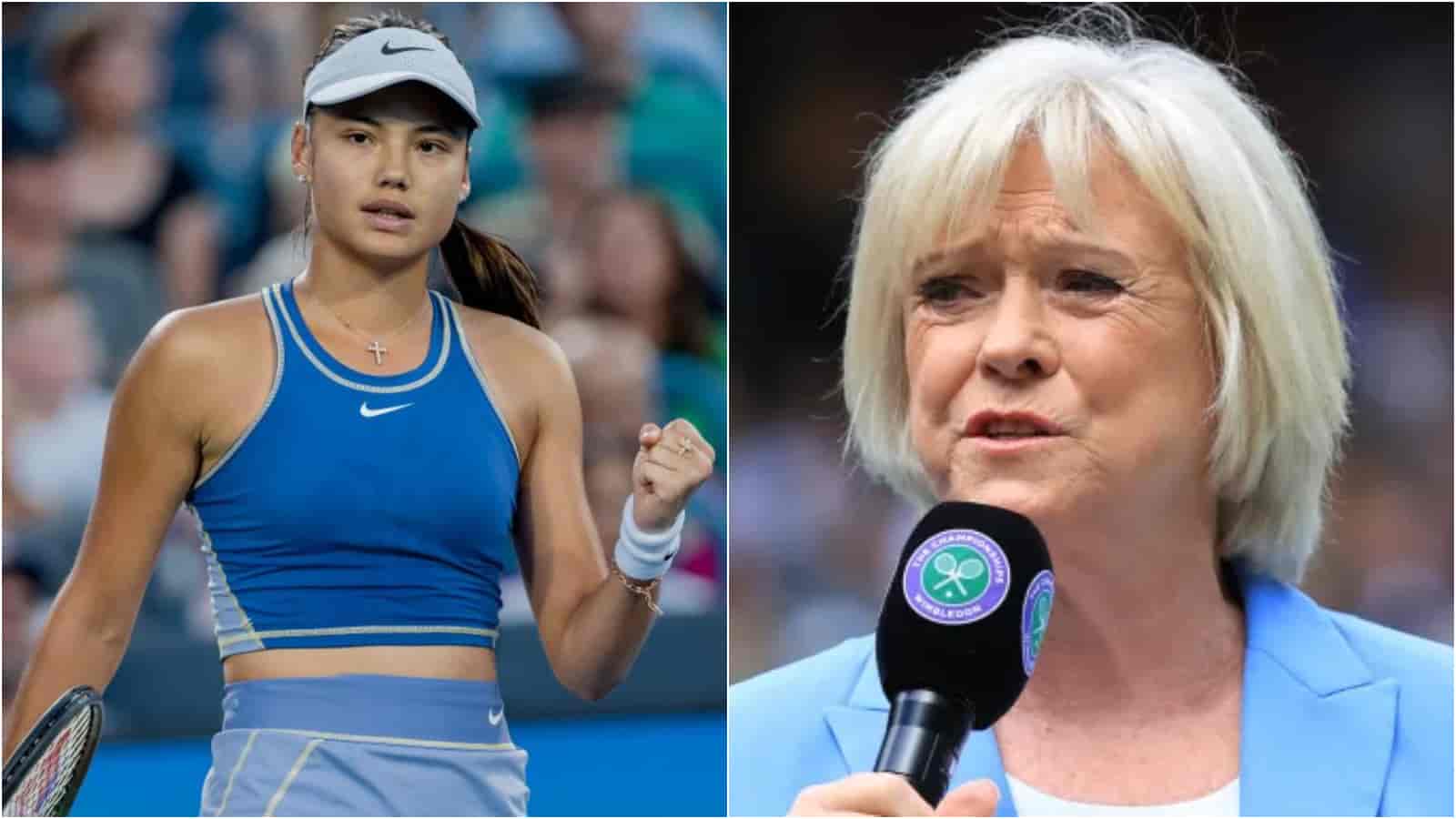 Emma Raducanu came to the limelight following her 4th round run at the 2021 Wimbledon Championships ranked outside the Top-300. She then topped it by winning the 2021 US Open title ranked 150th and also became the first singles qualifier in the Open Era history to win a major.

Her life however turned upside down following her title in New York. As she made a jump of 127 ranking places, her performances on the court have been disappointing since then. She however received some praise from legendary Wimbledon presenter Sue Barker who retired following this year’s Championships.

“But I also feel that the pressure that she’s been put under has just been immense,” said Barker speaking with the Telegraph. Having ended Britain’s wait of 44 years for a women’s Grand Slam champion, expectations from the 19-year-old increased massively coupled with consistent injury issues.

Also Read: “This is how it’s gonna be post-Big 3 era” World No. 1 Carlos Alcaraz and US Open runner-up Casper Ruud trolled mercilessly after first-round exits

With massive expectations from Raducanu to be consistently winning on the Tour, the Briton has not been able to fulfil them. With her soaring popularity, the brand deals came in which again became a problem for fans who believed she focused more on the commercial aspect than training.

One aspect of Raducanu that has been most criticised is her chopping and changing of coaches. Following the US Open win, she let go of her coach Andrew Richardson and after a wait, welcomed Angelique Kerber‘s former coach Torben Beltz. She however dismissed Beltz in less than 6 months.

Following Beltz’s removal from her camp, Raducanu remained without a coach and was helped by the LTA at her tournaments but the results didn’t come. With Anett Kontaveit ending her partnership with coach Dmitry Tursunov, Raducanu brought the Russian coach and has been with him since the end of the Grass season.

Under Tursunov, Raducanu reached her only semi-final of the season and her first since the US Open title. Raducanu made it to the last 4 of the 2022 Korea Open but an untimely injury saw her withdraw mid-way through the third set against eventual runner-up Jelena Ostapenko.

Also Read: Toni Nadal opens up on Roger Federer’s retirement and how the Swiss icon impacted Rafael Nadal throughout his career