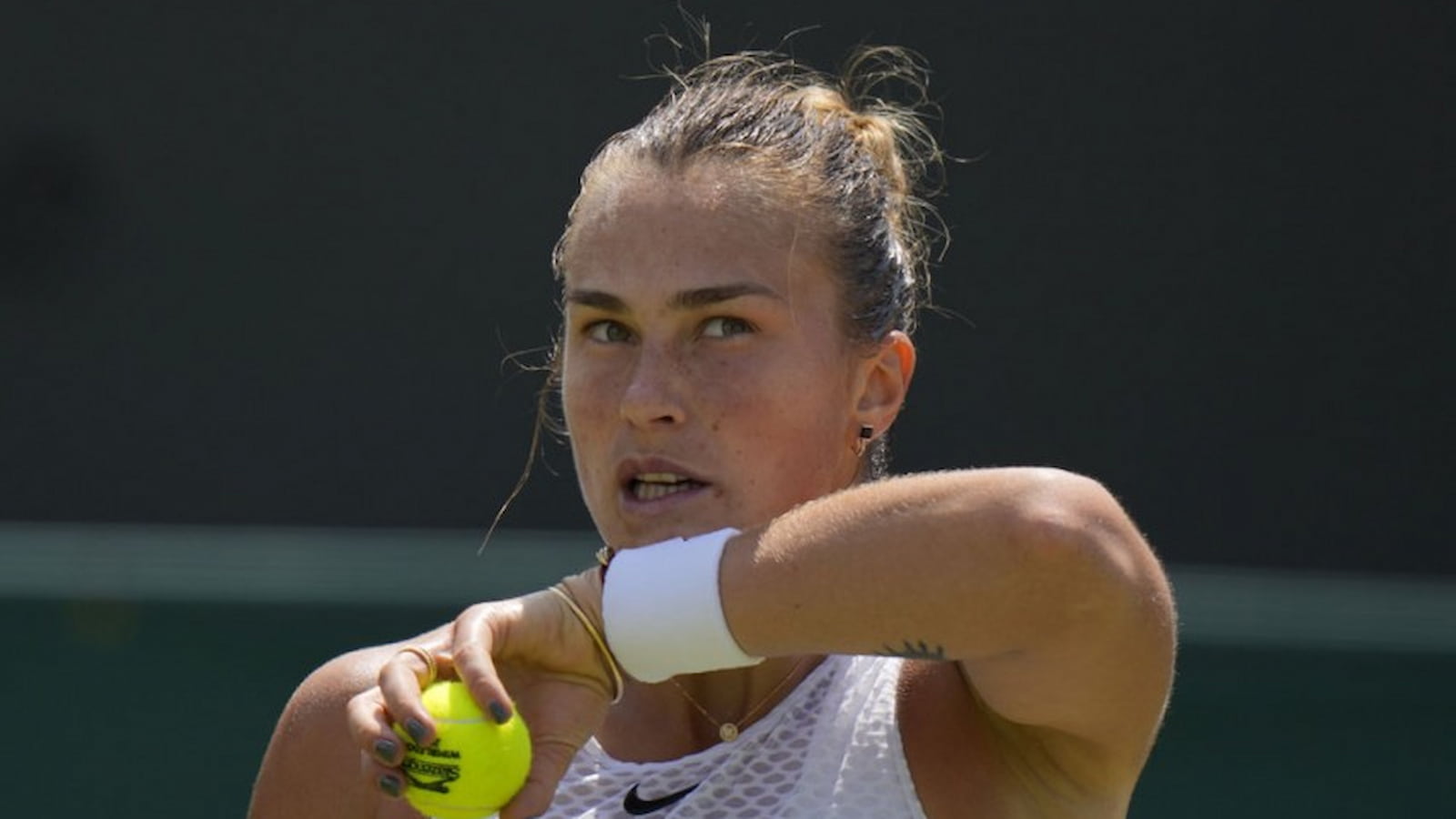 World No.6, Aryna Sabalenka is having a deep run at the US Open this year. She defeated Karolína Plíšková, 6-1, 7-6(4) to reach the final four of the last grand slam of the year. She’ll now face World No.1, Iga Swiatek in the semifinal of the prestigious grand slam where she’ll have to bring her best game.

The Belarusian star had to work hard at this slam due to not playing at Wimbledon this year. The Wimbledon championship banned Russian and Belarusian players because of the ongoing Russia-Ukraine conflict. Now, Sabalenka is speaking out about how it affected her game and overall her season this year.

Also read: Emma Raducanu confirms return on Tour as she looks to build points after crushing defeat in US Open title defence

Sabalenka opened up about her increased motivation for the US Open after her Wimbledon ban. She said, “Yeah, I worked really hard. They took away one opportunity from me, and I work really hard for this one. It was a tough time, especially when I was working out in the gym and there was Wimbledon playing on the TV. I was always turning it off because I couldn’t watch it.”

She further added, “I had a lot of good memories from there, and I miss it very much. That’s why I wasn’t able to watch it, because it reminded me about the great time I had there. It’s tough and it’s a lot of pressure. I’m just trying to think in that way, that I’m just an athlete and I have nothing to do with politics. I’m just trying to play my best and make sure that people enjoy watching my matches.”

Sabalenka also commented on her next opponent Iga Swiatek. She said, “She’s a great player, always tough matches against her. She’s moving well, hitting the ball really well, serving well. She’s a tough opponent, but I’ll do my best there and I’ll make her work as much as I can.”

Also read: Nick Kyrgios’ fine breaches the $10K mark yet again after he smashed his rackets on the court after losing in the US Open quarter-final

Also read: “The future of men’s tennis is in safe hands!” Tennis Twitter in awe of Carlos Alcaraz as he defeats Jannik Sinner in the second longest match of US Open history