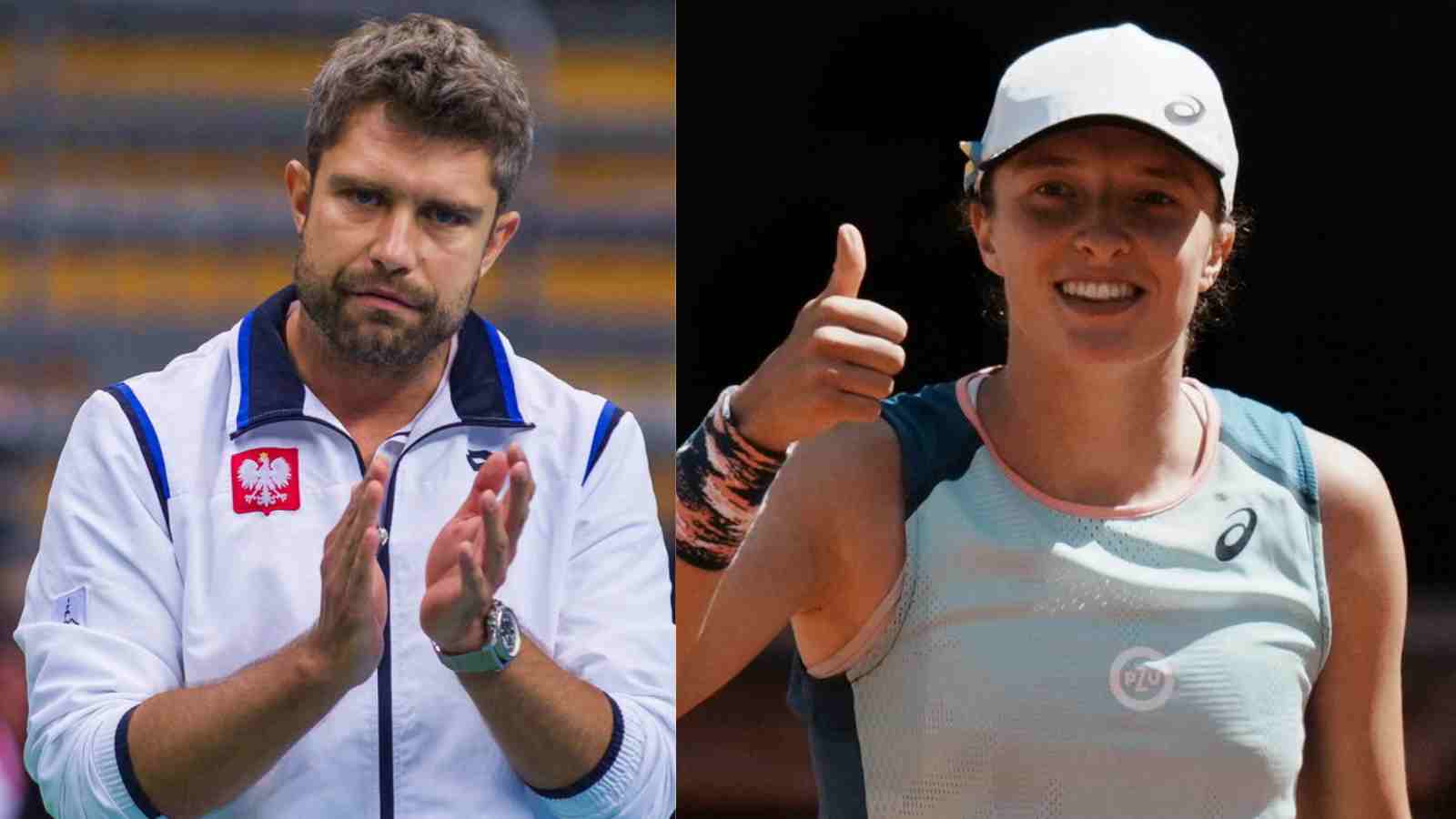 Tomasz Wiktorowski, coach of Polish world No.1 Iga Swiatek has recently opened up on his thoughts about the season and how his player was able to keep the momentum high irrespective of the circumstances. Iga has had one of the most remarkable tennis seasons ever in 2022 grabbing 2 Grand Slam titles en route.

The coach started by mentioning the mindset in which the Polish went onto the court each time, “How Iga was able to get through this season. She maintained the high level she showed at beginning of the year. There were no major bobbles. We can call matches in which she lost but there were just a few.”

He continued on how difficult it was to maintain the top form in different conditions and circumstances, “Everything else was on a level that previously could only be dreamed of. Iga was able to transfer her form to the court. And the circumstances are different everywhere. Keeping that high level is connected with being able to adapt“

Continuing the train of thought, he mentioned how there was always the urge to win and not just expecting a decent result, “Iga maintained her effectiveness, adapting to the various conditions she had to face, instead of trying – which is common among players and it is a trap – to adapt all the conditions around to what she expects“.

He concluded it by stating how proud he is of the player and also about how the addition of new team members in the group helped the World No.1, “I am also proud of the fact that we introduce a mindset that we are not going for a decent result, but for a win. We introduced this in consultation with Daria Abramowicz at the beginning of the year. This also worked.”

“Always play to win” is physiologically a less used strategy these days as there are many studies going on the “85% rule” which states that When an athlete is told to run at 85% they run faster than if they’re told to run at 100%.

Related: Iga Swiatek becomes the recipient of praise from Chris Evert and Martina Navratilova for speaking out against the sexual assault scandal in the Polish Tennis Association

21-year-old Polish World No.1 Iga Swiatek’s 2022 dominance resembles the prime of Serena Williams. She finished the season with a whopping number of 8 singles titles out of 17 she played, the last triumph was at San Diego Open.

Another astonishing record by Swiatek is the 22 bagels (winning a set 6-0)this season. The last one was at the WTA Finals against American World No.7 Coco Gauff. This is only second to the most number of bagels in a season recorded by Serena Williams in 2013 (25 bagels).

She has won the French Open and US Open this year making her overall slam count to 3. Her total ATP titles count is 11 and 8 of them were won this year. If she stays in this form, 2023 will also be a one-woman show by the Polish World No.1.

Also Read: Rafael Nadal and Roger Federer to tour together hints the Spaniard to fans in Colombia teasing at a ‘Fedal’ reunion