by Lakshya Chopra
in US Open 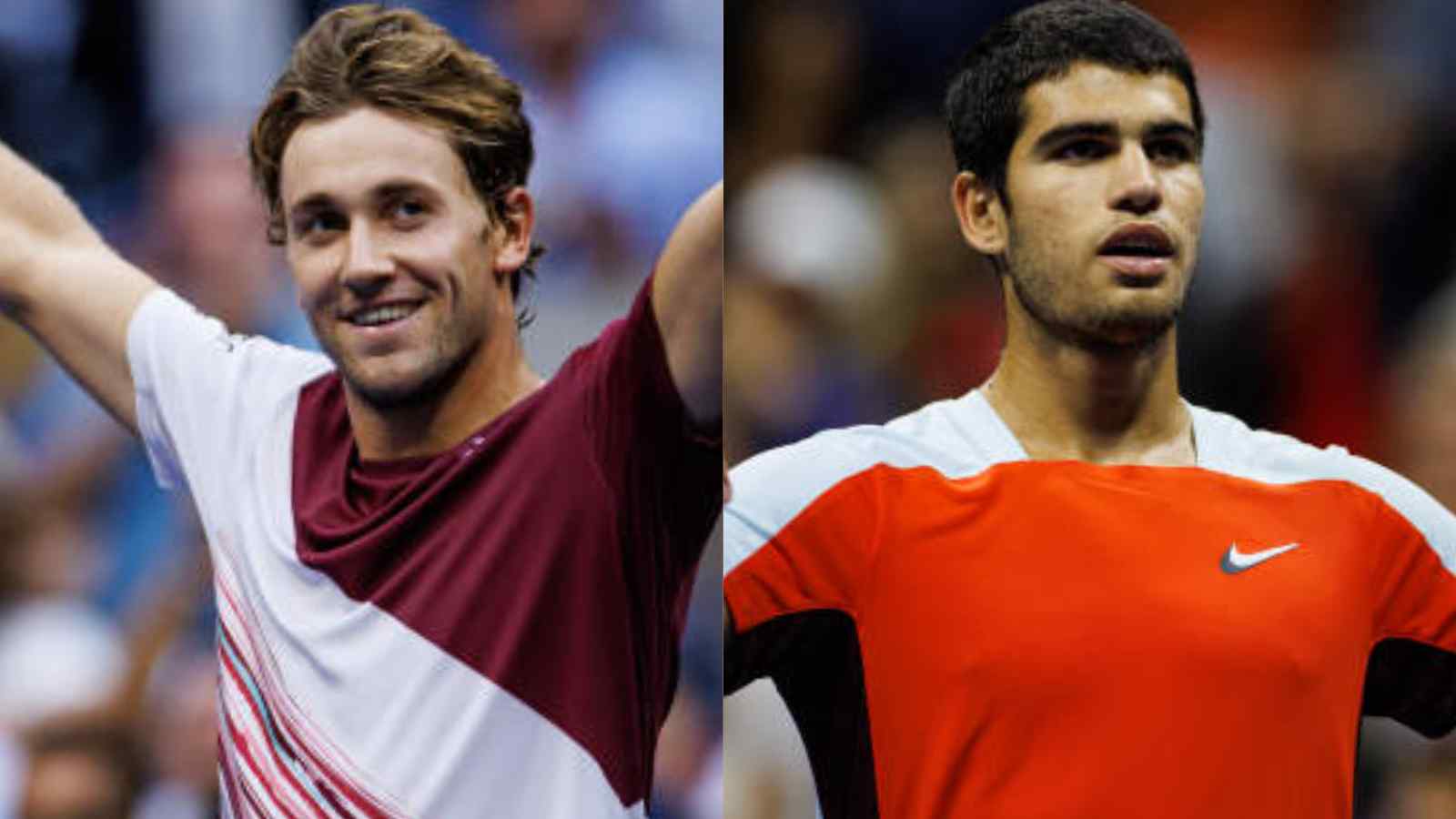 Playing his second major final of the season, Casper Ruud will be up against first-timer Carlos Alcaraz in the final of the 2022 US Open. Ruud is ranked 7th in the world while Alcaraz is the World No.4.

Despite getting no limelight, Casper Ruud has slowly risen up the ladder this season and is amongst the best on the tour. After being forced to miss the Australian Open, he won the Argentina Open and then made it to the final of the Miami Masters. He then had a poor first half of the clay season before eventually making it to the semifinals of the Italian Open and winning the title in Geneva. He then reached his maiden major final at Roland Garros where he lost to Rafael Nadal. He then won his 3rd title of the year at Gstaad and also reached the semifinals of the Canadian Masters.

In New York this fortnight, he has beaten the likes of Kyle Edmund, Tim van Rijthoven, and Tommy Paul in the initial rounds and eventually defeated Corentin Moutet in the Round of 16. In the quarterfinals, he thrashed Matteo Berrettini in straight sets and then eased past Karen Khachanov in the semifinals in four sets 7-6(5),6-2,5-7,6-2 to reach his second major final.

Carlos Alcaraz is having the season of his life and he just turned 19 a few months ago. He has had one of the best breakthrough seasons in recent times and started it by winning his maiden ATP 500 title at Rio. He then followed it up with a monumental Golden Swing where he won his maiden Masters title at Miami. On clay, he won the Barcelona Open and the Madrid Open- a tournament where he defeated Rafael Nadal and Novak Djokovic in consecutive matches. He then reached a couple of ATP 250 finals before bowing out in the quarterfinals of the Cincinnati Masters.

This fortnight in New York, Alcaraz eased past the likes of Sebastian Baez, Federico Coria, and Jenson Brooksby in the initial rounds but since then, life hasn’t been easy for him. He has played three back-to-back five-set matches- Marin Cilic in the fourth round, Jannik Sinner in the quarterfinal, and Frances Tiafoe in the semifinals.

This will be the third meeting between the duo. Alcaraz leads the H2H 2-0. They met at the Miami Masters final earlier this year where Alcaraz won in straight sets.

The stage couldn’t have been poised better. While not many expected these two to make it to the final, it is almost poetic justice that two young solid performers will battle it out for glory in New York City. In the live ATP Rankings, Alcaraz is No.1 while Ruud is No.2 and so is the case with most matches won in the season. The winner will not only go home with his maiden major title, but he will also become the World No.1.

Both Alcaraz and Ruud burst onto the scene as clay courters but over the last few months have proved their mettle on hard courts too. Ruud will rely on his consistent shot-making from the baseline while Alcaraz will look to endure his way into the match. The only problem the 19-year-old Spaniard may have is that he may lack physical strength given the time he has spent on the court in the last few matches. Having said that, expect history to be made on Sunday night in Ashe with Alcaraz becoming the youngest grand slam champion since his idol Nadal and walking home with both the US Open trophy and the World No.1 ranking.