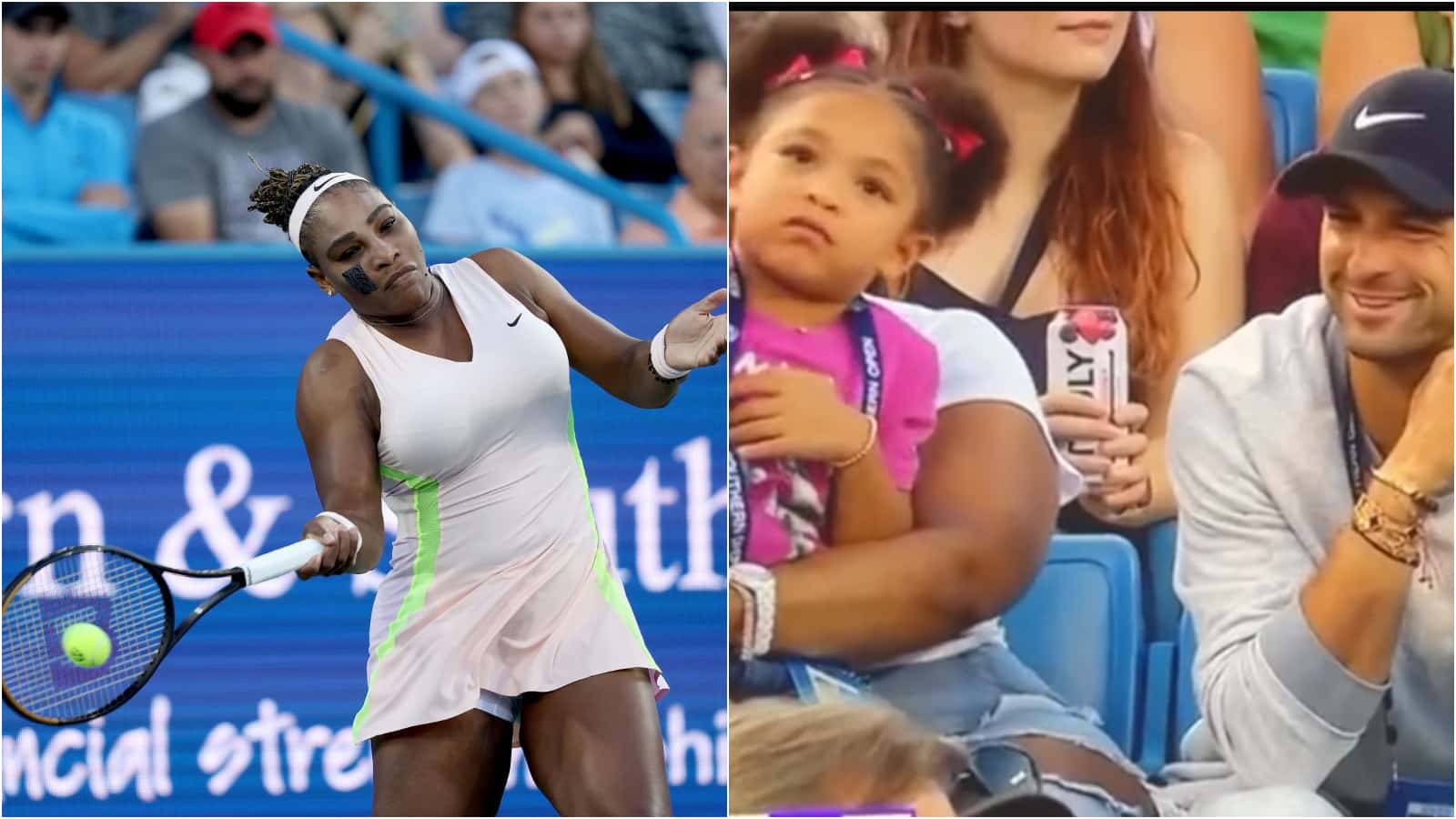 Former World No. 1 Serena Williams has possibly made her second last tournament appearance after she lost in the opening round of the 2022 Cincinnati Open where she was up against reigning US Open champion Emma Raducanu. The teenager won the match 6-4, 6-0 in her first and possibly the last meeting with the 23-time Grand Slam champion.

Emma’s match with Serena was a highly anticipated match as many are viewing it as the change of guard given Serena is set to retire at the end of the 2022 US Open while Emma in her very short career has shown that she will be there in the long run and could be the flag bearer of the Tour as despite being in her first full season crippled with fitness setbacks, none can deny Emma has fought valiantly.

Also Read: “You would never see that from Roger or Rafa!” Tennis Twitter calls out Serena Williams’ arrogance for refusing to address the crowd after losing to Emma Raducanu in Cincinnati opener

Serena Williams and Grigor Dimitrov had been linked romantically

With a superstar clash on the cards, even the stands were filled with some big names attending the match. Despite her shocking defeat in the first round, 4-time Grand Slam champion Naomi Osaka was spotted in the stands watching the match. The Japanese superstar lost in straight-sets to Shuai Zhang with the Chinese player winning the match 6-4, 7-5.

Serena’s daughter Olympia was also in the stands watching her mother and was joined by former World No. 3 Grigor Dimitrov, who happens to be one of Serena’s best friends. While many reports of Grigor and Serena dating have been published, none of it has been confirmed by the two players and given the Bulgarian was later confirmed to be dating Maria Sharapova, reports on the romantic relationship between Grigor and Serena have been ruled out.

Similar to Osaka, Dimitrov had also lost his first-round match in Cincinnati. The Bulgarian great was up against Denis Shapovalov with the Canadian winning the match 7-6(7), 6-3 to pick up a vital win after a massive drop in his form since the Clay season has begun. Shapovalov will next take on Tommy Paul whereas Raducanu after her win will be clashing with another former World No. 1, Victoria Azarenka.

Also Read: “Nicest person I’ve ever met in my life,” Naomi Osaka gets very emotional and expresses her heartbreak while talking about Serena Williams’ retirement