WATCH: Taylor Fritz back on the court with David Grutman after the heartbreaking loss to Rafael Nadal at Wimbledon 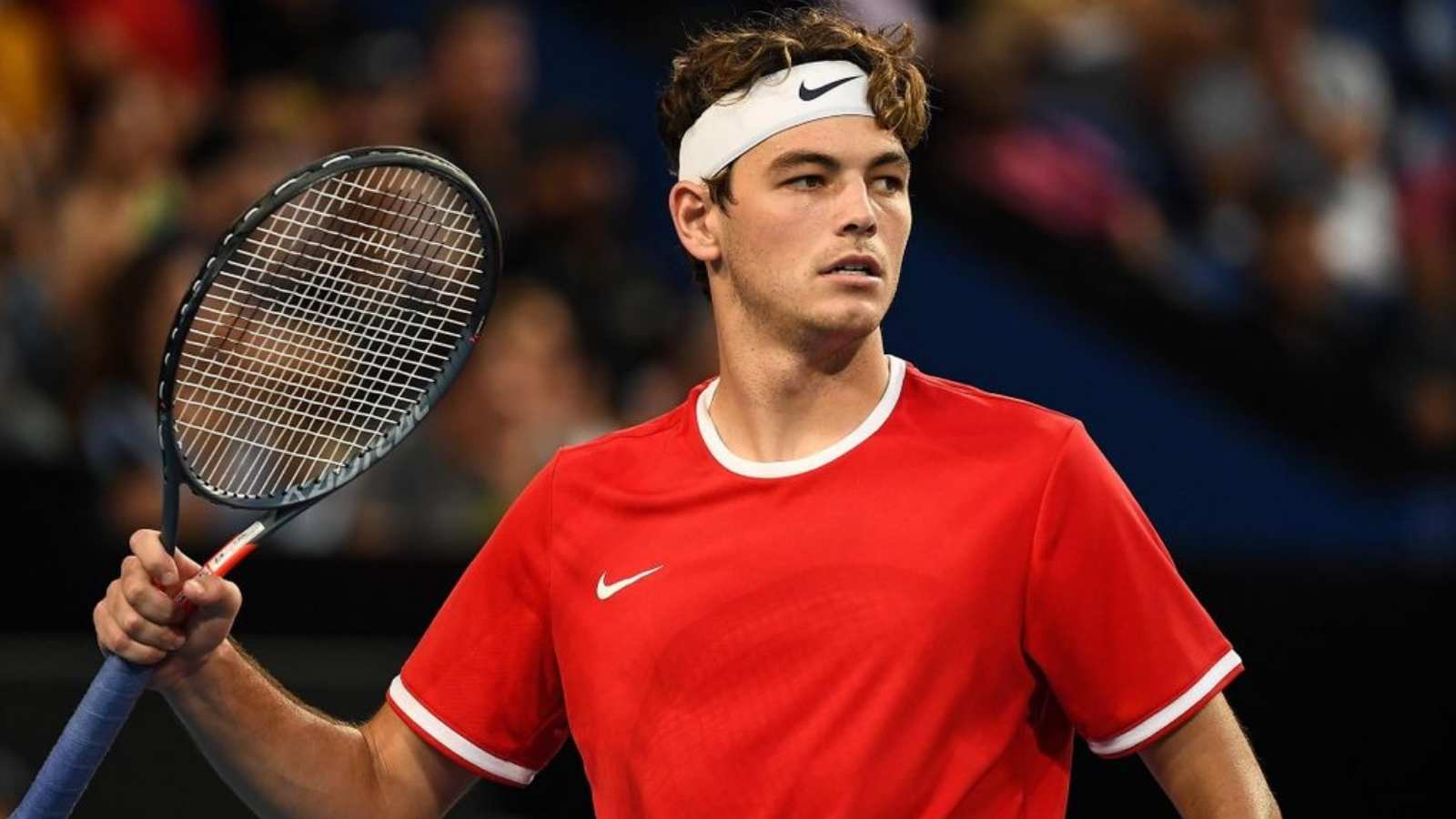 In the 2022 Wimbledon Championships quarterfinals, world No. 14 Taylor Fritz suffered a heartbreaking loss against 22-time grand slam winner Rafael Nadal in five sets. With a win over the 22-time Grand Slam winner earlier this year on his way to winning the Indian Wells, Fritz entered his Wimbledon quarterfinal encounter against Rafael Nadal in good spirits.

Having won Eastbourne International a week earlier, Fritz was on an 8-match winning streak and looked solid all week long at SW19. He was yet to drop a set all-tournament until he met Nadal. The Spaniard struggled with an abdomen injury throughout the match but despite Fritz’s solid effort, Nadal somehow managed to cross the finish line.

Also read: “Can we get married?” Eugenie Bouchard proposes to Zach Zumbusch months after split with Mason Rudolph

American tennis player Taylor Fritz has started training again for the first time since his devastating Wimbledon quarterfinal loss to Rafael Nadal, just in time for the upcoming American hard court season. David Grutman, an entrepreneur and one of the most important figures in the electronic dance music scene, was spotted hitting with Fritz in the music mogul’s backyard.

In a video uploaded by Grutman on Instagram, the 24-year-old said, “Haven’t hit a ball since my match with Rafa, first hit-back with Dave so it’s only the highest quality.”

Taylor Fritz was in the spotlight for a while despite leaving the Championships after losing to Nadal. Many questioned whether Fritz should have been given a trip to the next round and permitted to continue in the semifinals after the Spaniard withdrew from his match against Nick Kyrgios due to an abdominal ailment. The American quickly shot down such speculation, though, by asserting that he was not seeking assistance.

Also read: “She should talk about her boyfriend that was married” When Maria Sharapova attacked Serena Williams by speaking of her relationship with Patrick Mouratoglou

Also read: Days after the Big-4 reunion gets confirmed, Team Europe suffer a big setback ahead of the 2022 Laver Cup