World No. 93 Nick Kyrgios will make his long-awaited return to the tennis court when the Australian begins his season on home soil at the tournaments in Melbourne and Sydney before he returns to Grand Slam action at the 2022 Australian Open.

Kyrgios last played on the Tour at the Laver Cup after his 1st round exit from the 2021 US Open. In his season of just 15 matches where he lost 8 and won 7, fans will hope for a more regular season for the Australian who is always an entertaining force whenever he steps on the court.

In his recent interview with the Australian newspaper, The Age, Kyrgios gave his predictions for the 2022 season. Hoping for a good Australian summer for the Australian players, Nick also discussed who could be the real challengers for the Grand Slam competitions in the new season.

“I think Daniil Medvedev is amazing. I see him winning several Grand Slam tournaments. There is also Alexander Zverev who is obviously very good, as is Stefanos Tsitsipas and other top 10 players. But I hope the Australians succeed, I want someone from Australia to breakthrough. The demon Alex de Minaur, I think Jordan Thompson can have a good summer here as well,” said Nick.

Daniil Medvedev yet to win a match against Nick Kyrgios

Medvedev and Kyrgios have met twice on the Tour and the Australian got the better of Russian on both occasions. Their first meeting came at the 2019 Rome Masters where they clashed in the first round. Nick won the match in 3-sets with a scoreline of 6-3, 3-6, 6-3.

They next met in the finals of the 2019 Washington Open, where Nick again won the match but this time in straight-sets. Nick won the match 7-6(6), 7-6(4) on his way to the title which remains his last ATP title he won and has not reached the finals since then.

Nick will return to the Tour at the Melbourne Summer Set starting from January 4 while Medvedev will lead the Russian team in their title defence at the 2022 ATP Cup.

Also Read: Can Daniil Medvedev dethrone Novak Djokovic to become the World No.1 in 2022? 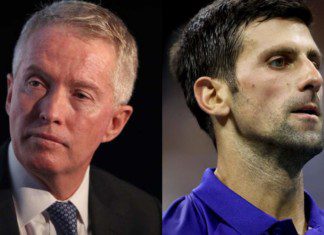 Sarthak Shitole - January 21, 2022
It has been almost a week since Novak Djokovic was deported out of Australia but controversies surrounding his 12-day troubled stay in the country...