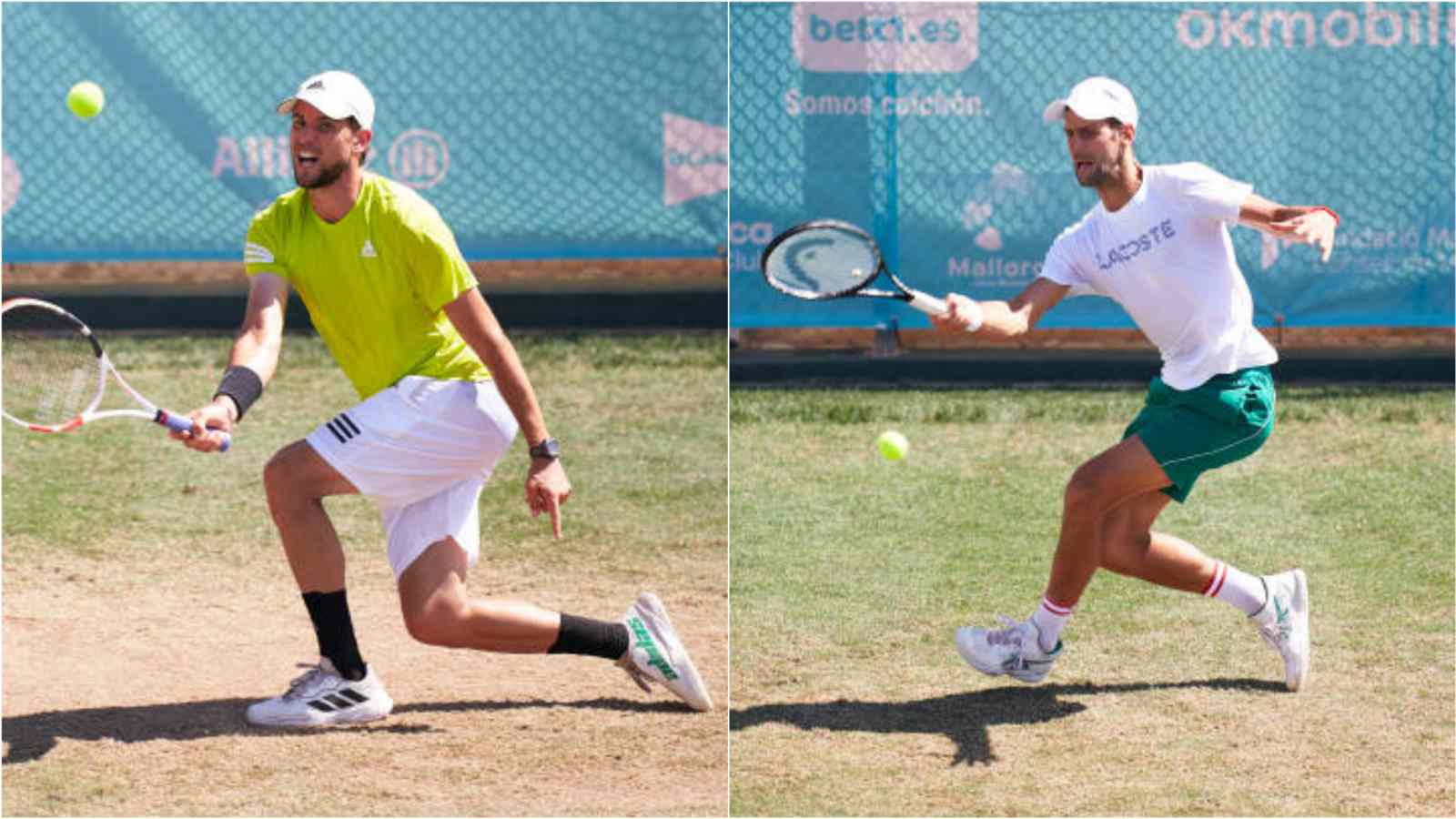 After winning his 19th Grand Slam in Paris earlier in the month, World No.1 Novak Djokovic is now focused on winning his sixth Wimbledon crown. He is also looking to win his 20th Grand Slam, which will help him tie with rivals Rafael Nadal and Roger Federer.

Although he is not playing any warm-up tournament before Wimbledon, the Serb is currently in Mallorca preparing for the most prestigious Slam, which starts on June 28. Djokovic is also the defending champion at the All England Club, after beating Federer in the 2019 finals, despite being two match points down.

Along with Djokovic, World No.5 Dominic Thiem too is in Mallorca, where he will also play the ATP event before making his appearance at Wimbledon. The Austrian is yet to get past the fourth round at SW19. Before playing his first match in Mallorca, the duo indulged in some practice session.

As you can see in the video, the Austrian was helping Djokovic with some smashes. The Serb is prone to making errors consistently with his overheads, which has also resulted in him giving squandering advantage on the court. Given the faster surface at Wimbledon, one would expect more overheads to come in the way of the defending champion. Therefore, it appears that Djokovic is making corrections on his smashes to attain a higher winner percentage.

As announced earlier by Djokovic’s coach, Goran Ivanisevic, the five-time Wimbledon champion will only practice in Mallorca, but will not feature in the tournament. On the other hand, the reigning US Open champion will play the ATP event in Mallorca.

The 27-year-old will kick-off his grass court campaign by taking on Frenchman Adrian Mannarino in the round of 16 today. Thiem is also the wild card for the tournament in Mallorca. Given that grass is the Austrian’s lead favourite surface, it will be interesting to see how he adapts to the surface, especially after a rough time on the clay.

Also read: “It was him” Elina Svitolina recalls a special memory with Andy Murray