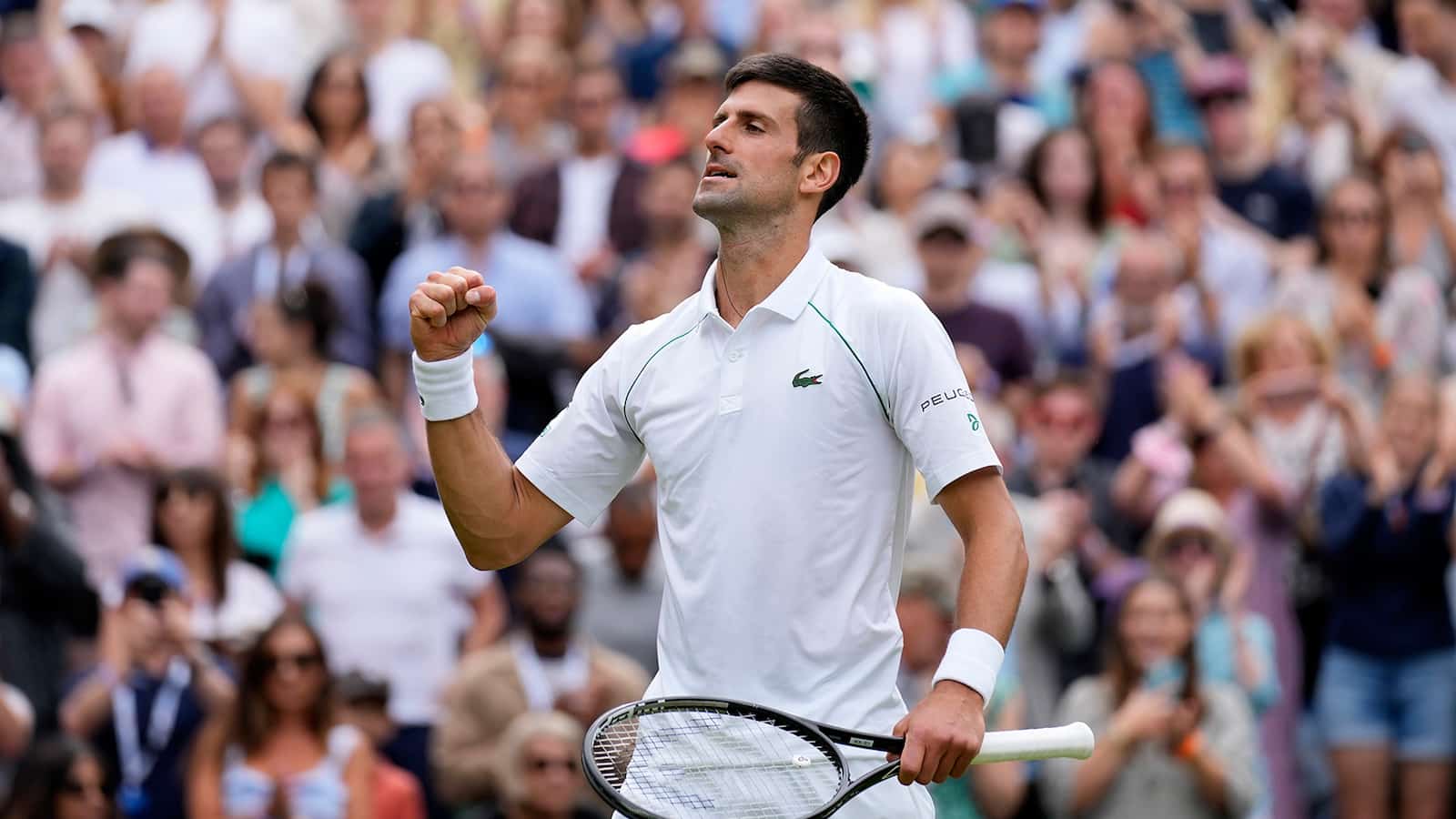 World No.1 Novak Djokovic didn’t take much time to wrap up the match, as he beat Marton Fucsovics in the quarterfinal of Wimbledon 2021. Djokovic got the better of the Hungarian in straight sets 6-3,6-4,6-4 to reach his 10th Wimbledon semifinal. This was also his 100th grass court win and third consecutive semifinal at the All England Club.

Djokovic wasn’t playing his best tennis of the tournament but he still managed to win convincingly against a nervous Fucsovics. The Hungarian first-timer started the match on a very poor note. He looked very nervous and wasn’t able to land his first serve in the box. He soon gave Djokovic a double break lead a trailed 0-4. Djokovic was doing enough things to keep the pressure on Fucsovics. But the Hungarian settled his nerves and managed to get a break back. Eventually the Serb manages to win the first set 6-3.

The second set saw a much better intensity from Fucsovics. He was getting in his groove and was holding his service games easily. But Djokovic did what he does best, and broke Fucsovivs in the end to win the second set 6-3.

The third set was evenly contested for most of the time until Djokovic raised his game. He was keeping his first serve in place and not making unforced errors at crucial times. He got the decisive break and won the third set 6-4 to reach the semifinal where he will face Canadian Denis Shapovalov on Friday.

Also read: ‘Happy that one of Matteo or Felix will be in the 2021 Wimbledon semis’: Ajla Tomljanovic