Novak Djokovic has absolutely dominated in 2021, having one of the best individual seasons in the history of the sports as he won 3 Grand Slam titles and was the finalist of the 4th, coming in touching distance to become only the second man to win all the Grand Slams in a calendar year and achieve the incredible ‘Calendar Slam’.

Djokovic started the season with 17 Grand Slam titles to his name and ended the season leveling with the rest of the Big Three that comprises himself, Rafael Nadal and Roger Federer. One of the most eagerly awaited moments of the new season would be who of the three wins their 21st Grand Slam title first.

Djokovic named ‘Champion of the Champions’ for the year

Djokovic beat big names in the sporting world such as Max Verstappen, Tyson Fury, Robert Lewandowski, etc comprehensively in the voting process of the French magazine to emerge victoriously.

L’Équipe is a prestigious French magazine that has been handing out its annual awards since way back in 1946. The voting process is partaken by journalists and is a top-secret procedure. The Ballon‘d Or, one of the most prestigious awards in the sporting world, is also held by L’Équipe.

Fans go crazy over Djokovic’s pics with the trophy

Fans and the tennis World in general went absolutely bonkers over the pics of Djokovic’s with the trophy by L’equipe, which was shared by photographer Etienne Garnier on his Instagram profile.

The Serb was looking visibly elated at his award win and was seen posing in various different variations with the trophies. The fans joined in to congratulate the Serb on the win in the comments of the post.

Novak Djokovic on Wednesday has pulled off from the Serbia team at the 2022 ATP Cup to be held in Sydney. This has come amidst the uncertainty of the Serb’s participation in the Australian Open over his vaccination status.

This has added fuel to an already speculative situation, with contrasting reports emerging out of the media. While many prominent figures including Australian PM Scott Morrison denied special exemption for the Serbian superstar, reports have emerged of late that the Australian Open’s organizers would push for the 34-year-old’s participation to not miss out on his star power and value which he would bring to the tournament.

There is no way to know for sure until either the organizers or Djokovic provide an official confirmation, so the rumour mills are set to continue being rife. 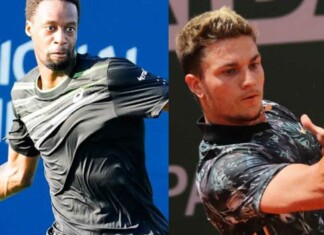