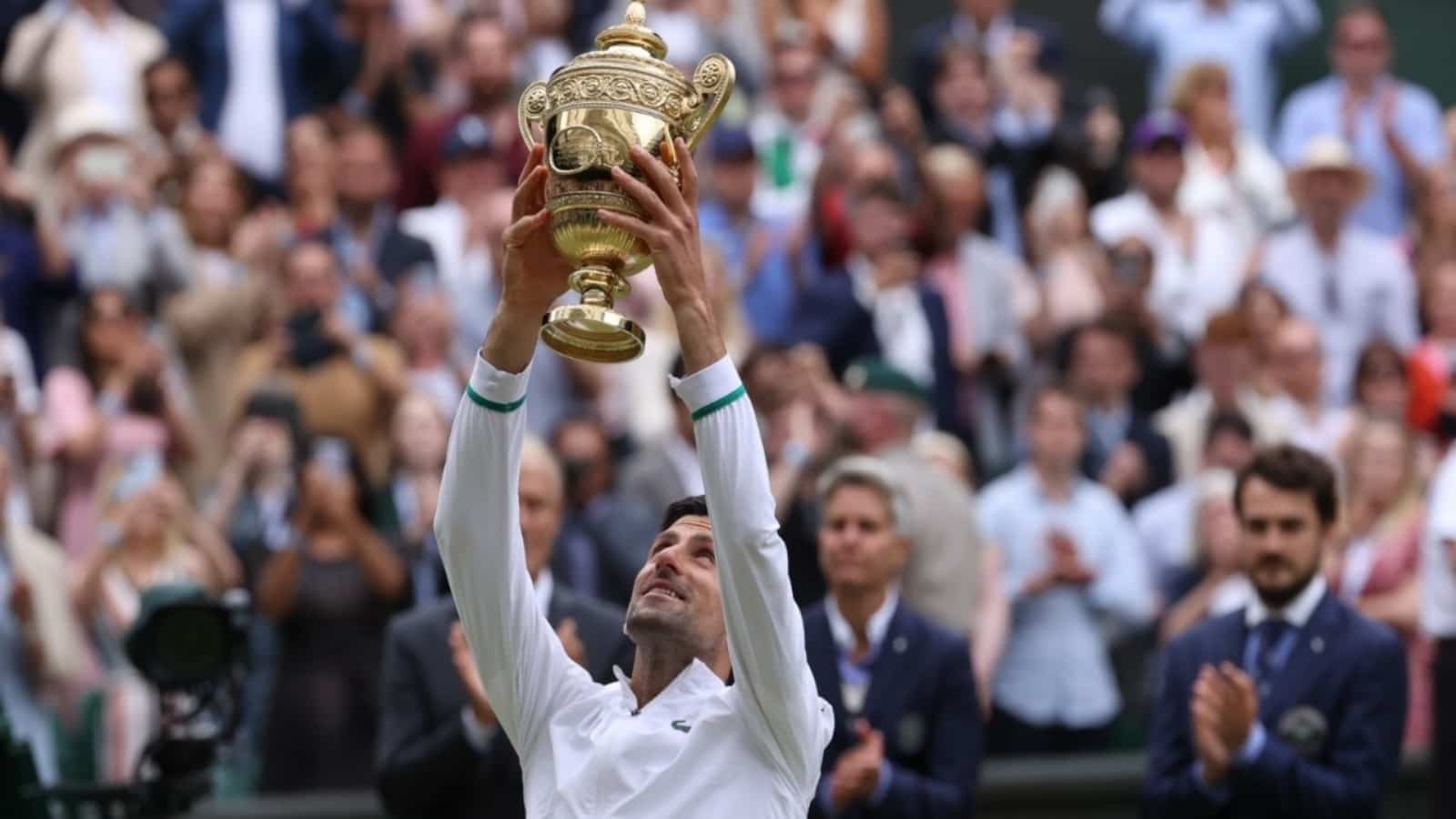 The top seed, not at his best against Berrettini today, solidifies his quest to be the G.O.A.T and the stats very well tell his story. For the first time ever, he holds the record for most grand slams won alongwith Rafael Nadal and Roger Federer. The Serbian superstar is now 21-0 at grandslams in 2021 and has won all the three majors- the Australian Open, the French Open and Wimbledon. He will now have a chance to achieve a rare golden slam by winning the US Open.

Djokovic wasn’t playing the best tennis but still managed to win, highlighting his mental strength. He started the first set well and took advantage of Berrettini’s nervousness, who was playing his first major final. He was quick to break the Italian machine and consolidated it to take the lead. Berrettini was struggling a lot from the baseline, hitting the easiest of shots in the net. Djokovic stormed to a 5-2 lead but then the Italian thunder struck.

Berrettini suddenly was hitting winners from baseline and his ‘hammer’ forehand was working. He managed to get the break back and leveled the score at 5-5. The Italian’s late surge took the set to a tiebreaker where he served flawlessly, hitting first serves in place and opening up the court for his hammer. He dropped 4 points and sneaked away with the first set to everyone’s surprise.

Djokovic played a much better second set. He managed to break Berrettini’s momentum and struck early to take a break. The Italian once again started hitting unforced errors on crucial points which not only hampered his chances to break Djokovic, he handed another break to the Serb. He managed to get one break back but it was all too late. Djokovic blew Berrettini’s late surge and took the second set 6-4.

It is a given that when Novak Djokovic gets going, there’s no stopping him. But Berrettini was time and again proving otherwise by hitting winners from the baseline. He started the third set well and was truly looking a threat to Djokovic. But a service game full of unforced errors gave Djokovic the break. He consolidated the break, but the Italian was making things difficult for him. Despite Berrettini being the better player in the third set, Djokovic hung in there and proved why he is the G.O.A.T to win the set 6-4.

It is not everyday that Djokovic is 2 sets to 1 up and he blows away the lead. He wasn’t going to do that today either. He played a much better fourth set and proved his mettle, getting the crowd all fired by by breaking Berrettini early once again. He consolidated the break to perfection and could see the win clearly. Finally, on the Italian’s serve, he held nerve and broke him to win the set 6-3. The fall on the ground after the win spoke volumes of what this win means to him!