Former doubles Number 1 player Nicolas Mahut shares an incident when he heard players complaining about the number of WTA tournaments held in France.

France has given many great players to the world including World’s Number 1 player Novak Djokovic but the number of female players are a handful. The reason behind this is the number of Women’s tournaments held in the country, which is quite a few.

Seeing the scenario in France, Mahut said, “ I had this desire to help women’s tennis. I have heard players complaining about a lack of women’s tournaments. It was important to support them.”

Situation of Women’s Tennis in France!

The situation of Women’s Tennis is not so good in France. We know that France already has a lot of ATP Tournaments for men but the amount of women’s tournaments is less. The country has few ultimately high-level tournaments. France ranks fourth in women’s tournaments, tied with Limoges which has the same format and behind Lyon, Strasbourg and Roland-Garros.

The National Technical Directorate of the French Federation of Tennis also expressed their need on the matter to increase the number of women’s tournaments.

The scene of women’s tennis has to be improved in France to give females ample opportunities to showcase their skills and talent, and gain merits for their country.

This change by the French Federation will leave a huge impact on the world and the activists working for the upliftment and betterment of women will be motivated to work even more and build a society which is safe and gives women the freedom of speech, making decisions, following their passion and representing their country on a global level with their talents and skills.

The number of tournaments for women should be increased not just in France but all over the world to give females the opportunities they lacked in the past. This will be a huge step in the empowerment of women around the globe and females from all over the world will utilize this opportunity and make the best out of it. 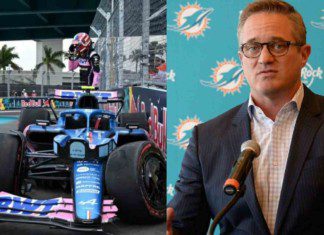 Shubham Bajpai - May 10, 2022
One of Miami GP organizers, Tom Garfinkel, has admitted to a need in change in the layout of the track after we saw a...