Emma Raducanu is a global superstar. Her title win at the 2021 US Open took the Brit’s popularity to a whole another level. After all, winning a Grand Slam after battling through the qualifiers without dropping a single set in the entire tournament is not something we see very often.

As soon as Raducanu won, brands came rushing, in order to rope her in as their brand ambassador. Moreover, Raducanu’s mixed heritage also played a huge role in making her a globally renowned figure. Raducanu, who plays for Britain has a Romanian father and a Chinese mother.

In addition to that, Raducanu is a polyglot and can effectively reach out to her fans in different languages which acts as a boon to the brands she represents. Recently, Raducanu was spotted practicing on the court with all her might in Romania in order to get herself in the groove for the Transylvania Open.

Raducanu’s first appearance on the court in Romania this season was captured by the photographers and as soon as the pictures made their way on social media platforms, fans flooded the comment sections with varied reactions. Some claimed that the Emma content should keep coming, while some said that they can’t wait to see Emma in action.

Recently, Raducanu was also spotted practicing hard with local tennis star Gabriela Ruse. Fans in the stands were applauding every rally the two stars were involved in. Needless to say, the people of Romania want to see Raducanu do well and the Brit will leave no stone unturned in putting up a strong performance after a disastrous outing at Indian Wells a little while ago. 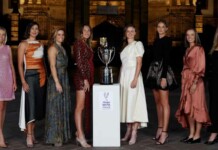 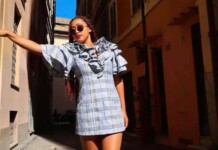 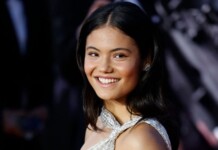 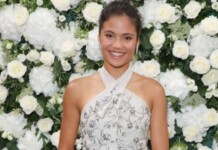