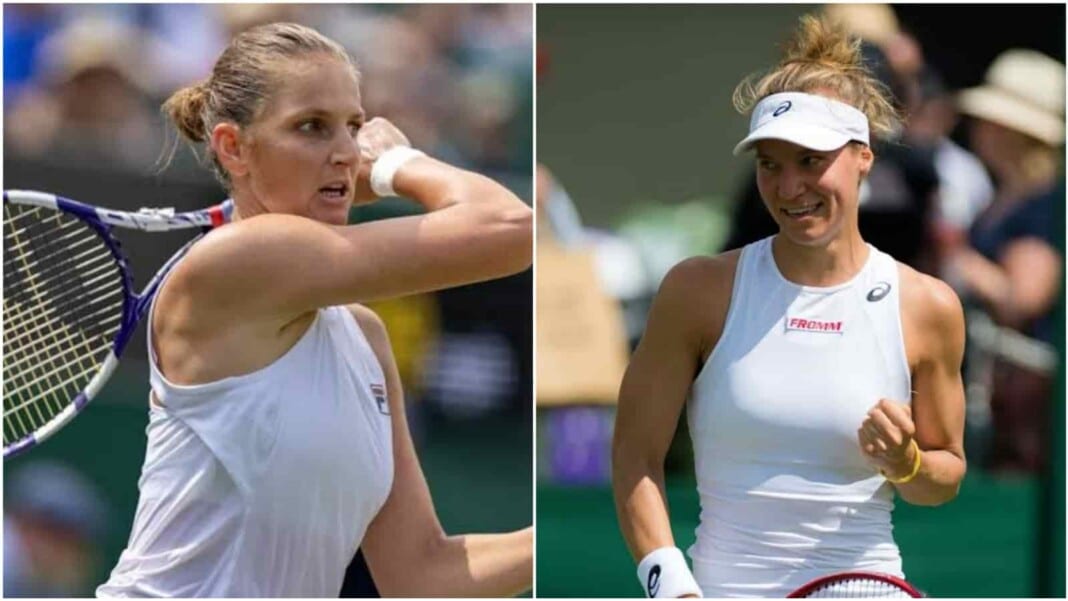 8th-seed Karolina Pliskova will look to end the giant-killing run of Viktorija Golubic when they lock horns in the quarterfinals of the Wimbledon Championships 2021. It has been nothing short of a dream run for Golubic who has already achieved her best result at a Grand Slam and as a result, she is carrying all the momentum with her.

Talking about the performance in the tournament so far, Pliskova seems to be finally bringing consistency in her performances as she has played some flawless tennis over the week and is yet to lose a set. The 29-year old Czech’s fourth round encounter against Ludmilla Samsonova was no different as Pliskova breezed past Samsonova in straight sets 6-2, 6-3.

On the other hand, after coming through arguably one of the best matches of Wimbledon 2021 against Veronika Kudermetova 3-6, 6-1, 11-9 in the opening round, Golubic hasn’t looked back. The 28-year old Swiss has registered straight-set victories since then and she continued the trend in the Round of 16 match as well, where Golubic demolished 23rd-seed Madison Keys 7-6, 6-3.

Prior to their meeting on the grass lawns of the Wimbledon, Pliskova and Golubic have faced each other only once. That match happened in the second round of the Fed Cup 2016, where Golubic edged past Pliskova 3-6, 6-4, 6-4 in a close contest. So Golubic leads the head-to-head record 1-0.

Even after the exploits from Golubic, Pliskova starts this match as a favourite. Pliskova has racked up wins without breaking a sweat till now, however it will be by far her sternest test. Having said that, expect the Czech to come out on top and end the fairytale run of Golubic. In the process, though, Pliskova, the World No.13, might lose her first set of the tournament.