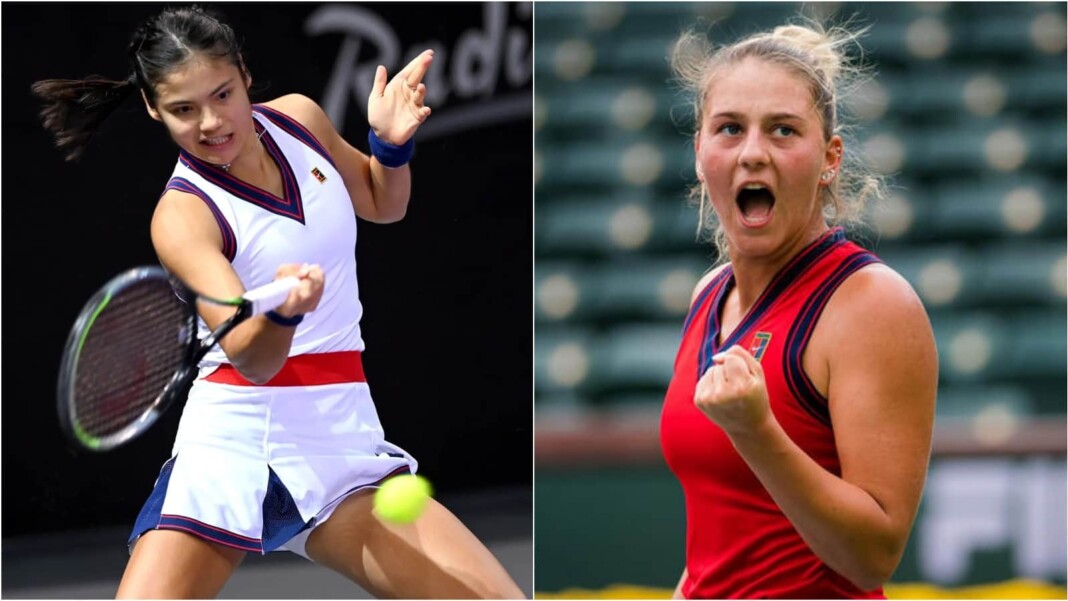 In the quarter-finals of the inaugural Transylvania Open 2021, World No. 23 and the 3rd seed Emma Raducanu will take on World No. 55 Marta Kostyuk.

Emma Raducanu is back to her winning ways as she takes down Ana Bogdan 6-3, 6-4 to move into the quarter-finals. After picking up her maiden Tour win in the first round where she had to make a comeback after losing the first set, the Brit looked more comfortable against Ana in a similar fashion in which she played at the 2021 US Open.

Marta Kosytuk qualifies for her 4th quarter-final appearance of the season as she defeats Mona Barthel 6-4, 6-4 in the 2nd round to enter the last-8 without dropping a set. It has been a good week for the Ukrainian having suffered terribly in her previous matches ever since she reached the quarters in Chicago and then failed to win a single 2nd round clash.

Looking at these numbers, their past performances and recent results, Emma Raducanu will be the favourite for the tie and might be forced to work hard for the win but at the end should turn out to be the better among the two.

Emma Raducanu vs Marta Kostyuk: Live Streaming and Where to Watch

“It’s not about blackmail, if Novak Djokovic chooses not to vaccinate that’s a matter for him” Victorian Sports Minister Martin Pakula hits back...