by Vivek Krishnan
in US Open 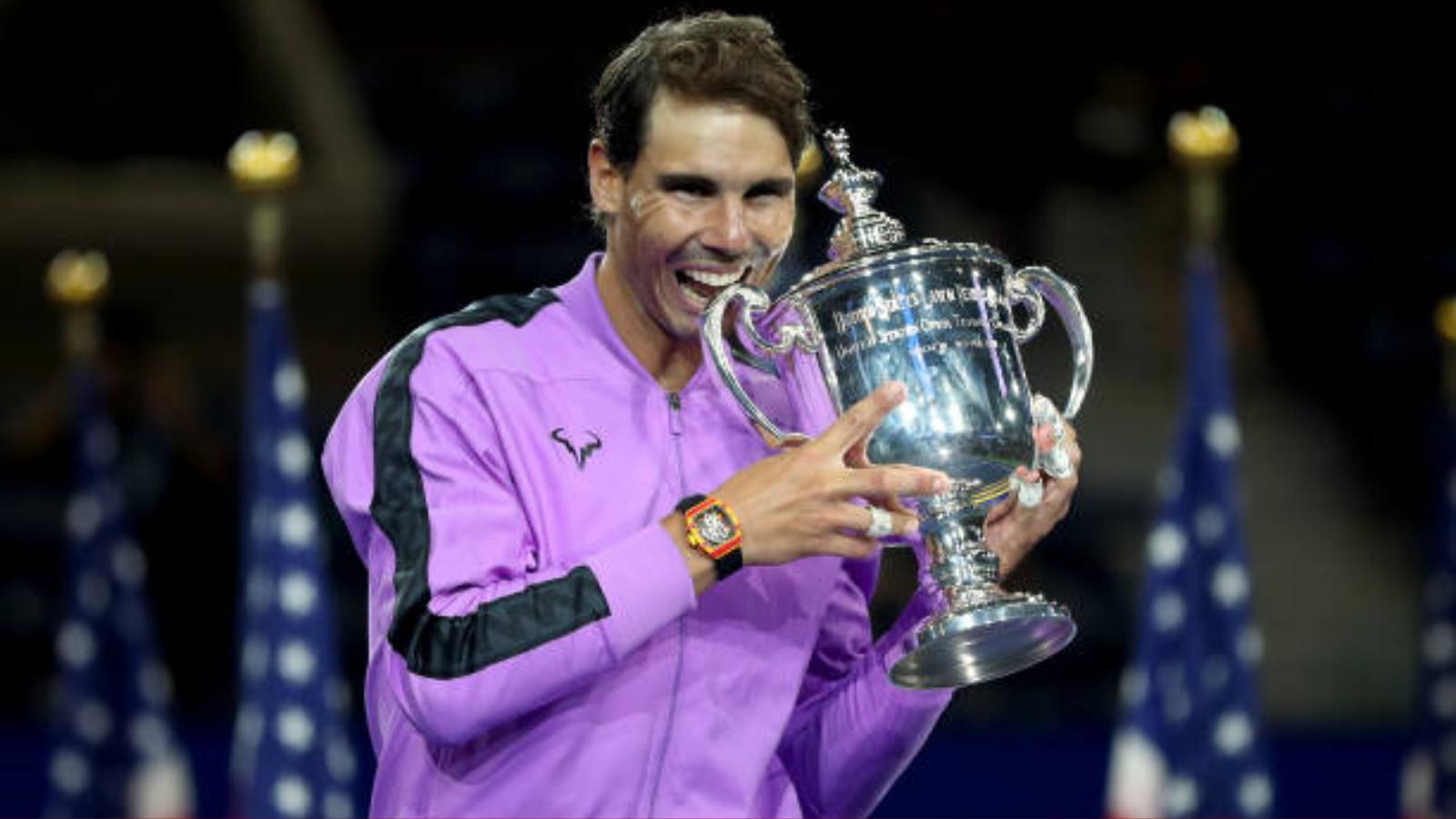 World No.3 Rafael Nadal announced on Thursday that he will not be participating at the upcoming 2021 Wimbledon and the Tokyo Olympics. The Spaniard who lost an epic match to World No.1 Novak Djokovic in the semifinals of the French Open recently opined that he needs more time to recover from a long clay season, spanning more than two months.

However, the 20-time Grand Slam champion also declared that he will be gearing up for the 2021 US Open which will be played in the American summer. The pictures of his outfit for the final Grand Slam of the year have also been circulated across digital platforms.

During the day sessions at New York, the 35-year-old will be wearing the Nike court Aeroreact line that he wore during the clay court season in Europe. Rafael Nadal will be seen with the white T-Shirt and blue shorts, with the Nike logo etched on both.

The Spaniard’s shoes for the 2021 US Open have also been circulated. He will continue to wear his recent Nike Air Zoom Vapor Cage 4 type. Keep in mind, that these are the day look apparels. During the night sessions, Rafa will be wearing a blue t-shirt with the same blue shorts.

The t-shirt will have green stripes on the sleeve and collar, blending very well with the dark blue outfit.

Nadal who is a former two-time Wimbledon champion has not enjoyed great success on the lawns of the All England Club in the recent years. Moreover, the grass also hampers his knees which can quicken his retirement from the game.  As far as the Olympics are concerned, he is already a gold medalist in the singles as well as the doubles. Therefore, it would make little sense for Nadal to travel to Japan, amidst the current pandemic.

The King of Clay is also a four-time winner at the US Open. His recent triumph in New York came in the year 2018, when he defeated Daniil Medvedev in five long sets.

Also read: “How do you think he won the Roland Garros”: Nick Kyrgios takes another sly dig at Djokovic