Recently, a shocking news about the demise of the Spanish tennis legend Manolo Santana came up. The legend was 83-years old and suffered from Parkinson’s Disease.

He died on 11th December in Marbella, Spain. The news left the entire tennis world in grief. Santana was an inspiration for tennis players across the globe.

The death of Manolo has left many players in anguish. One of these players is Spanish player Rafael Nadal. World No.6 had a special connection with Manolo and his demise left him in great sorrow.

Related: ‘We will never forget you!’ Rafael Nadal mourns the death of Spanish legend Manolo Santana

On the day of his death, many players including Novak Djokovic, Rafael Nadal, Billie Jean King, and many more expressed their condolences to Manolo’s family.

On the last rites of the legend, Rafa took to Twitter and delivered a sorrowful message. In the message, he said that though he is not at the ceremony but his support and condolence is always there with Santana’s family.

“Message to Manolo Santana and his family, from Kuwait. I wish I could be there with you today. A big hug,” he wrote. Manolo’s last rites were performed on 13th December, 2021.

Florentino Perez, the president of Real Madrid, went to pay his respect to Manuel Santana. Not only Manolo was famous in tennis, but he was a well-known personality in the whole of Spain.

Manolo joined the sport as a ball-boy and ended up becoming one of the greatest tennis players of not only Spain but the entire world. 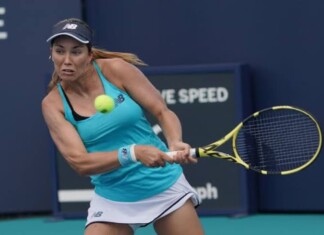 “Could make room for a boy” – Williams boss Jost Capito...