The Tokyo Olympics are just 2 days away and atmosphere is electrifying both in the Olympic village and amongst the fans around the world. The Games were postponed by a year due to the Coronavirus pandemic and will now be staged this year without any spectators.

Players from all over the world are landing in Tokyo for the Olympics. Meanwhile, Indian shuttler, Sai Praneeth also bumped into world no.1 and tennis star, Novak Djokovic in Olympic village. Praneeth shared a selfie on twitter with Djokovic and captioned it ‘Pic of the day.’

Praneeth is the only Indian shuttler competing in the men’s singles event after Kidambi Srikanth failed to make the cut. He is the 13th seed at the tournament and has been placed in Group D alongside Mark Caljouw and Misha Zilberman.

Novak Djokovic also has started his training at Tokyo. He was seen sweating it out on court during a night session in the Serbian outfit.

Novak Djokovic is the top seed at the Tokyo Olympics. He will also go in as the favorite to win the gold medal given his current form. He has already won the first three grand slams of the year and has equaled Roger Federer and Rafael Nadal with 20 grand slam titles to his name.

He can also create history by becoming the first man to complete a golden slam, i.e. to win all four slams and an Olympic Gold in the same year. He has won the Australian Open, the French Open and Wimbledon this year. All he has to do is to win the Olympic gold at Tokyo and later the US Open. 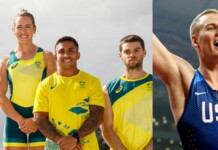 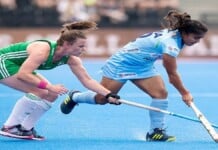