2015 US Open winner in the Doubles event, Sania Mirza receives the wildcard to compete at the upcoming 2021 US Open in New York. Mirza will be partnering with Coco Vandeweghe in the event as she comes looking for her 2nd title in the Doubles category and her 3rd in New York (2014 Mixed Doubles Champion).

The US Open has been one of the favourite events for Mirza. Apart from her two Grand Slam titles, her best result in Singles also came at the US Open when she made it to the 4th round at the 2005 US Open. Mirza made it to the quarter-finals in 2016 and semi-finals in 2017 in the Women’s Doubles and will be playing for the first time in New York since then.

Sania is currently ranked World No. 139 in WTA Doubles rankings whereas Coco who hails from the US, is the World No. 151 currently. While Coco reached her career-high ranking of World No. 14 in doubles, Mirza spent 91 weeks as the World No. 1 in the Doubles and is also the most decorated WTA doubles player with 42 titles to her name.

Sania was last seen in action at the Doubles event of the 2020 Tokyo Olympics where she partnered with Ankita Raina in what was the 4th Olympic Games for the Indian tennis legend. The duo was up against Ukrainians Lyudmyla Kichenok and Nadiia Kichenok in the opening round and were the victims of an epic comeback by the Kichenoks.

Mirza is yet to confirm her participation in any tournament in the build-up for the Grand Slam later this month. The 2021 US Open is set to begin from the 30th August 2021 with the finals scheduled on 12th September 2021. 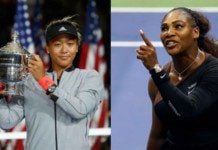 Atrayo Bhattacharya - May 16, 2022
The World No.1 Iga Swiatek has stayed true to her ranking as she has dominated the field this year and won her fifth WTA...