Serena Williams is probably the biggest name in tennis in the current times. Infact, she’s one of the greatest players to have ever played the game. The 40-year-old is a 23 time Grand Slam champion, which is the most any player has won in the open era and is only behind Margaret Court. For more than a decade, she was the most dominating player in the circuit, and was absolutely unstoppable.

However, the veteran has had a torrid time on the court over the last year, suffering from persistent injuries and a loss of form, which has pushed her down to World No.59 in the world, a far cry from when she was the top-ranked player for a long time.

Serena Williams had earlier ruled herself out from the Australian Open 2022 citing the hamstring injury that she picked up at Wimbledon last year. The same injury had also forced her to miss the US Open at the back end of last year. Infact, Serena has not played any tennis since that injury. This would be the first time since 2007 that neither of the Williams sisters would be competing at the Rod Laver Arena.

Her long absence from the game has had a big effect on her ranking too. The current 59th in the world is set to shockingly drop out of the top 200 in the rankings once the Australian Open is completed. According to Ben Rothenberg, one of the most influential tennis journalists in the world, the veteran will fall to somewhere between 240 and 250 in the world rankings, which depicts her unfortunate fall from grace. Serena was ranked 10th in the world even till the Australian Open last year, where she surprisingly made it to the semi-finals, which shows her sudden drop in fortunes.

With the injuries raking up and forcing the American legend to spend long stretches out of the game, it is apparent that the youngster generation has taken over from her, with the likes of Barty, Osaka and Sabalenka among the others the big names on the tour. 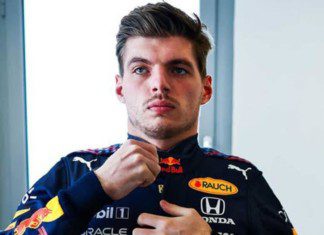 Rishika Saha - May 15, 2022
Jean-Eric Vergne and Max Verstappen's Formula One careers collided in Faenza in 2015, behind the wheel of Toro Rosso. The Frenchman, who had participated...