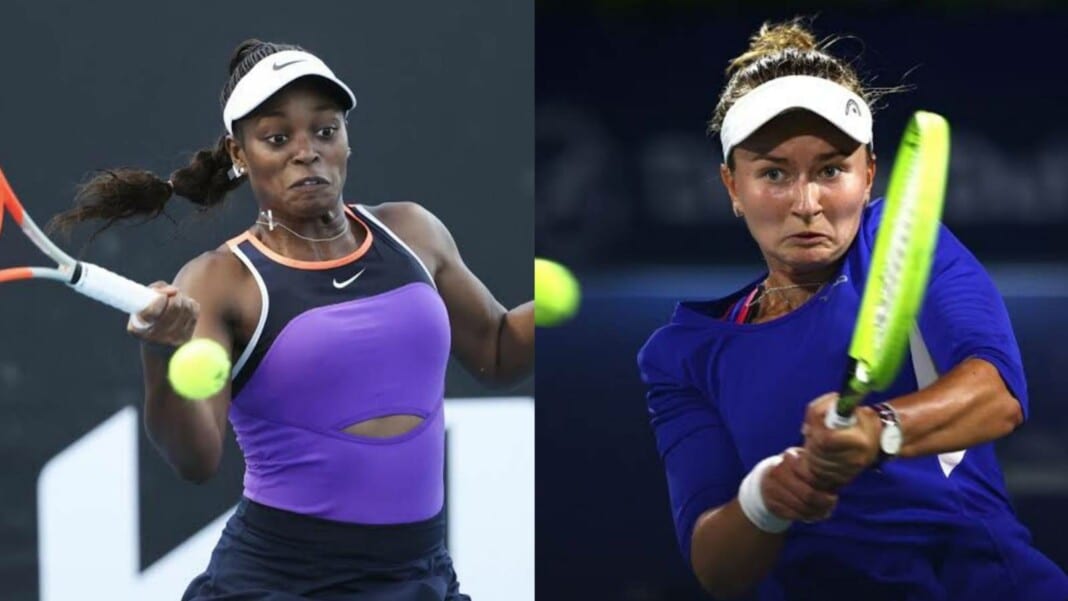 Finalist in 2018, unseeded Sloane Stephens will look to continue her winning spree against another unseeded player, Barbora Krejcikova in a Round of 16 encounter at the French Open 2021. Both the women are undergoing through a dream run as neither of them was expected to reach the last-eight stage at Roland Garros. With it, one of them will progress while the other one will have her dreams shattered.

Talking about the performance in the tournament so far, Stephens, after a tight opening round match, has looked solid thereafter, even conquering 9th-seed Karolina Pliskova in the second round. The 28-year old American, the former US Open champion, then breezed past another Czech opponent in the form of Karolina Muchova in straight sets 6-3, 7-5 in the Round of 32.

Like Stephens, Krejcikova too after a tough first round, has looked flawless thereafter. The 25-year old Czech after notching a comfortable victory in the second round, shocked the French crowd when she bamboozled 5th-seed and one of the favourites to lift the trophy Elina Svitolina in straight sets 6-3, 6-2 to match the result that she achieved last year at Roland Garros.

There has been no prior meeting between the two women, they will face each other for the very first time. So the head-to-head record currently stands deadlocked at 0-0.

Both players have had the fair share of moments in the past week and both deserved to reach the quarterfinals. However, Stephens holds the edge over Krejcikova and will begin as favourite to win the match. There are less chances that the encounter will go to the distance, which means Stephens should close this out inside two sets. However, both the sets will be really tight and Stephens will have to win the crucial moments.