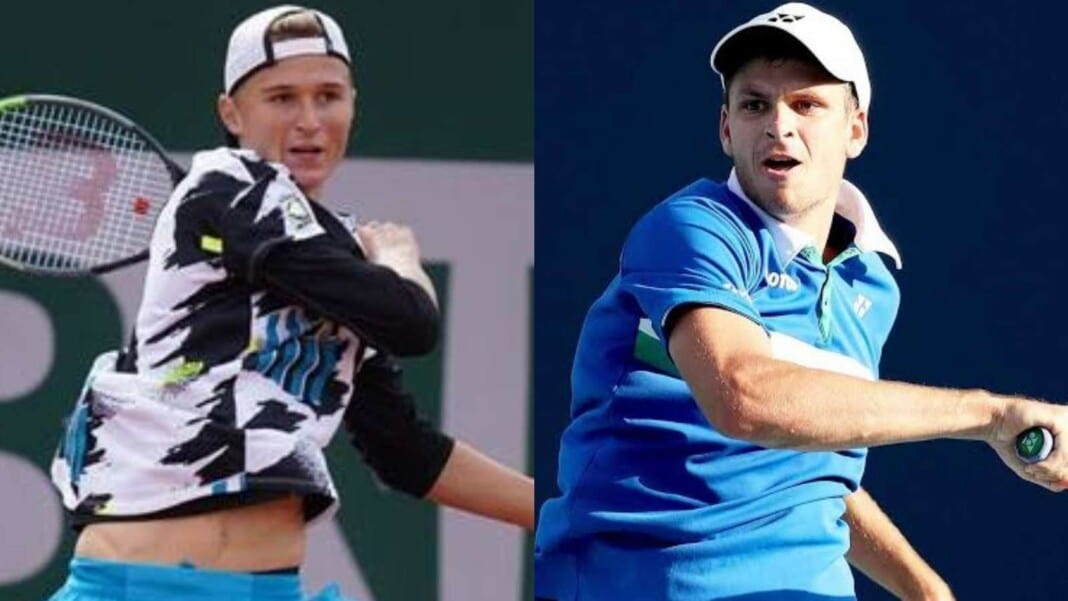 2nd-seed Hubert Hurkacz will look to make it to the quarterfinals when he takes on wildcard entrant Dominic Stephan Stricker in a Round of 16 encounter at the ATP 250 Stuttgart Open 2021. Hurkacz is one of the favourites to win this tournament and he should step aside the disappointment of the French Open 2021 and instead focus on greater challenges ahead.

Talking about the performance in the first round, Stricker, ranked as lowly as World No. 335 currently, came through a tough battle to stun Radu Albot in straight sets 7-6, 7-6. The 18-year old Swiss before coming to Stuttgart last played in the ATP Geneva Open 2021, where he was having a great run before eventually losing out to Pablo Andujar, the same person who conquered Dominic Thiem at Roland Garros, 6-4, 4-6, 4-6 in a marathon quaterfinal match.

On the other hand, Hurkacz got a first-round bye. The 24-year old Pole was expected to have a great outing in Paris and could have easily reached at least the third round of the French Open. However, even after being two sets up, Hurkacz crumbled down under pressure as well as brilliance of Botic van de Zandschulp 7-6, 7-6, 2-6, 2-6, 4-6 to bow out in the first round itself.

The two men have never played against each other. It will be their first meeting of the Tour at the ATP Mercedes Cup, so the head-to-head record currently stands at 0-0.

Currently ranked 20 in the world, Hurkacz is some 315 places above Stricker! There is a vast difference on paper and it should be a walk in the park for the Pole. However, Stricker has played some good tennis recently and looks like a player who is ranked in top-100. Having said that, it still should not be difficult for Hurkacz to make it to the last-eight until his confidence has taken a major dent from the drubbing he got past week in Paris.