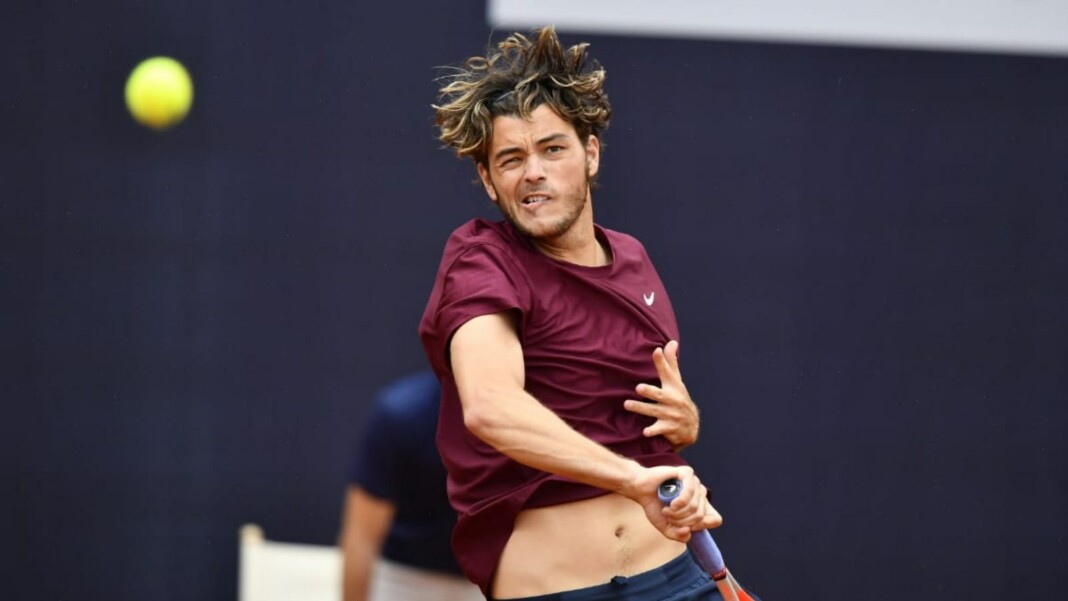 In the third round bout of the Rolex Paris Masters 2021, American Taylor Fritz defeated Britain’s Cameron Norrie in straight sets. This was the eighth time that the duo faced each other. With the 6-3 7-6 win, Fritz evened out the head-to-head which was earlier tilted 4-3 in Norrie’s favour.

Fritz is currently ranked 26 in the world, having attained the highest spot of no. 24. His best performance on tour came in 2020; while in 2021, he has struggled with form. He had to depart from Paris in a wheelchair during his last visit that came at the Roland Garros. In comparison, Norrie had a better run this year. The Brit picked up two titles at Los Cabos and Indian Wells.

He ascended the spot of no. 13 in the world and also became the British no. 1. Despite being more favoured to win this match, Norrie couldn’t hold the fort against the American who has been playing some strong tennis in the second half of the year. Storming into the quarters of a second consecutive ATP Masters 1000 tournament, Fritz also dampened Norrie’s attempt at qualifying for the ATP Finals to be held in Turin, Italy.

Cameron Norrie now has an arduous and unsure path leading upto the ATP Finals. His only shot at the main draw involves Hubert Hurkacz losing his quarterfinal bout against James Duckworth and bowing out early in the upcoming Stockholm Open in Sweden. If Norrie manages to win the Swedish tournament, he might qualify for the year-end championships. But he did confirm that he will appear at Turin as an alternate.

In the quarterfinals of the Rolex Paris Masters 2021, Fritz will go against world no. 1 Novak Djokovic. The Serb was lucky to receive a walkover in his pre-quarters match, as Gael Monfils withdrew citing a groin injury.

The duo has faced each other four times, Novak having emerged victorious in each occasion. Three out of the four matches were won by Djokovic in straight sets. Their last meet was this year at the Italian Open.

Despite his poor record against Djokovic, Fritz is confident about his performance. In a post-match interview, he said about Novak “I’m playing my best tennis ever. If there was a time, it would be now that I can really push him!”.

Also read: “I feel at home here” What Daniil Medvedev has to say about France and his participation in the Rolex Paris Masters 2021