The USTA and the US Billie Jean King Cup Team will host Team Ukraine at Asheville, North Carolina, on April 15-16, 2022, for a Billie Jean King Cup by BNP Paribas Qualifying tie. The Americans are aiming to win their 19th championship. For the third time, Harrah’s Cherokee Center – Asheville will host the tournament, which was previously identified as Fed Cup.

The USTA will donate 10% of the proceeds from the event to the Global Giving Ukraine Crisis Relief Fund. Harrah’s Cherokee Casinos and Ingles Markets are among the local sponsors who will participate in the contribution. Also, at the Harrah’s Cherokee Center, there will be a way for fans to donate money through a variety of activations.

“We will use this event to continue advocating for peace” Stacey Allaster, CEO of USTA

Former WTA chairman and CEO Stacey Allaster, who is now the USTA’s CEO of Professional Tennis, stated that the Ukrainian team will receive all possible support and that the USTA will use this tournament to continue advocating for peace.

“The USTA, along with all of tennis’ governing bodies, condemns the invasion of Ukraine and continues to advocate for peace. We’re committed to welcoming the Ukrainian team and to making sure they have all the support they need leading up to and during the competition in Asheville. Together, we will use this event to continue advocating for peace, along with providing aid and support for the people of Ukraine.”

The Billie Jean King Cup is the world’s largest annual international team competition for women’s sport, with over 100 countries competing each year. In this year’s USA vs Ukraine match, big names will partake such as Danielle Collins, Elina Svitolina, Sloane Stephens and so on.

The US squad consists of World No. 11 Danielle Collins, who has been showcasing her extraordinary abilities since finishing second in the Australian Open 2022. For the US Billie Jean King Cup Team, she is 4-0 in singles, including a 3-0 record in the 2021 Finals in Prague and a singles victory in Asheville in 2019. Alongside her, the team will feature World No.19 Jessica Pegula, World No.38 Sloane Stephens, an in-form Shelby rogers with the ranking of 49 and Desirae Krawczyk who has a World No.20 ranking in doubles.

On the other hand, the Ukrainian team will be led by World No. 18 Elina Svitolina, who has just finished her Indian Wells campaign in the 2nd round. She will be accompanied by World No. 54 Marta Kostyuk, No. 210 Katarina Zavatska, Lyudmyla Kichenok and Nadila Kichenok, who hold doubles No. 30 and No. 37 rankings, respectively. 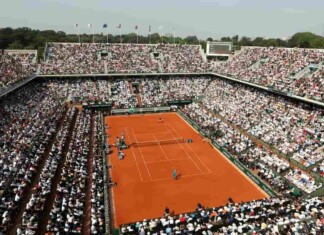 “On a perfect day…” Rafael Nadal talks about his notion of...

Tempo at Mercedes has shifted: “World title is still possible”