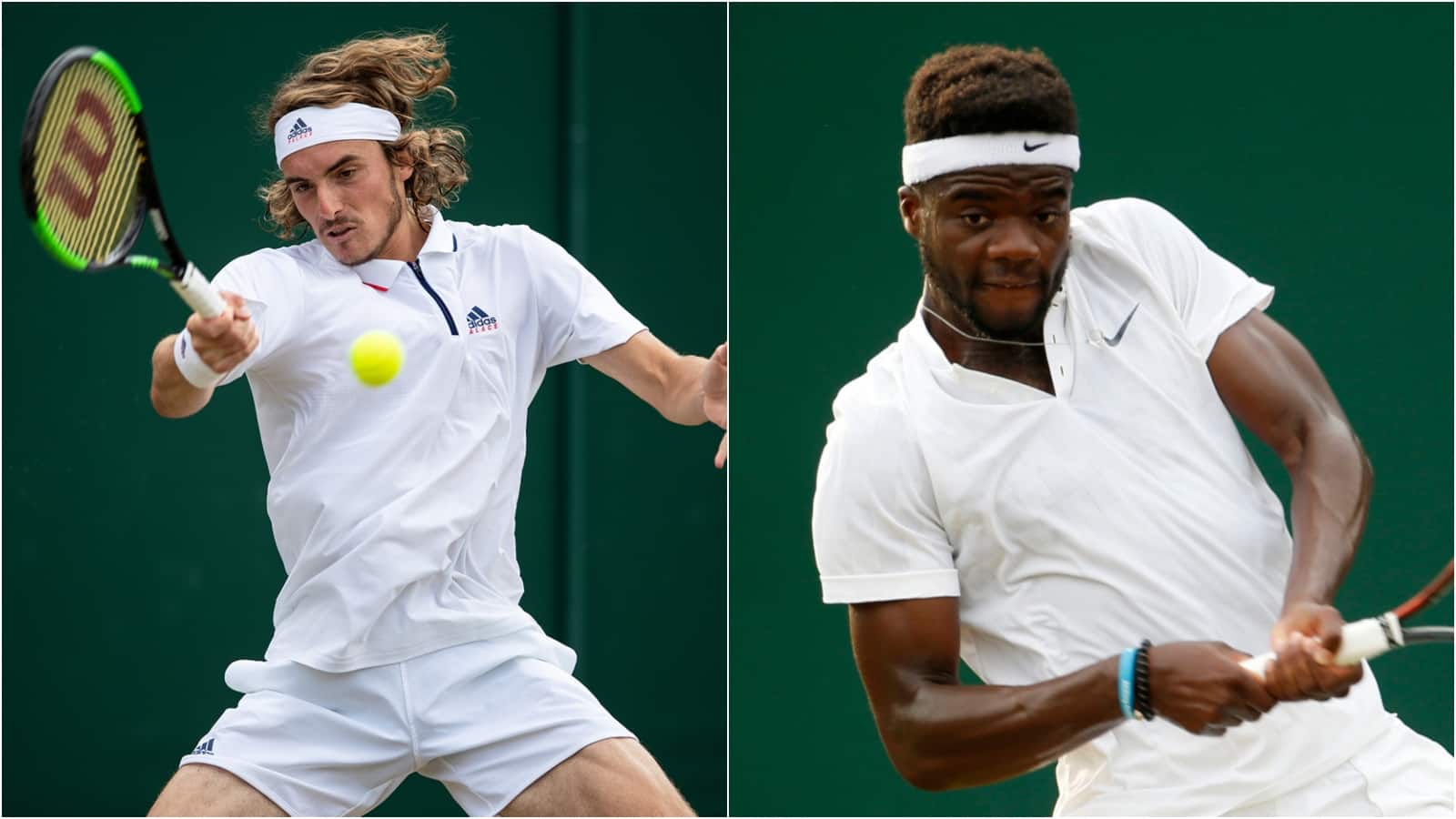 In the opening round of the Wimbledon 2021, World No. 4 and the 3rd seeded Stefanos Tsitsipas will be up against World No. 56 Frances Tiafoe.

Stefanos Tsitsipas will make his 4th appearance at Wimbledon this year and is one of the top title contenders for the title after his amazing run at the 2021 French Open where he finished as the runner-up. Tsitsipas lost in a first round 5-set thriller at the 2019 Wimbledon. His best result so far at Wimbledon has been his 4th round run at the 2018 Wimbledon.

Tsitsipas will be playing his first tournament on Grass this season after he decided to pull out of the ATP Halle Open 2021 which was set to begin the next day after his French Open finals. Tsitsipas chose to sit out to recover from his personal loss and a gruelling fortnight at the Roland Garros.

Frances Tiafoe will be playing in his 5th Wimbledon Championships this year as he prepares to take of Stefanos. Of his previous 4 appearances, his best result came at the 2018 Wimbledon where he reached the 3rd round. Similar to Stefanos, Frances was defeated in the 1st round of the 2019 Wimbledon going out in 5-sets.

This will be their 3rd career meeting and first on Grass. They last played at the round stages of the 2018 Next Gen ATP Finals and like their first meeting, Stefanos emerged successful and leads the head-to-head tie 2-0.

Frances will come into the tie with a career Grass record of 16-13 and an overall season record of 18-14. He was 7-5 on Hardcourts and 4-7 on Clay before he commenced his Grass season this year. He can challenge Stefanos who will be playing his first Grass match in two years, but it will be a steep-hill climb for him to defeat the Greek star.

Stefanos will come into the clash with a 12-9 career Grass record and a fantastic season record of 39-9. He was 13-3 on Hardcourts, 22-4 on Clay and 4-2 on Indoor Hardcourts as he continues enjoying success this season having won two titles this season at the 2021 Monte Carlo Masters and later at the ATP Lyon Open 2021. Given his recent results, Stefanos will be the favourite.