World No. 24 Emma Raducanu is set to travel to Austria for the upcoming 2021 Upper Austria Ladies Linz tournament that will begin on 6th November in Linz and will be the last WTA-250 tournament of the season before the 2021 WTA Finals in Mexico that will end the season with a few WTA-125 tournaments remaining for the season.

Emma posted a short clip on her social media handle to inform and invite the fans for the final tournament of the season in Linz. In the video, Emma said, “Hey there, it’s Emma. I’m very excited to be coming to the Upper Austria Ladies Linz tournament this November. Hope to see you there, bye.“

Emma’s chances of qualifying for the WTA Finals took a massive hit after her defeat at the 2021 Indian Wells where she lost in the 2nd round in straight-sets to World No. 100 Aliaksandra Sasnovich in her first match since winning the 2021 US Open. Emma did have an outside chance of qualifying for the WTA Finals but the Indian Wells defeat has almost ended her chances.

Since Indian Wells had a massive 1000 points on offer and given Emma’s form many expected she could make a good run but an early defeat followed by a withdrawal from the WTA-500 Kremlin Cup, has almost ended her chances to make it to Mexico for the year-end championships. 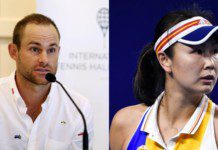 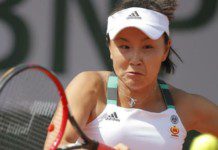